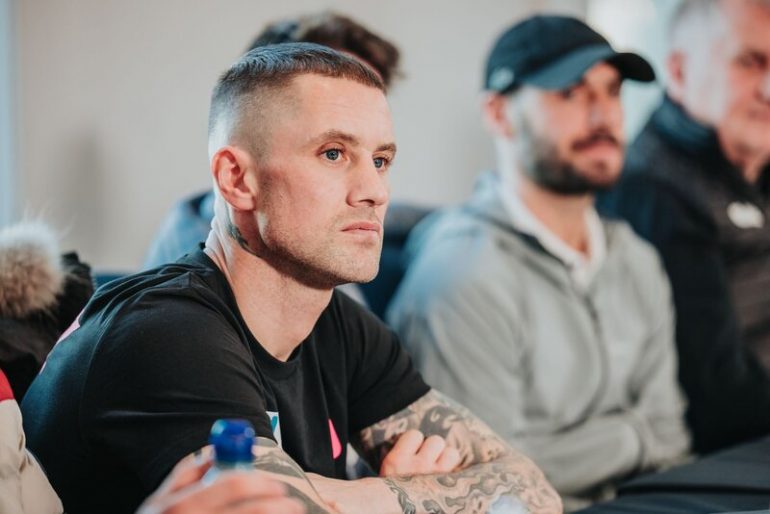 When Ricky Burns dropped a 12-round majority decision to Welshman Lee Selby in October 2019, there was an air of expectancy that the proud Scotsman would hang up the gloves. He was 36 years old and had crossed every ‘t’ and dotted every ‘i’ during a remarkable 18-year professional career.

Burns, however, has never paid attention to critics. If he had, then he wouldn’t be a former three-weight world titleholder and one of the finest fighters his country has ever produced.

On Saturday, Burns will have his first fight in over two years, when he takes on Argentina’s Emiliano Dominguez at the Rainton Meadows Arena in Sunderland, England. The bout will be contested over 10 rounds at a pre-agreed weight of 139 pounds.

“I knew after Selby that I still wanted a few more,” Burns told The Ring. “Last year, there was a few fights that fell through, so I was keeping myself in the gym. I was supposed to be boxing in May, but I had to pull out because I wasn’t being given enough time to prepare. That’s the first time I was asking myself, ‘What am I going to do?’”

Burns (43-8-1, 16 KOs) was proactive and took up a coaching position at Boxing Scotland which has given him a new focus. Their gym is located in Glasgow, and some of the finest amateur fighters in the country will benefit from the raft of experience that Burns has accrued. The ex-champ, who took out a trainer’s license earlier this year, has travelled to Serbia and Russia with Team Scotland and is fully committed to the role going forward.

And there’s been a change with Burns’ own training setup. Since 2014, he had been working under the tutelage of acclaimed coach Tony Sims at his gym in Essex. Success was mixed, but Burns did capture the WBA junior welterweight title in 2016 and defended it in style with a hard-fought 12-round unanimous decision over Kiryl Relikh. 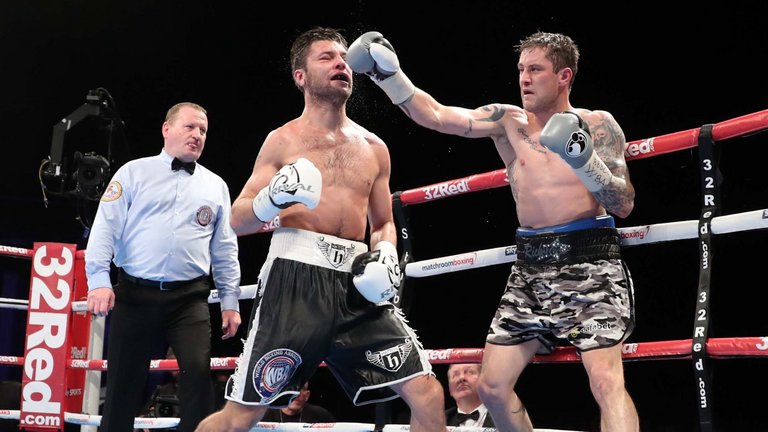 Following on from the Selby setback, there was the testing times of the pandemic, and Burns decided that it would be more practical to train in Scotland.

“Mark McKeown, a boxer from Coatbridge (Burns’ hometown), had been struggling for sparring so I was in the gym helping him out for one of his fights,” he recalled. “That’s how I got to meet his coaches – Barry Clark (head-trainer), Kevin Morrison and Gary Smith. I get on really well [with the new team], the camp has been really good, and the bonus is that there’s no more travel and no more time away from the family.”

At 38 years of age, Burns is unquestionably in the twilight of his career, but his drive in the gym has never diminished. He is in excellent shape ahead of this bout and feels more than ready for Dominguez (26-9-1, 10 KOs) despite the fact that he hasn’t studied him whatsoever.

“Let them worry about me, rather than me worry about them,” laughed Burns. “Barry and the team have been watching him. He likes to come forward, he likes to get involved, and he tries to rough you up. I know what to expect and I can box when I need to. But nine times out of 10 I like to have a fight. I’m going out there to enjoy myself – that’s the main thing.” 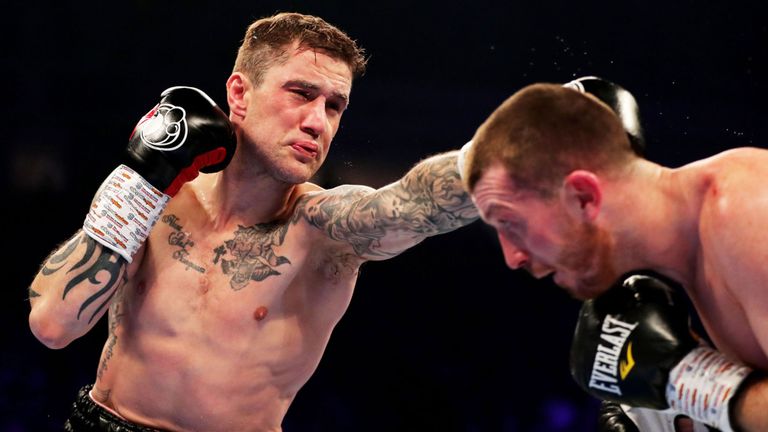 Having been around Burns more than any other professional fighter, I always knew that he would seek to prolong his career. During three title reigns, he made no secret of the fact that he would fight on when his championship years had ended. He was born for the sport and loves it. If he could, Burns would fight 100 pro fights, and while that might be beyond him at this point, he’s certainly not looking upon Saturday as a swansong.

“I’ll take it one fight at a time and we’ll see where I go,” said Burns, who claimed world titles at 130, 135 and 140 pounds. “This is my 53rd professional fight, but I don’t feel any different to how I did when I was younger. With that said, I don’t kid myself on. I need to get Saturday out of the way first.

“Before I officially hang up the gloves, we need to get a big night in Glasgow. The fans always came out to show their support. They were always unbelievable; one of the best crowds to fight in front of, and it would be good to get one more.”

Also appearing on the Sunderland show will be Lewis Ritson, who takes on Mexico’s Christian Uruzquieta. The former British lightweight champion, who is now campaigning at 140 pounds, completed six weeks of sparring with Burns and both men benefitted from quality work.

Burns vs. Dominguez and Ritson vs. Uruzquieta will be broadcast on AXS TV and Fight Network in the U.S. and Canada, and will be available on Free Sports in the U.K.