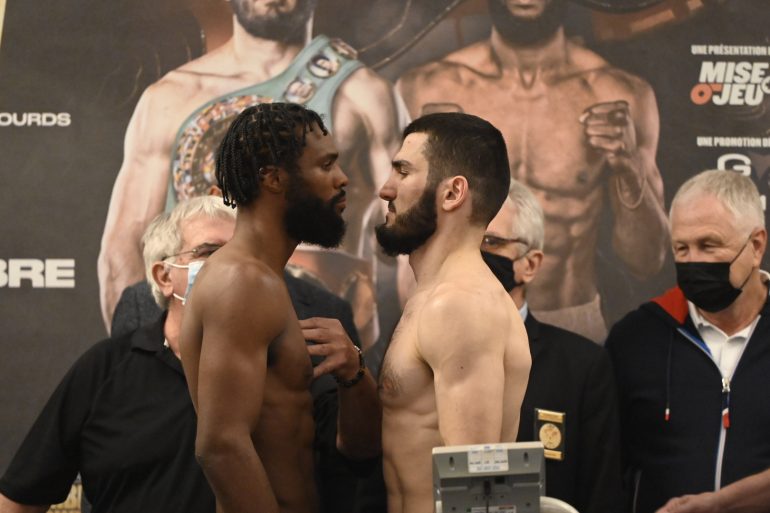 Shortly after making the 175-pound weight limit, Marcus Browne watched as the unified light heavyweight titleholder Artur Beterbiev checked in slightly over the limit. Though Beterbiev quickly shed the fifth of a pound needed to weigh-in for their title fight this Friday in Montreal, Browne wanted to show he was ready, not just to beat the scale, but to beat the champion too.

“Y’all need to tell your champion to make weight,” Browne (24-1, 16 knockouts) exclaimed on Twitter, ahead of the bout, which headlines a Top Rank promoted bout on ESPN+, beginning at 8 p.m. ET.

For Browne, 31, his mandatory challenge for the WBC/IBF titleholder at the Bell Centre is a chance to manifest the promise that he had showed after coming out of the 2012 Olympics as one of the country’s most promising prospects.

There have been speed bumps along the way, like a debated split decision win over Radivoje Kalajdzic in 2016, or his 2019 defeat to Jean Pascal, who had dropped him three times and bloodied him in a technical decision win. But there have also been flashes of brilliance, like his gory victory over former titleholder Badou Jack.

Against Beterbiev (16-0, 16 knockouts), the Staten Island, N.Y. native will need to have a performance closer to the latter. Beterbiev, 36, of Montreal by way of Khasavyurt, Russia has torn through the opposition in the professionals, stopping Oleksandr Gvozdyk in 10 rounds to unify the belts in 2019, and brushing off some rust to stop Adam Deines in his last bout in March.

“He’s a tough guy but it’s not like he can’t be conquered. They make it seem like he’s invincible, I don’t believe that. He got dropped by Jeff Page,” said Browne. 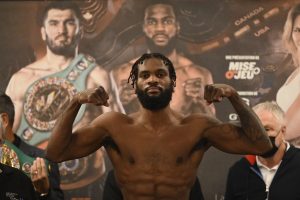 This bout will be the first time Browne will be stepping in the ring led by a new coach.

Browne is now working with Derrick James, the Dallas-based trainer who has guided Browne’s Olympic teammates Errol Spence Jr. and Jamel Herring, plus unified junior middleweight champion Jermell Charlo. Browne, who has worked with James for four months, initially moved with his family to Dallas just to get out of New York City, and had intended to rendezvous with his trainers in Colorado when it was time to begin camp. But Browne found it comfortable training with James, enjoying the understated tranquility of the gym in Texas.

“This is really the first time that I’m going to into a fight feeling this good. I feel like we covered everything,” said Browne, a southpaw.

James is confident that the new partnership will prove successful as well. With a victory, James could become the first trainer in history to train three unified champions at the same time, with Browne joining Charlo and the unified welterweight titleholder Spence.

“I know Marcus will do what I ask him to do. When he came to me, he was already a good fighter and I just helped him build on that. I believe in myself, and I believe in Marcus,” said James at Wednesday’s press conference.

Browne acknowledges that the odds are against him on Friday, but he wouldn’t have it any other way.