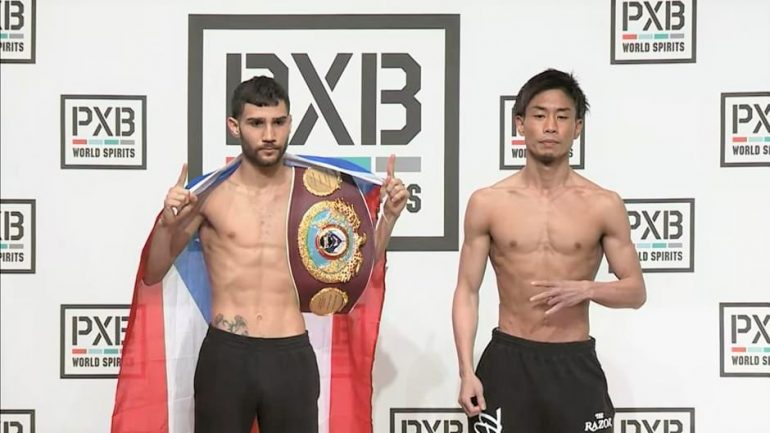 With the Omicron variant of the COVID-19 virus causing alarm in many countries, Japan was one of the first ones to impose severe travelling restrictions that ultimately caused the cancellation or postponement of several high-profile boxing matches.

Fortunately, Wilfredo Mendez arrived safely in Japan two days ahead of the start of the travel ban, and he is now ready to defend his WBO strawweight belt against Masakata Tanigushi in Tokyo’s Ryogoku Sumo Arena on Tuesday, Dec. 14.

“Only one Japanese media crew came in to take pictures and perform interviews,” said Mendez (16-1, 6 knockouts) about his sparsely-attended open training last week, “because they are taking all the necessary protocols for COVID and they don’t want me or my team to get the virus.”

The 25-year-old Puerto Rican fighter traveled to the Land of the Rising Sun with his team of Yoel Gonzalez, Freddy Trinidad and Luis Medina, and will attempt to make the third defense of his title in a fight that, under the new circumstances, he is lucky to be in. 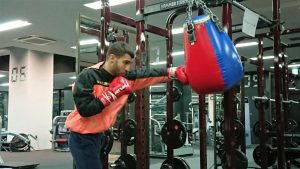 “We were very fortunate. Imagine that we have been 22 months without a fight, and then they could have cancelled this fight too. Just to think about it, it’s tough for me. But thanks to God and my managers Raul Pastrana and Jose de la Cruz, we made the adjustments to get here just in time”.

The early arrival helped Mendez settle in and make the necessary adjustments after such a long trip.

“We are in a very peaceful place,” said “Bimbito”. “We arrived on November 28th and we are completely isolated and fully focused on this fight. No excuses, they are treating us very well.”

That treatment also extends to his dietary requests, which is a vital adjustment for any fight abroad.

“I must say that meat here is excellent. This is what I have been eating. I didn’t want to eat new or strange dishes because I didn’t know how I’d take them. I want my stomach to be well until the end of the fight.”

Dietary restrictions are a concern for Mendez, both for himself and especially for his opponent, since he had to postpone his previously scheduled bout with Carlos Buitrago due to the Nicaraguan’s inexplicable 10-pound excess ahead of their proposed August 2021 bout, which ultimately had to be scrapped completely.

That will not happen this time, since both Mendez and Tanigushi made the 105-pound limit on Monday’s weigh-in and are now ready to step into the ring.

“I feel very strong and motivated to give my best tomorrow,” said Mendez after stepping down from the scales. “I have matured as a fighter, and any fight that my opponent may propose I will decipher. The best man will win.”

Mendez-Taniguchi will be the co-main event of a card headlined by Naoya Inoue defending his unified IBF/WBA bantamweight titles against Thailand’s Aran Dipaen.