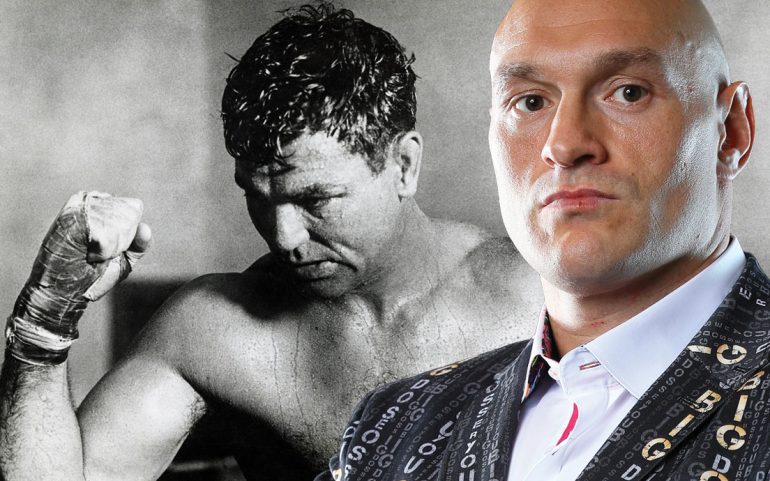 Fifty-eight pounds in weight, five-and-a-half inches in height and 10 inches in reach.

When the legendary Jack Dempsey blasted his way through heavyweight champion Jess Willard in three rounds at the Bay Park Arena in Toledo, Ohio, on July 4, 1919, these were the physical disadvantages that The Manassa Mauler had to overcome. Willard, a 6-foot-6½ 245-pounder, was a colossus in his day, but he didn’t have the speed, the coordination, the athleticism, the reflexes or the skill to fend off a tiger like Dempsey.

Fast-forward over a century: Ninety pounds in weight, eight inches in height and 12 inches in reach.

These are the physical disadvantages that the 187-pound Dempsey would have had to overcome against reigning heavyweight champion of the world Tyson Fury. And crucially, Fury does possess speed, does possess coordination, does possess athleticism, does possess great reflexes and does possess a vast array of skills.

“To be able to move and slip and slide, I’m just an absolute freak of nature, because it shouldn’t be possible for someone of my size and weight to be able to move like me,” Fury told The Ring.

“If you go back to Jack Dempsey’s days, to get a man my size, [the talk would be] this man can’t box, he’s too big, he’s a circus freak. You actually see me move now, so I have a God-given talent, that’s for sure, and I’m glad that I brought that into boxing.”

The Dempsey and Fury stats are not intended to lay the groundwork for some hybrid mythical matchup; they merely serve to highlight the concept of evolution when it comes to both human beings and sports. Dempsey was the best in his day and Fury is the best today – that’s all that matters.

The Ring was founded in 1922, and Dempsey, almost three years into his title reign, became this publication’s very first champion. The heavyweight title has since changed hands on 28 occasions and many of its former holders are among the most iconic and revered fighters in boxing history.

When he was informed of The Ring’s 100-year anniversary milestone, Fury graciously agreed to offer his own insight into some of the great glamour division warriors who preceded him. The result was a fascinating contribution from The Ring’s reigning heavyweight champion, who rarely gets the opportunity to demonstrate his vast historical knowledge. 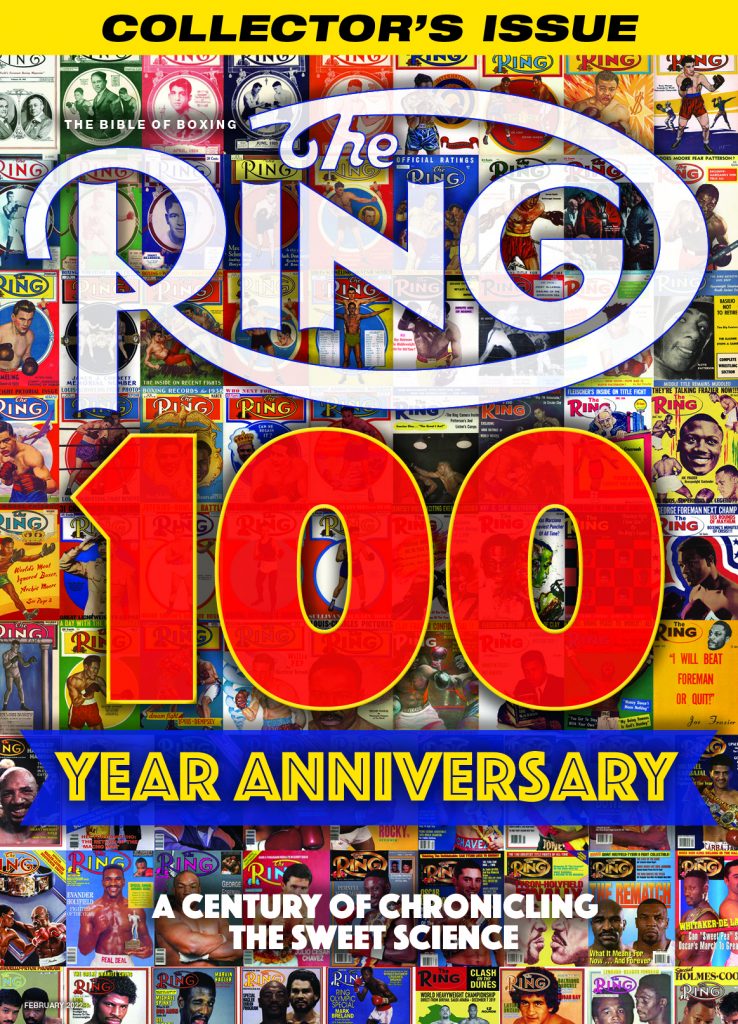