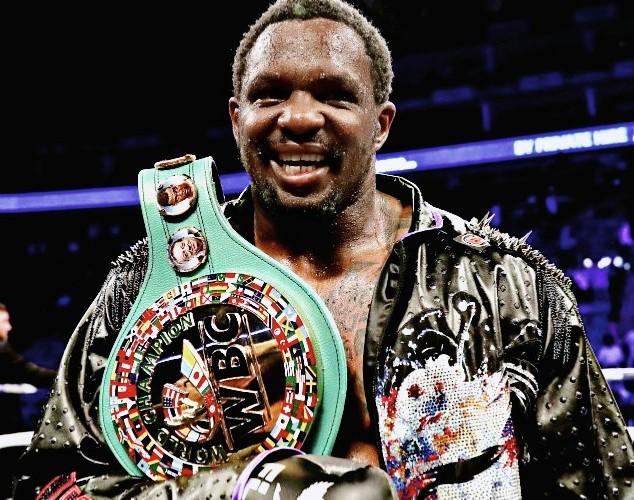 Dillian Whyte once again holds the WBC's interim title, which makes him the mandatory challenger for the Wilder-Fury rematch winner.
07
Dec
by Diego Morilla

Dillian Whyte may finally get his money’s worth.

With a brief notice posted on their official website, the WBC has indicated that the Mexico-based organization “hereby orders the start of the free negotiations period pursuant to the WBC Rules & Regulations for the mandatory bout between WBC World Heavyweight Champion Tyson Fury and Mandatory Challenger and WBC Interim World Champion Dillian Whyte.”

Both promoters (Top Rank and Queensberry Promotions for Fury, Matchroom for Whyte) will now have 30 days to come to an agreement on their own in order to avoid what could be a very contentious purse bid that could pose an entire new set of challenges for everyone involved.

Whyte, rated No. 4 by The Ring and current WBC “Interim” titlist (a belt not recognized by this publication) has been known for complaining about the WBC not applying enough pressure to validate the many WBC second-tier title belts he has won over the past seven years. Whyte has gone as far as suing the WBC in order to force a world title opportunity.

From “international” to “Silver” to “Diamond”, Whyte has repeatedly stated that he has paid enough sanctioning fees to be taken seriously by the organization run by Mauricio Sulaiman, and now he appears to be getting his wish.

In the event of a purse bid being forced by the lack of an independent agreement, things could get ugly.

The usual 70-30 or 75-25 splits could be questioned by Whyte, who will probably demand to come to the table as an “interim” titlist and not just as a No. 1 contender. This could trigger demands of a more even split among the fighters, something that Fury (who has already hinted that he leans towards an 80-20 split in his favor) may not be willing to accommodate.

Fury (31-0-1, 22 knockouts) is coming off an explosive end of his trilogy against Deontay Wilder, which has driven his market value through the roof in another defense of his Ring championship belt.

Whyte (28-2, 19 KOs) scored a demolishing come-from-behind stoppage of Alexander Povetkin in a rematch to lift the apocryphal belt that he had earned against Oscar Rivas back in July of 2019. He later suffered a rather conveniently timed shoulder injury during his preparation to face Germany’s Otto Wallin back in October 30, withdrawing from that commitment just as he was being announced as Fury’s mandatory challenger.