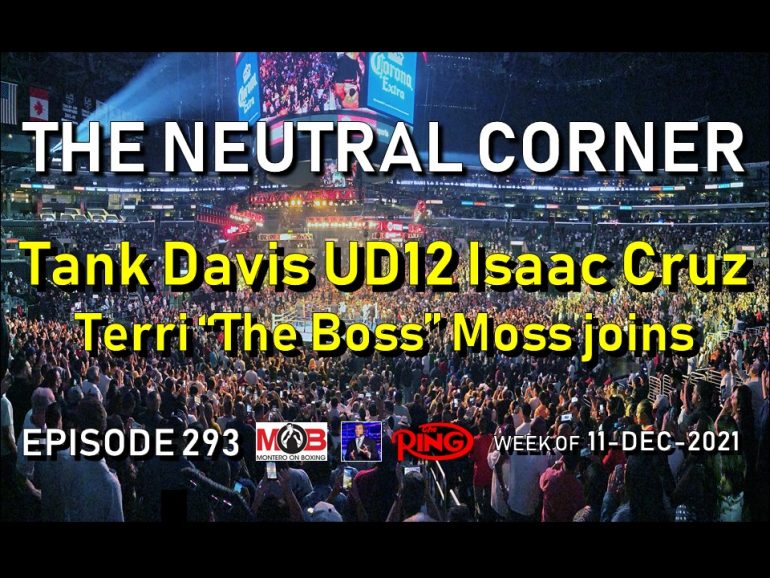 On episode 293 of The Neutral Corner boxing podcast, host Michael Montero was joined by boxing promoter and former fighter Terri “The Boss” Moss. This coming Saturday in Atlanta, Moss is promoting another “Underground Showdown” fight card at her gym, Buckhead Fight Club. Montero will be doing ringside commentary for the free stream on the WBC Live Channel.

Atlanta area fans who want to attend the show can buy tickets here.

“We’ve done more boxing here in Georgia this year than we’ve done in a hundred years,” she told Ring. “For the people who say Atlanta is not a boxing town, well, they can’t say that anymore. I’ve done about 20 shows this year myself at my facility.”

“The market has been flooded. Right now there are a lot of promoters from other states coming in and doing shows here in Atlanta. I think it’s time for the local promoters who have been doing shows here for a while to come together and co-promote shows to cut down on the busy schedule here, rather than competing with each other.”

“We’ve got some great prospects fighting Saturday that we’ve known since the amateurs. And we’ve got local ticket sellers as well. We’ve got a Russian heavyweight for the main event. It’ll be a great show.”

On Sunday, December 5 in Los Angeles, Gervonta “Tank” Davis fought through a left hand injury to beat Isaac Cruz in a close bout. The Mexican performed well, blocking most of Tank’s power punches, while connecting with numerous body shots throughout. The lightweight fight headlined a Showtime PPV broadcast.

“I’m pretty pumped for the Top Tank card this Saturday,” said DJ. “I definitely like Lomachenko to beat Commey. But I like the way they stacked that card with Keyshawn Davis, Xander Zayas and Jared Anderson. I prefer that over these recent PPV cards.”

Michael Montero can be found on social media via @MonteroOnBoxing. His show “The Neutral Corner” can be seen every Monday on TheRingDigital YouTube channel, and heard on audio podcast platforms around the world.
Share this story