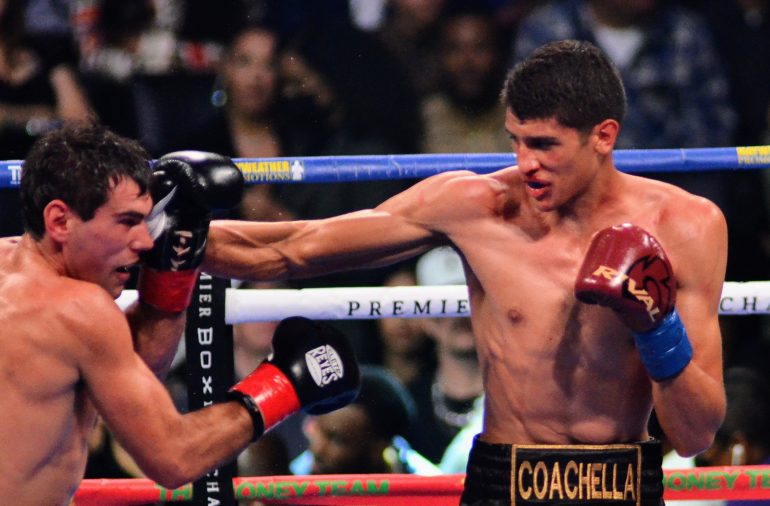 Sebastian Fundora had his rangy hands full with his unbeaten but unheralded Spanish opponent. Photo by German Villasenor
05
Dec
by Michael Montero

Sebastian Fundora, The Ring’s No. 7-rated junior middleweight, handed Sergio Garcia his first professional loss on Saturday in Los Angeles, scoring a workmanlike unanimous decision in the co-main of the Gervonta Davis vs. Isaac Cruz card on Showtime PPV.

“I wanted to display a lot of boxing in this fight,” he said in the ring after the bout. “In the second half of the fight, we switched up the pace and started moving a lot more. I just wanted to display something different.”

“I’m ready for whatever the PBC team has for us.”

In terms of styles, these two didn’t exactly set the world on fire. It was awkward affair between Fundora, a southpaw standing at 6’5”, and the 5’11” Spaniard, who fights orthodox. Both landed plenty of good punches, but neither showed enough world class power to hurt their opponent.

Garcia (33-1, 14 KOs) made Fundora earn his rounds, landing some nice uppercuts and even pushing his much taller opponent back a few times. But Fundora did the better, more consistent work throughout. And the Florida native who now calls Coachella, California home proved that he could go a hard twelve rounds against a world class opponent.