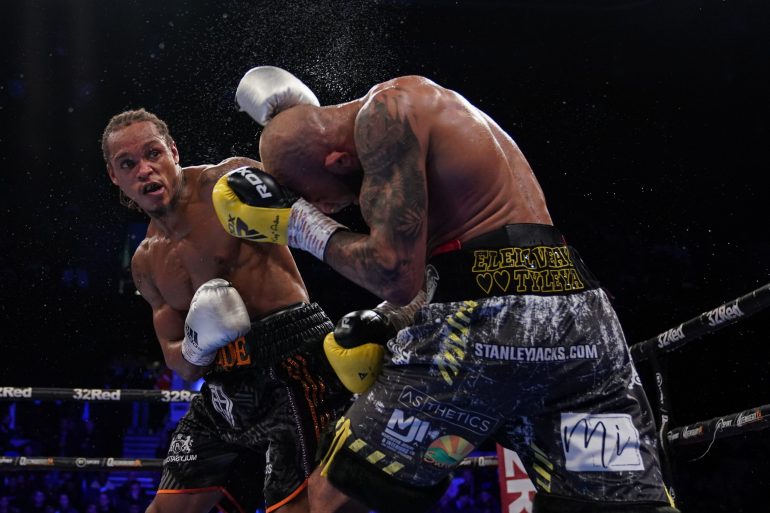 The rematch took place 364 days after Arthur upset Yarde by split decision. On that occasion, Yarde was very passive and labored early on, but this time around the 30-year-old Londoner started fast, pressing the action from the get-go.

A combination midway through the opening round set the tone and had Arthur backing up.

From the start of the second round, Arthur, who realized he had to be more offensive and hold his ground, looked to dictate with his jab on the front foot.

Yarde (22-2, 21 knockouts) jumped back into the ascendancy in the third, while Arthur (19-1, 13 KOs) landed some of his own shots and as the round came to a close with both men exchanging heavy leather.

The fight was nicely poised entering the fourth round. Arthur landed a good right hand to which Yarde replied with a sustained combination to head and body. Arthur covered up and looked to weather the storm, however, when Yarde found a home for a shot to the solar plexus it was the beginning of the end. A chopping right hand dropped Arthur and although he tried to get up, he was counted out at 1:27 of the fourth round by referee Bob Williams.

It was a career best performance by Yarde, who won the Commonwealth title and also put himself in position to face the winner of the WBO light heavyweight title fight between Joe Smith Jr. vs. Callum Johnson on January 15.

“I told you, I knew what I had to do,” said Yarde, who touched on the personal struggles he went through in 2020. “My mind was not there for the first fight; I was spaced out. I had been through a lot last year. I knew what was at stake [this time.]

“I think I hurt him in the first round and I said, ‘Be patient, it’s going to come.’ When I let my hands go and I land there’s no light heavyweight in the world who’s going to with stand it.”

Frank Warren confirmed a recent conversation with Top Rank’s Bob Arum of the intention to match the victor with the Smith-Johnson winner.

“He’s earned it, he was devastating tonight, it was a good fight while it lasted,” said the Hall of Fame promoter. “You could see what Lyndon’s tactics were, [Yarde] wouldn’t be denied, he was on a seek and destroy mission, he’s a tremendous finisher.”