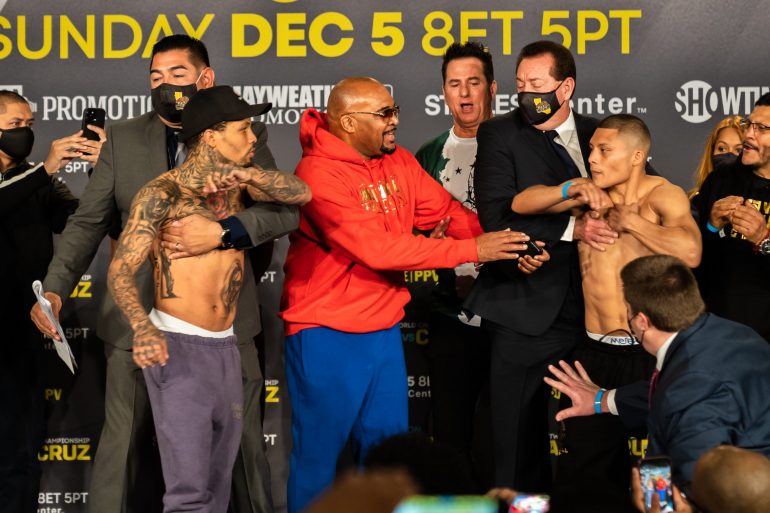 Gervonta Davis and Isaac Cruz weighed in at 134.5 pounds apiece (half a pound below the lightweight limit) for their Sunday, Dec. 5 bout at Los Angeles’ Staples Center. 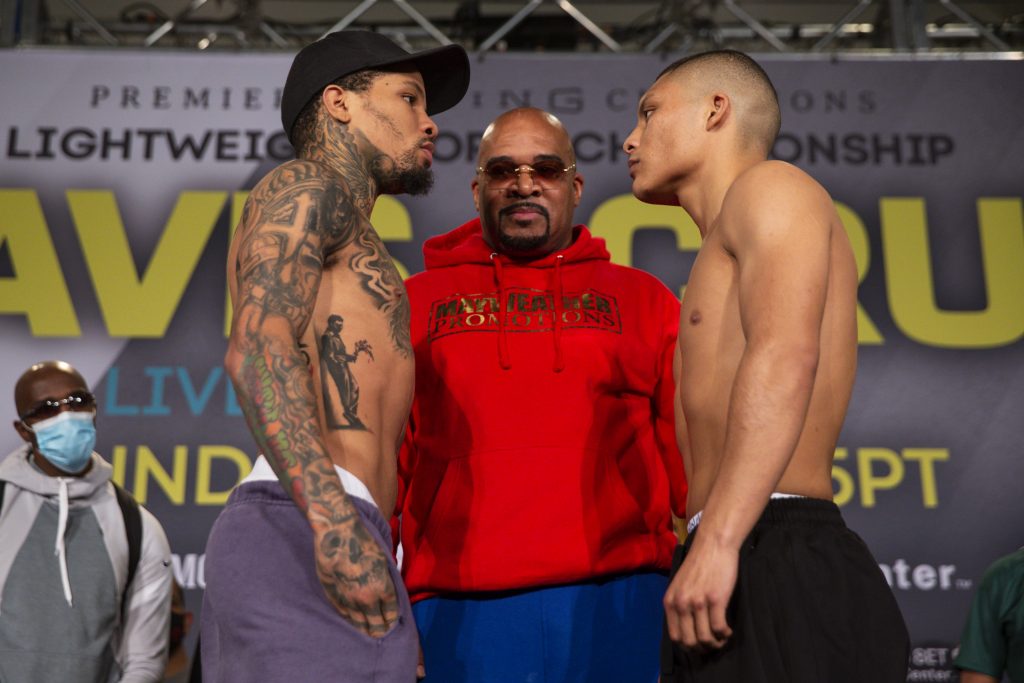 Sebastian Fundora weighed in at 153.25 pounds and his opponent Sergio Garcia stopped the scales at 153.5 ahead of their junior middleweight co-main event 12-round tussle. 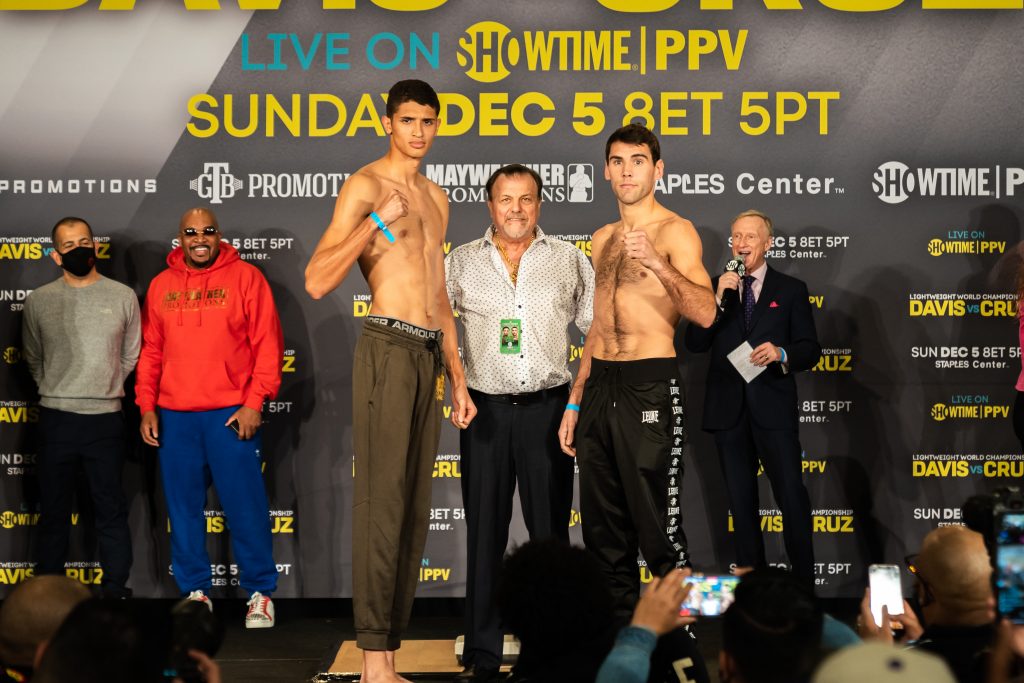 Sergey Derevyachenko and Carlos Adames weighed in at 159.5 pounds each for their middleweight undercard 10-rounder. 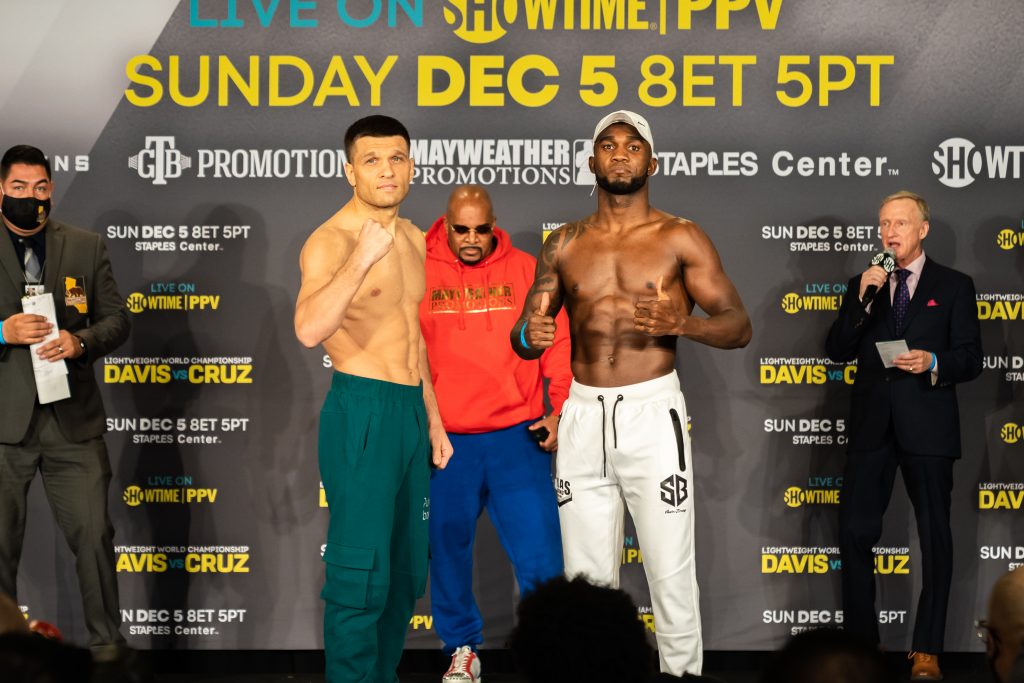