Joseph Diaz: I want to shut Devin Haney up, I want to humble his ass 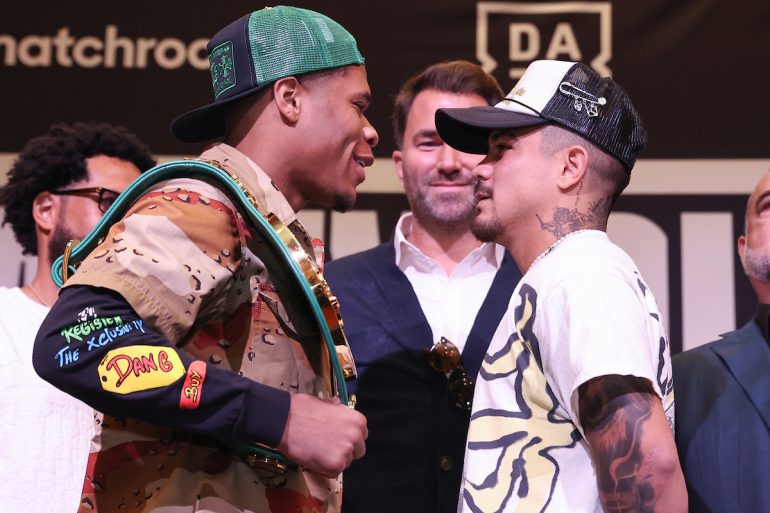 Joseph “Jo Jo” Diaz has had a rollercoaster ride over the last two years. He’s won a world title, he’s had issues with management, he’s been charged with DUI following a car crash, he’s become a father again and lost his title for failing to make weight against Shavkhatzhon Rakhimov.

Diaz, who is rated No. 6 by The Ring at lightweight, did a lot of soul searching following the Rakhimov fight and has decided to recommit himself to the sport that has served as an outlet for him during battles with depression.

A victory over Javier Fortuna earned Diaz an opportunity to fight Devin Haney for the WBC world title. Diaz could become a two-weight world titleholder should he prevail on Saturday at the MGM Grand in Las Vegas (DAZN, 8 p.m. ET/ 5 p.m. PT).

At Friday’s weigh-in, Diaz weighed 134.4 pounds. Haney came in at the lightweight limit of 135 pounds.

Diaz is grateful for the opportunity to fight for a world title and is using Haney’s colorful pre-fight rhetoric as motivation.

“I’m taking this very personal,” Diaz recently told The Ring. “This is the opportunity that I’ve been dreaming for my entire life. Given the fact that God has blessed me with this opportunity, I’m taking it very personal. Devin Haney is a tremendous fighter. I’ve been busting my ass. I’m going to do everything I possibly can to come out victorious that night. 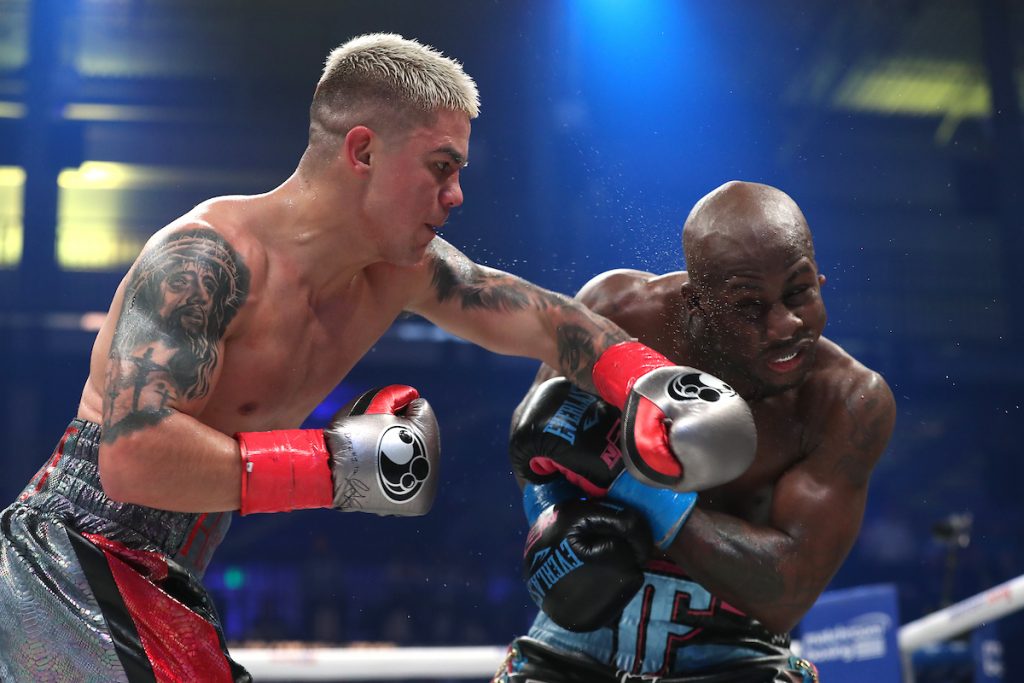 Diaz has been to the top, winning the IBF junior lightweight title from Tevin Farmer on January 30 of last year. Due to the ongoing pandemic, travel issues and Rakhimov testing positive for COVID, Diaz’s first defense did not come until February 13 of this year. Diaz would come in 3.5 pounds over the junior lightweight limit and was stripped of the IBF title.

Diaz was disappointed with himself and the fallout from the Rakhimov fight, but took accountability for his actions.

“It was unfortunate that I wasn’t able to defend my world title, but I know that everything happens for a reason,” said Diaz, who has been promoted by Golden Boy since turning pro in December 2012 after representing the U.S. in the London Olympics.

“Of course I was devastated in losing the title on the scale. After the fight, I sat back and I prayed. I was talking to God and I knew he was going to open up another door for me because he knows my heart and how much I wanted to defend a title and be in the spot that I’m at. He gave me a blessing where I saw an opportunity: Ryan Garcia pulled out of the Javier Fortuna fight. I knew that was the opportunity for me to go out there and execute and take advantage of that opportunity. That’s what I did. I felt, overall, it was a great experience because it made me realize that 135 pounds is my weight. I’m able to keep my speed, gain more power, more endurance and not cut (weight) as much. Come fight night, I will be at my best at 135.” 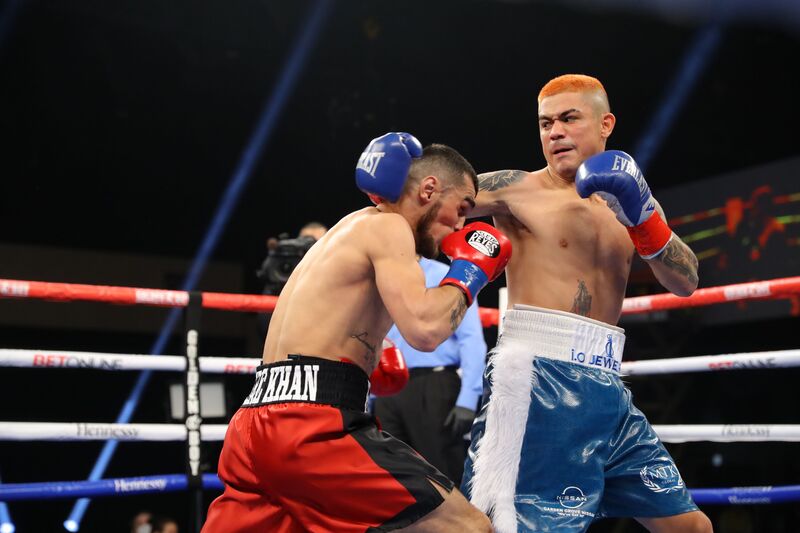 Diaz mixing it with Rakhimov. Photo by Tom Hogan-Hoganphotos/Golden Boy

Haney is a big favorite but Diaz is unconcerned about the odds and believes he has more intangibles. Throughout the twists and turns he’s endured, the challenger believes he is a much wiser person and a smarter fighter.

“I’m pretty sure he has a good team behind him telling him what the deal is,” said Diaz. “At the end of the day, experience is the key. He hasn’t been there in tough fights yet. His toughest fight was Jorge Linares and that was a tough one. Linares is on his way out. I’m 29 years old. I’m at my prime right now. I’m at the point in my career where I want to take on the best and take on all the tough challenges and take on all the young up-and-coming fighters like Devin Haney and Ryan Garcia. I want to showcase to everybody that I want to take on those tough challenges. It’s going to be a tough test for both of us. Devin Haney is a hungry, young lion that wants to take that next step into superstardom. I’m a young, hungry veteran that wants to take that superstardom as well. It’s going to be an excellent night for the fighters.

“(Winning the WBC lightweight title) is going to be just as satisfying as winning the first title. Just knowing that all the hard work that I’ve been putting throughout my whole entire life and my career, all the discipline and sacrifices, it’s going to pay off. After I become champion again I’m going to hug my son and thank him for giving me that motivation and continue to inspire the youth and those fans that follow me. I just want to be that light and motivation for the people and have them realize that dreams do come true.”