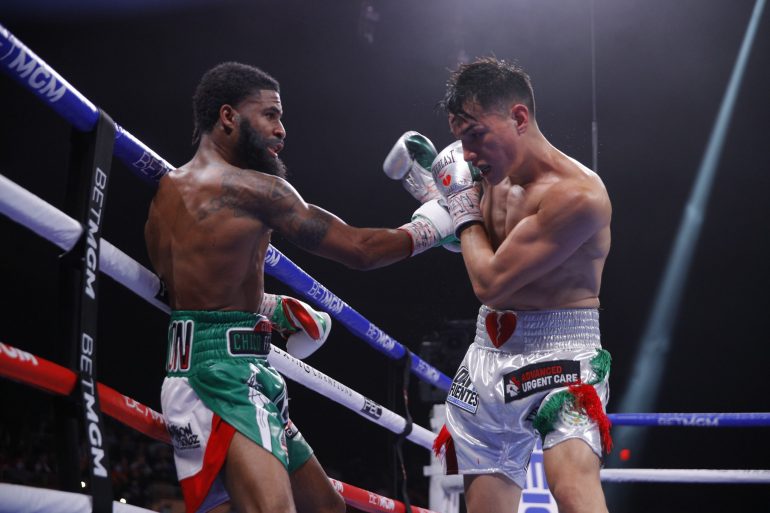 You need to understand Stephen “Cool Boy Steph” Fulton. The proud Philly fighter is a perfectionist. He likes to dress sharp. He doesn’t miss a button. He was a clean freak even before the COVID-19 pandemic hit.

And when he fights, he fights clean. He throws precise punches. He’s technically sound. He’ll study his footwork. Where his hands are placed. The angles he works. Where his punches land.

Fulton (20-0, 8 knockouts) landed many clean ones on Brandon Figueroa (22-1-1, 17 KOs) last Saturday night to unify the WBO junior featherweight title he holds while taking the WBC 122-pound title away Figueroa.

So, after winning a majority decision on national TV that had the boxing world abuzz with Fight of the Year talk, the one guy on Team Fulton who wasn’t pleased with how everything turned out was Cool Boy Steph himself. 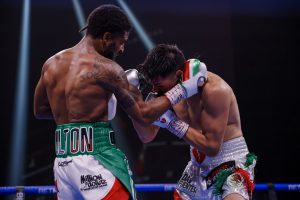 “I just didn’t want to leave any doubt, and there were some people who had doubt,” Fulton said. “I know I won. There’s no doubt about that. I landed the cleaner punches. Figueroa is the ninth undefeated guy I beat. I also feel I don’t get the kind of recognition I deserve because of my weight class.

“After the fight, I heard doubt. I wanted to see what these people were saying for myself, so I watched a replay of the fight, and I’m honest with myself, sometimes too honest. No one is going to be harder on me than I am on myself.”

Fulton watched a replay of the fight and found something out—he did win.

Figueroa would not accept what he heard.

“You really think you won that fight?” an upset Figueroa asked Fulton. “Everybody here knows I won. I put the pressure on for 12 rounds, I hurt him like five times. I came to fight. I didn’t come to hold.”

“Then Brandon has the balls to ask me if I won or not, I mean, come on, really?” Fulton said. “I want to unify. That’s the priority. Like I said right after the fight, look at his bruised, beat-up face and look at mine. I’m still pretty (laughs). I could have done way better than I did. That’s what bothers me. When I look back at his reaction, I heard he was a little a—hole back in his hometown. That didn’t surprise me.”

Fulton, going into the Figueroa fight was rated No. 3 by The Ring at junior feather, is aiming for The Ring’s No. 1-rated junior featherweight, Murodjon Akhmadaliev, who holds the IBF and WBA titles. Figueroa announced after the Fulton setback that it was his last fight at 122.

“I want MJ (Akhmadaliev) sometime early next year,” Fulton said, “then I’ll think about moving up to 126. Right now, I want to become the undisputed world champion (at 122). That’s my goal. Then I’ll face (Figueroa) again. He can bitch all he wants. I won that fight on the scorecards. I won that fight in the minds of anyone who knows boxing. We can run it back at 126—after I get all my belts (at 122).

“And I’ll beat his ass far worse than I did the first time.”