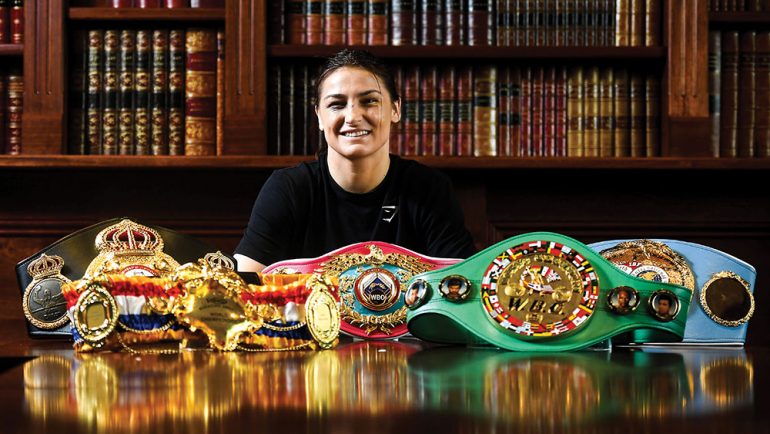 Katie Taylor and Canelo Alvarez sit atop of their respective pound for pound lists. Both are household names. Both have won multiple world titles. Both could retire tomorrow and venture to Canastota in a few years’ time as first-ballot Hall of Famers.

Instead, both have been busier than ever as world champions and lead the way in terms of ring activity at the elite level. Canelo fought four times in 11 months and captured every world title belt available at 168 pounds to secure undisputed status. On a similar schedule, Taylor will make the fourth defense of her undisputed lightweight championship in 13 months, when she faces WBA mandatory challenger Firuza Sharipova on December 11.

“You can do all the sparring in the world but nothing is the same as stepping in the ring and actually fighting,” said Taylor (19-0, 6 KOs) in a conference call with assembled media on Wednesday. “I just love staying sharp and when I stay busy you will see the best of me.

“The [downside] is you’re always in camp; you’re always training; you’re always putting your body under a lot of stress. That’s why it’s very important to train smart when you have that busy schedule. But I’m very happy to stay busy and I would hate to be sitting around waiting for a fight. That would drive me mad, I think, and I love the fact that I have fights to focus on.”

Neither Taylor nor Canelo will be struggling for big-fight options anytime soon. When you reach pound-for-pound supremacy, the amount of crosshairs on your back increase exponentially. Prospective opponents want that “pay-y-y-y day-y-y-y-y,” as Canelo might say, and they also want the glory that comes with knocking the world’s No. 1 fighter off their lofty perch. 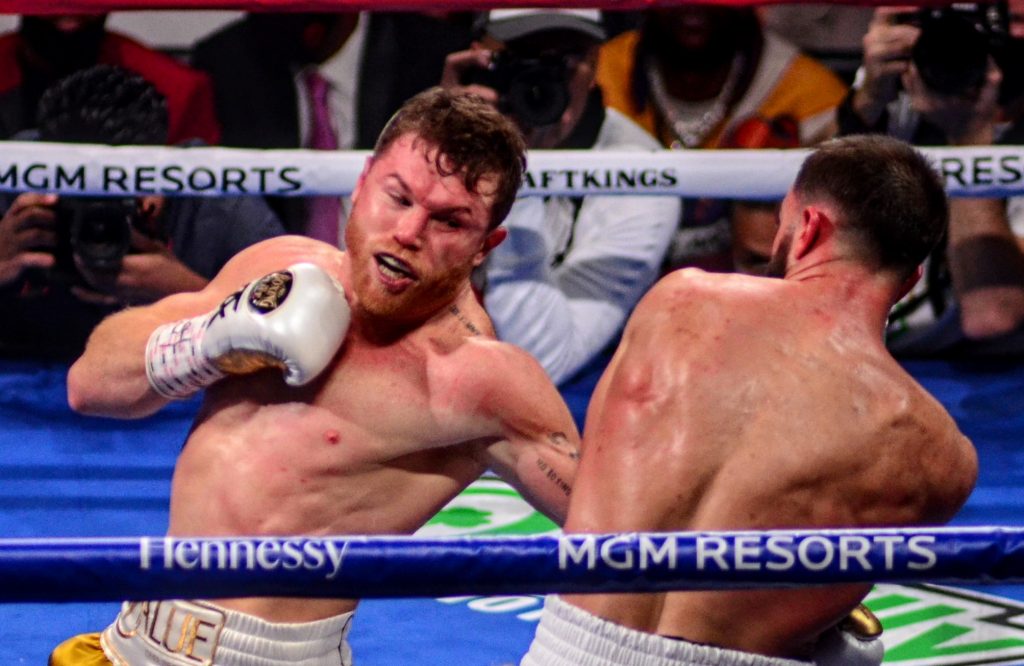 Canelo has admitted to being a huge fan of Ireland’s pound-for-pound queen and the feeling is mutual. Earlier this month, Taylor managed to catch up on the Mexican superstar’s 11th-round stoppage of Caleb Plant and was awe-struck by her pound-for-pound counterpart’s history-making triumph.

“It was a superb performance,” acknowledged Taylor respectfully. “I don’t know if you criticize him – the last few performances have been absolute masterclasses. Obviously, Caleb Plant is a superior boxer as well, but [Canelo was] so composed early on and you could just see the knockout coming near the end. Amazing power, amazing IQ and brilliant to watch. He can do it all and he’s the perfect boxer to study. The likes of him and Terence Crawford are both sensational fighters.”

Five pounds north of Taylor there’s an ongoing junior welterweight tournament that will ultimately crown another undisputed champion. Taylor’s old amateur rival Chantelle Cameron all but white-washed Mary McGee to unify IBF and WBC titles – and pick up the inaugural Ring championship – while Kali Reiss scored a points win over Jessica Camara to unify the WBA and WBO versions.

“I saw the fight last week with Reiss and Camara and it was very close,” opined Taylor. “I thought Kali finished the fight very well. She had spells where she was very good, but spells where she was being caught. There’s obviously improvements that will have to be made if she wants to beat Chantelle Cameron but it’s gonna be an interesting fight regardless.

“[The winner] would a huge fight for me in the future. Again, there’s so many big fights out there for me that it’s hard to focus on just one. There’s Amanda Serrano, then you’ll have the [undisputed] champion at 140 pounds as well. That’s a fight that I would absolutely love.”

Serrano? The Cameron-Reiss winner? A rematch with undisputed welterweight champ Jessica McCaskill? If Taylor gets her way, she’ll take them all on, but her Echo Arena debut against Kazakhstan’s Sharipova (14-1, 8 KOs) is first.

“It’ll be great to fight in Liverpool,” Taylor said with a smile. “There’s always a big Irish contingent there and I can’t wait.”

Taylor vs. Sharipova, Conor Benn vs. Chris Algieri, plus undercard action, will be broadcast live and exclusively by DAZN.