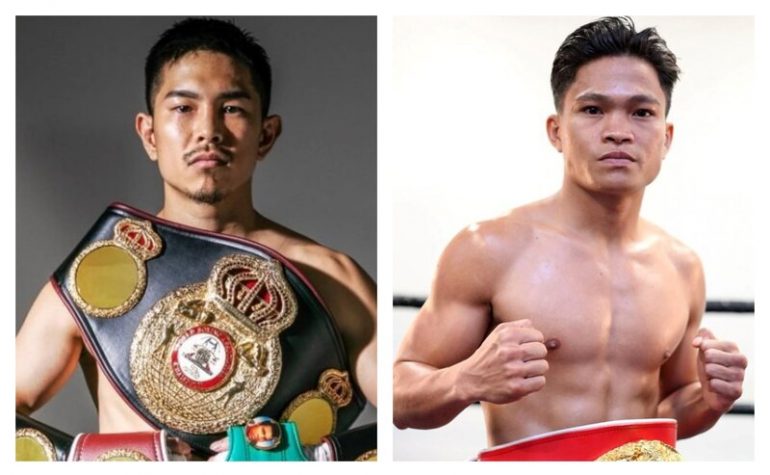 TOKYO, JAPAN (November 24, 2021) – Jerwin Ancajas (33-1-2, 22 KOs), from Panabo City, Philippines, and Kazuto Ioka (27-2, 15 KOs), from Tokyo, Japan, will put up their dukes and their respective IBF and WBO junior bantamweight world titles, when they collide in a world title unification battle on Saturday, December 31, at the Ota-City General Gymnasium in Tokyo. Promoted by Shisei Boxing Gym, Manny Pacquiao’s MP Promotions, TGB Promotions, and Knucklehead Boxing Promotions, Ancajas vs. Ioka – the New Year’s Eve test to be the best of the 115-pound division — will be the latest chapter in the storied Philippines-Japan boxing rivalry.

This will be the 10th title defense for Ancajas, who has reigned as IBF junior bantamweight champion since 2016. The ultimate road warrior, fighting in his opponents’ backyard is nothing new for Ancajas who has made title defenses in Macau, Brisbane, Belfast, Mexico, the Philippines, and throughout the U.S. He will have his hands full against Ioka, a four-division world champion who has held world titles in minimum weight, junior flyweight, flyweight, and junior bantamweight divisions dating back to 2011.

“This is my Dream Fight! I have waited six years for a signature fight to prove to everyone in boxing that I am one of the best 115 pounders in the world,” Ancajas said. “I have been to Japan, sparring in the past, and love the people of Japan and the boxing fans are some of the best in the world. They respect all fighters and root for the best man to win.”

“I have been working with Jerwin since he was ten years old. I am very excited that finally the fight is happening,” said Joven Jimenez, Ancajas’ manager and trainer. “My goal, since Jerwin won the IBF World title in 2016, was to get him a major title unification fight. We have worked so hard for this moment, and we will not be denied.”

“We are very happy that Jerwin Ancajas, one of our first world champions, is getting this tremendous opportunity to unify his IBF title with the WBO title,” said Sean Gibbons, president of MP Promotions. “Jerwin has waited a long time for this type of fight and come December 31, he will ring in the new year as the NEW IBF and WBO Junior Bantamweight World Champion!”