George Kambosos feels the wait was worth it to get at Teofimo Lopez Jr. 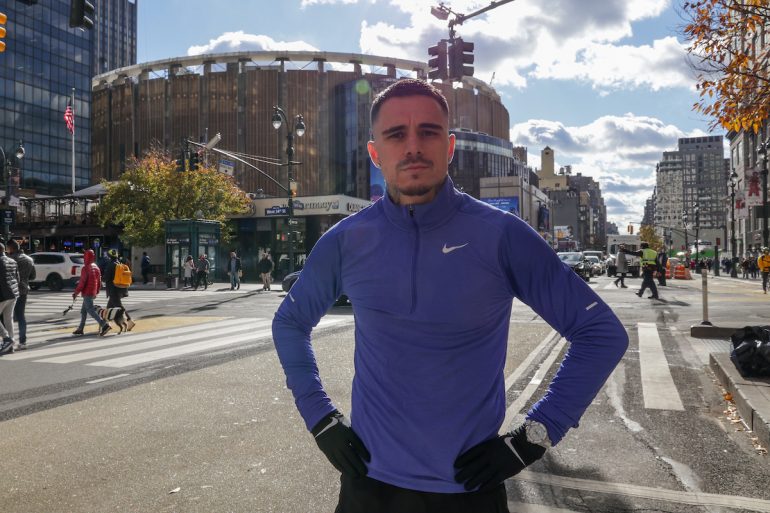 Dates changed, venues changed, promoters changed, law suits were threatened, the physical condition of one of the fighters changed, though in the end, finally, it will be the two guys that were at the epicenter where the whole thing began.

“He has to, he has a lot of nervous energy,” Kambosos said about Lopez. “You could see for the media workout. His father (Teofimo Lopez Sr.) had to come running around to where we were and tried something. We’re not playing around here. This is all about business.

“It’s why I got a message from my manager, Peter Kahn, why this fight was initially postponed in June. All of sudden, I saw Peter’s face and I saw something was up, that Lopez got COVID. There was a lot of emotion. I was ready to go to Vegas and fight Lopez right then and there. Lopez never went to Miami originally for the fight in June. I hope he’s fully recovered. But that tells me he never wanted to fight me. His father (Teofimo Lopez Sr.) was constantly at the bar, talking s—t. I can’t wait to smack around his kid.”

This will be the first time Lopez (16-0, 12 KOs) will be fighting since his hallmark domination over Vasiliy Lomachenko on October 17, 2020, crowning him the best 134-pounder in the world. 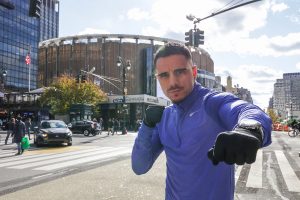 Kambosos is coming off his own landmark victory, when earned the IBF mandatory spot with a split-decision victory over Lee Selby two weeks later, in Selby’s backyard, Wembley, England.

“This fight was originally scheduled to be behind closed doors, and there were a lot of conspiracy theories out there, but I never gave up,” Kambosos said. “I’m ready for war. I’m ready to fight. All of this time, I literally took no days off, day in, day out. Lopez took time off. It’s been a long camp. I live in the gym. I have tunnel vision. I’ve been very patient.”

Kambosos said he paced himself, making sure he didn’t overtrain. He pulled back on some areas of his game, and fine-tuned others.

“This is not personal for me, and he has a delusional story in his head,” Kambosos said. “He thinks he can stop me early, but guess what, I’m here to stop him early. I know he’s looking ahead. I know he’s thinking about fights with (undisputed junior welterweight world champion) Josh Taylor, or anyone else he would like to fight.

“That’s fine. He’ll do it without any belts, because they’re going to be mine.”

Kambosos feels he has the mental edge. At one time in his life, he was exactly the same weight he is now—135. That happened when he was a 10-year-old, standing 5-feet tall. He was bullied. He was never picked for playground games. Other kids used to refer to him as the little fat kid, “Georgie Porgy.”

“It made me stronger, physically and mentally,” Kambosos said. “You live your whole life with s—t like that. I’ve made sacrifices. I missed my son making his first steps and everything I’m doing is for my kids, and for kids around the world who are bullied. I got ‘Georgie Porgy’ for a while, and there wouldn’t be no ‘Ferocious Kambosos’ if there wasn’t a ‘Georgie Porgy.’

“Like I said, the pain is still there. It comes out in the ring.”

On Saturday night, Lopez may be facing more than George Kambosos. He may be double-teamed by the ghost of ‘Georgie Porgy.’