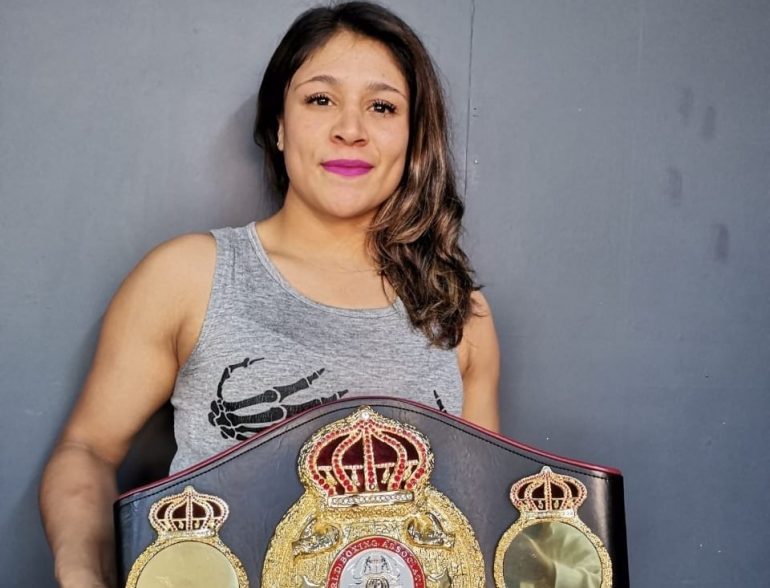 As a fighter, Erika Cruz Hernandez is never too far away from a good fight.

As a “civilian,” she is also ready to fight at any time.

“I hardly publish any photos of me at work, and when I do it’s because I like to remember how happy I am to represent my country in such an honorable institution,” said Cruz Hernandez, a world-class prizefighter by night and a Mexican National Guard service member by day. “And belonging to it makes me be more disciplined and represent my country with courage.”

Discipline and courage abound in the 31-year-old southpaw from Mexico City, who displayed that and more in a short but explosive professional career that just recently saw her pick up her first world title in a bloods-and-guts test against Canada’s Jelena Mrdjenovich.

She prepares to defend the WBA featherweight belt she picked up in that fight in a neighborhood brawl with her former teammate in Mexico’s Olympic team Melissa Esquivel (12-1-1, 4 knockouts), this coming Friday, Nov. 26 on DAZN, in what will be her debut with Matchroom Boxing. And with that in mind she has been preparing in both mind and body for the challenge of putting it all on the line against a fellow Mexican that she knows all too well.

“It will be a very complicated fight, but I won’t let her take my title away,” said Cruz Hernandez (13-1, 3 KOs) in a phone conversation. “It took me a lot to earn it. Melissa is great, but now it’s my time. What I can say is that you will see a war, basically because we are two Mexican warriors. We bunked together when we were Olympians in Mexico and we know that neither one will yield an inch to the other one in the ring.”

If her fight against Mrdjenovich could serve as testimony of that, then the fireworks are guaranteed. Against an experienced opponent who was taller and rangier than her, Cruz Hernandez unleashed a demolishing two-fisted attack that first demoralized and wore out Mrdjenovich and then simply disfigured her on her way to losing her belt. 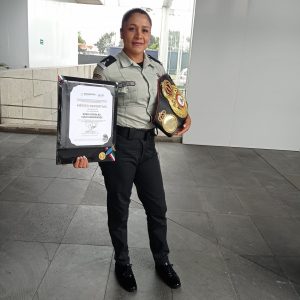 Many observers felt that Cruz Hernandez ’s output included several head butts and other rough tactics, but she begs to differ, while she also declares to be more aware of avoiding those type of situations in her upcoming fight.

“If you watch closely there were never head butts, my punches were all clean shots,” said Cruz Hernandez . “The problem was that (Mrdjenovich) had too many previous cuts on her eyebrows, and the punches reopened those scars. And of course we must improve because all fights are different, and in this case for me I have the commitment of being the champion and not the challenger. It is twice the responsibility, and the preparation is also one hundred percent but with more focus on my new opponent.”

If things go as planned in this first defense of her belt, a new and much more formidable opponent looms in the horizon for Cruz Hernandez, who has been in the crosshairs and in the comments of one of women’s boxing’s most explosive pound-for-pound entrants.

“(Laughs) I never put a price on that fight,” she says, when asked about an accusation by multiple weight titlist and The Ring’s No. 3 pound-for-pound fighter Amanda Serrano that Cruz Hernandez was pricing herself out of an eventual featherweight unification bout as a way to avoid her. “All I asked for were equal conditions. I was asked to fight with a month’s notice, and that’s not possible. And as long as she remains in the featherweight division and I do too, that fight will definitely have to happen, especially now that I have a promoter and I feel sufficiently protected and supported,” said Cruz Hernandez, referring to her new relationship with Matchroom Boxing.

“If that fight happens it will be a very tough fight. First, because we women have demonstrated that we don’t hold back, and with her it would be an interesting fight because she wants my title and I want hers. But let’s give it time, because this fight is already written in our destiny.”