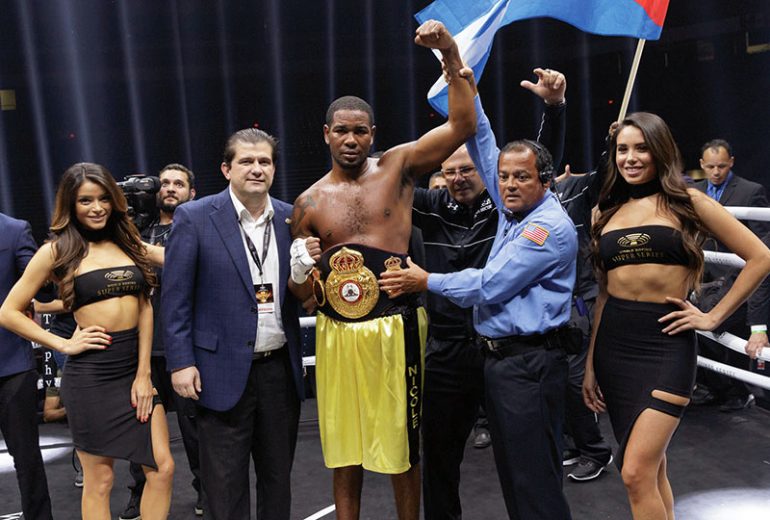 The Cuban-born Dorticos wasted no time against the game Bryan, dropping him twice in the opening round. However, despite being hurt, the shorter Bryan continued to fight back, but he was countered repeatedly with combinations.

The end of the fight came late in Round 2 when Dorticos backed Bryan against the ropes. A right uppercut stunned the American, who took a knee after Dorticos followed up with a right-left combination to the head. The fight was immediately waved off.

The win over Bryan was the 35-year-old’s first fight since September 26 of last year, when he lost the IBF title by majority decision to Briedis.

Dorticos first won a world title in September 2017, when he stopped Dmitry Kudryashov in two rounds. He would lose that title in a unification bout against Murat Gassiev four months later.

Lebron-Ortiz (18-2-1, 10 KOs), who had lost two of his three previous fights, broke his opponent down in each round, forcing a stoppage that saved Diaz from absorbing further punishment.

Musadilov, who is managed by Osmiri Fernandez, is originally from Kazakhstan and now lives and trains in the Miami area.

The promoter of this card was Laura Ching.