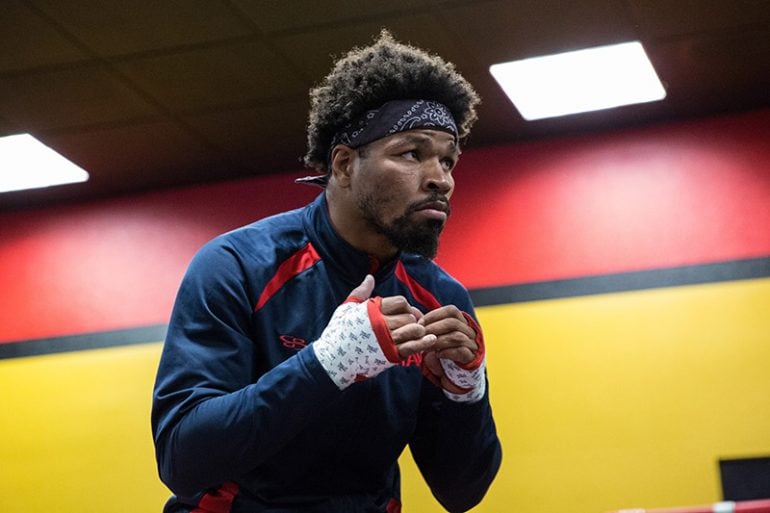 LAS VEGAS – Shawn Porter, a two-time welterweight world titlist who faced a who’s who in the division, announced his retirement from boxing following a 10th-round knockout loss to WBO welterweight titleholder Terence Crawford on Saturday night at the sold-out Michelob ULTRA Arena at Mandalay Bay.

The fight had been close and completive all the way until Crawford dropped Porter twice in the 10th round, first with a brutal left uppercut on the chin that sent Porter to his rear end and then with a four-punch combination. Porter rose from that knockdown also, but Kenny Porter, his father and trainer, did not like his reaction and stepped up onto the ring apron to signal for referee Celestino Ruiz to stop the fight, which he did at 1:21.

It was the first time Porter had ever been stopped in his 13-year, 36-fight career that spanned 2008 to 2021. After having fought essentially every meaningful welterweight of his time, although he never got a shot at Floyd Mayweather Jr. or Manny Pacquiao, Porter said it was just time to call it a career.

“One of the guys I admire in this sport is (Hall of Fame former super middleweight and light heavyweight champion) Andre Ward. I really admire him and everything he’s been to this sport,” Porter said. “And we were in the back room about to do (the) Tyson Fury-Deontay Wilder III (broadcast last month) and someone comes up to him with all of the talk about Ward (perhaps fighting) Canelo (Alvarez) and they were like, ‘Come on champ, we know you got one more left in you.’ And he said, ‘Why can’t I just have one more left in me?’ And the guy was confused. Meanwhile, I’m like he said it all right there. Why can’t I just have one more in me and save it?

“I think a lot of times the way that this sport has gone you guys expect us to fight for 15, 20 years. You say you hope he leaves this game with his health but you never really know. I’ve been fortunate to be in some really big fights with some really good guys and always have my health at the end of the night. With that being said, I knew that Errol Spence Jr. was going to be my last fight.” 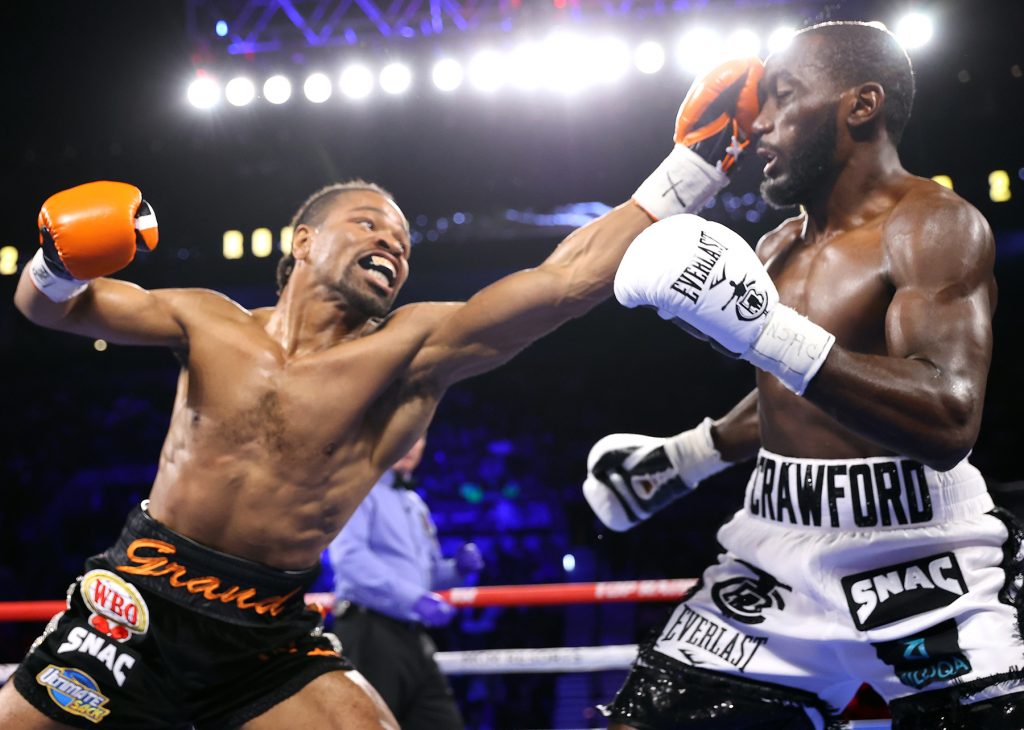 Porter went onto explain that after Spence won a welterweight world title in 2017 he thought the two of them would eventually fight and that it would Porter’s last fight. Ultimately, they met in a world title unification fight at Staples Center in Los Angeles in September 2019 and Spence scored an 11th-round knockdown and won a split decision in a rousing candidate for fight of the year.

“I said he would be the last one I fought and after we fought I felt like there was something else and that something else was Terence Crawford,” Porter said. “I said win, lose or draw, it doesn’t matter. I’ve given this sport a great deal from the training to the competition and after you fought everybody at the top what more do you do? I’m not gonna be a gatekeeper. That’s not the life I want to live. I’ve never wanted to live the life of a fighter who fights into his 40s. I’m 34 and now’s the time.”

Porter walks away having earned millions of dollars, including a $4 million guarantee for Saturday’s fight to Crawford’s $6 million. He also has become a top television analyst, having worked for various outlets, including on NBC Sports Net, Fox and Triller.

He became a fan favorite for his outgoing personality, physical fighting style and willingness to fight all comers. He took on one top welterweight after another and beat Danny Garcia, Yordenis Ugas, Andre Berto, Adrian Broner, Paulie Malignaggi and Devon Alexander. Other than the knockout loss to Crawford, Porter’s defeats were all close decisions in world title bouts to Spence, Keith Thurman and Kell Brook.

Porter (31-4-1, 17 KOs), an Akron, Ohio, native, who has lived for several years in Las Vegas across the street from his father, won his first world title in December 2013 when he won a clear unanimous decision against Alexander to take his IBF belt at Barclays Center in Brooklyn, New York. Porter made one successful defense, knocking out former titlist Malignaggi in the fourth round, before losing the title to Brook by majority decision in August 2014.

In September 2018, Porter won the vacant WBC title by unanimous decision over Garcia, made one successful defense in a split decision win over Ugas and then lost it to Spence.

Porter did not blame his father for stopping the fight.

“I understand my dad’s position and he saw I took many shots there,” Porter said. “They were clean and it’s not the Porter way. That’s not what we do. It was bad defense, hands were down, and I think part of me wanted to get back (after the first knockdown) and was careless. The other part of me was a little out of it and not able to defend myself quick enough. I understand what my dad’s position was there. I didn’t expect it though.

Ken Porter defended his decision to stop the fight and supported his son’s retirement announcement.

“In the biggest part of the picture, when this thing is over with, I’m still his father and he’s still my son and we get to still do the that part. There’s a long life of that. I just saw things that told me it was time (to stop the fight). This is just a small part of his life. So, the most important part is that I’m able to walk away from here and he’s safe. That’s it.”