Live! opens as a new boxing venue in Philly 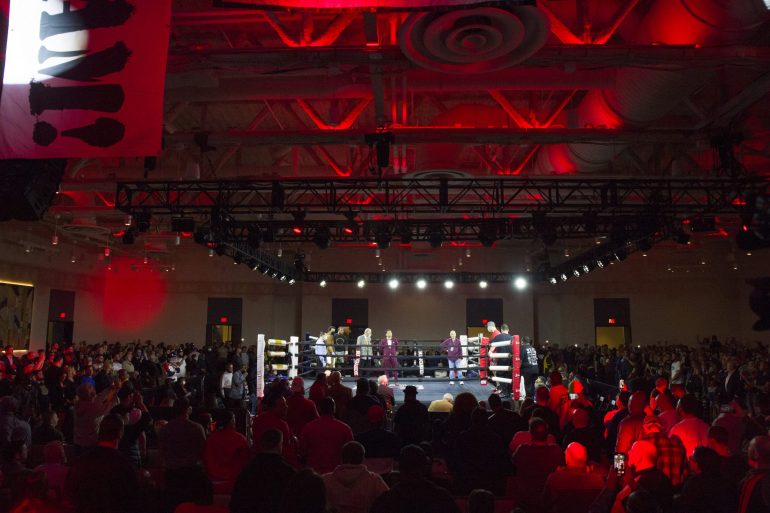 Live! Casino and Hotel Philadelphia had a great debut as a new fight venue in Philly (Photo by Darryl Cobb).
19
Nov
by Joseph Santoliquito

PHILADELPHIA—Through the decades, Philadelphia has had its share of special places to watch boxing, none more venerated than the fabled Blue Horizon, which last held a fight card on June 4, 2010, featuring super middleweight Farah Ennis, Boots Ennis’ older brother.

Since then, the 2300 Arena has taken over as the venue of choice in Philly, holding club shows an average of nine times a year. Club shows once provided boxing with its life blood, once boxing’s grassroots level that allowed young talent to blossom. Now club shows are a diminished asset to the boxing community.

The capacity is around 1,000 and it filled for a six-fight card that was headlined by Top Rank heavyweight 25-year-old prospect Sonny Conto (7-0, 6 knockouts).

Other than that, the show was not bubbling over with burgeoning talent, but it did have its share of exciting fights, often with guys who couldn’t get out of the way of each other.

“It felt great being home, and I haven’t been home for a while, and this started great at the new casino,” Conto said. “This is the beginning of new and great things at Live Casino. The sky is the limit. I love it. It’s close to home, three blocks away. I could have walked here; I did walk here. No, I’m kidding. It’s close. All of my people are here.

“This was a step up for me. It’s off a seven-month layoff, this is only the second time this guy has been stopped. I feel I have to get hit sometimes, because it increases my hunger. I hit him with a left hook, and then I hit him with another right hand. He was definitely a tough guy and a step up. We passed the test with flying colors.”

Conto sparred with heavyweight champion Tyson Fury, which helped Conto broaden his game, even switching to southpaw a few times.

“It takes a little bit to get my engine started, and I feel I get stronger as the rounds go on.” Conto said. “I knew it would take more than one shot to put him away. I felt the energy (from the crowd) for sure.”

“This was beautiful, we sold every ticket, the fights were good, the hero won, we couldn’t have scripted it any better,” said Hall of Fame promoter J Russell Peltz. “Everybody liked it. Sonny belongs in Philly. An Italian heavyweight from South Philly, come on, you couldn’t write it any better. He fought a tough-ass guy. Caudle could fight.”

Junior middleweight Jeremiah Kendrick, 29, made his pro debut with a first-round knockout at 1:05 over Tyrone Lewis (0-2).