Aguilar takes on Kinda, Picasso faces Millan in a doubleheader in Mexico City 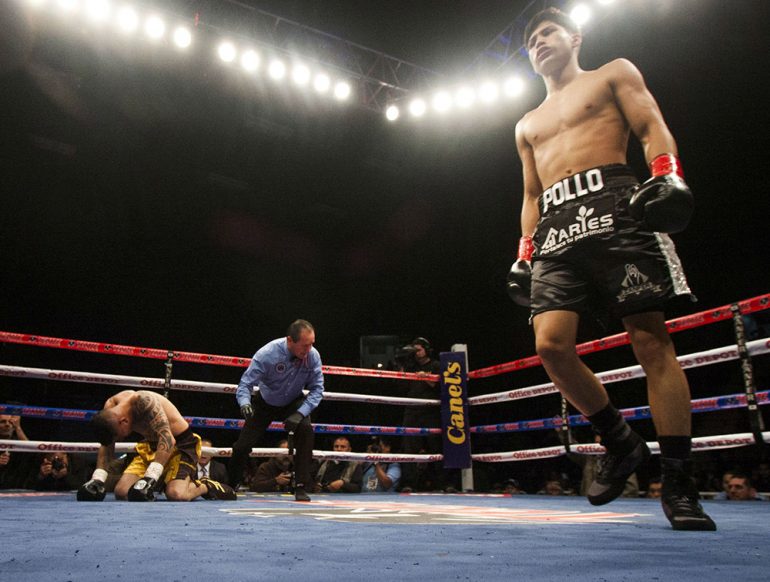 Junior welterweight Omar Aguilar is leaving his mark as a knockout puncher in Mexico. Featherweight Alan Picasso has made significant strides in developing as a solid prospect.

Both fighters will see action tonight in separate bouts at the TV Azteca Studios in Mexico City. Aguilar will face gatekeeper Issouf Kinda in the main event, while Picasso will square off against Luis Millan in the co-feature.

The two fights will headline a Zanfer Promotions card that will air Saturday night (12 a.m. ET/ 9 p.m. PT) on TV Azteca 7 throughout Mexico. The card is in conjunction with the network celebrating 15 years of televising boxing and the ongoing WBC Convention that is taking place in Mexico City.

Aguilar and Picasso are two of Zanfer’s most prized and talented prospects. Tonight will mark the second time both fighters co-headline a Zanfer card.

The 22-year-old Aguilar (22-0, 21 knockouts), who resides in Ensenada, Mexico, knocked out Carlos Portillo in round 2 of his last bout on September 10. The fight was Aguilar’s first in the United States after fighting all his bouts in Mexico.

Kinda (18-5 1 NC, 7 KOs), who is originally from the Africa nation of Burkina Faso and now resides in The Bronx, New York, has not fought since July 24 of last year, when he lost by unanimous decision to unbeaten Evan Sanchez.

Having fought the better opposition between the two, Kinda should present a decent test for Aguilar. In his five defeats, Kinda has only been stopped twice, including a knockout loss to Jose Ramirez in December 2016, a fight he took on short notice.

Tonight will mark the fifth fight of 2021 for Picasso (18-0-1, 7 KOs), who will again be fighting in his hometown. Three of his previous six fights have taken place in Mexico City.

Picasso notched a one-sided victory over Alfredo Mejia Vargas in his last bout on September 25. The 21-year-old also has decision wins over fringe contender Edixon Perez and once-beaten Anthony Jimenez.

Millan (17-4, 12 KOs), who resides in Caracas, Venezuela, has split his last two fights, with both losses coming at the hands of unbeaten junior featherweight prospects Hegly Mosqueda and Jose Gonzalez.