Inoue on ‘once in a lifetime opportunity’ against Tszyu 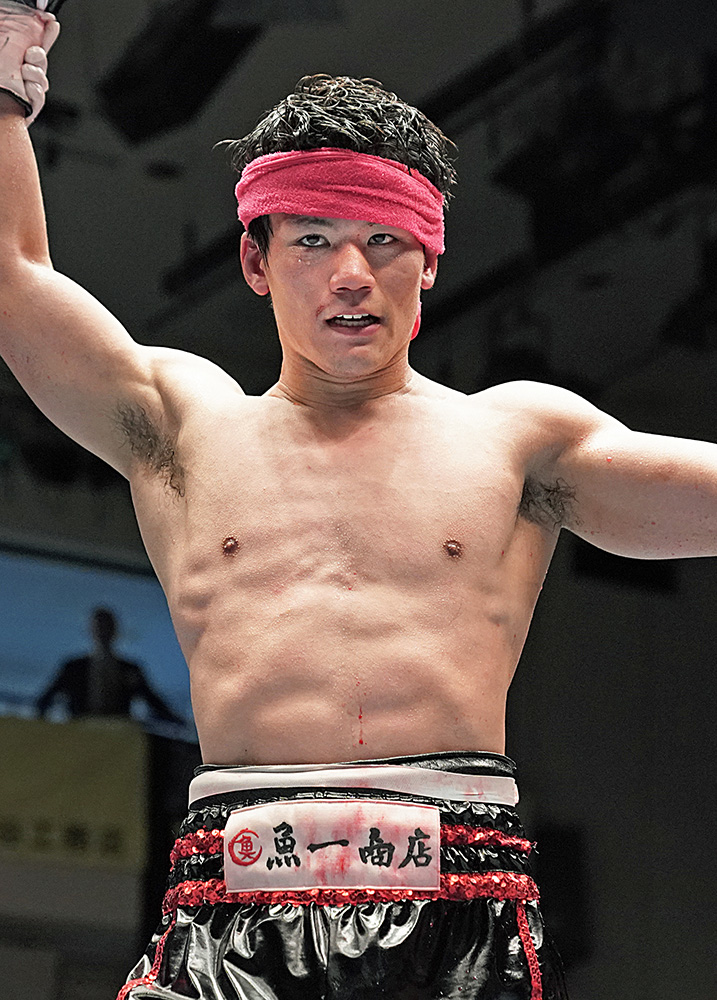 Inoue says he has prepared well for Tszyu. Photo by Naoki Fukuda
15
Nov
by Anson Wainwright

The once-beaten Inoue gave a good account of himself when he challenged Jaime Munguia (L UD 12) for the WBO 154-pound title in January 2019. He has rebounded with four wins and is motivated to go one better against Tszyu.

“It will be an important encounter for me, and I do not think I will ever have a better chance [to win],” Inoue (17-1-1, 10 knockouts) told The Ring through Hank Hakoda. “After the world title attempt, I gained experience.

“I am trying to encompass different styles, what I displayed in the Munguia showdown and what I have dedicated in the past two-years. I will try to make the best blend of those together. I am really going to put everything I have into this once-in-a-lifetime opportunity.”

The 31-year-old is under no illusions as to how good Tszyu is. However, he believes his experience will serve him well.

“Tim Tszyu is an influential icon who beat Dennis Hogan and other world contenders,” he said. “There is no question that he is already a world-class fighter in this category.

“He is a really dangerous competitor for me, I do recognize it. I am still confident enough to win as long as I prepare well and finish what I am supposed to do for it. I see him as a versatile fighter who is capable of fighting both inside and outside, especially with his sharp punches along with hard hooks and body punches that make him stand out.”

Inoue, who has previously held the Japanese and regional OPBF titles, has worked diligently in his preparation.

“When I face Tsyzu in the ring, I will first check to see how much I can land my jabs on him,” he explained. “I have honed my jab and I believe it should work effectively against him. Also, I have been working on broadening my boxing capability so that I can change my style depending on the situation of the fight.

“There will still be a situation where I have to unleash a daring attack, backing Tsyzu into the corners and ropes, taking advantage of my physical power, just like I did against Munguia, while there will be a situation where I have to apply my power shots from the mid-range to pick up necessary points. I prepared for all the possible scenarios at the gym, and I will respond to whatever he brings and showcase what I have been working on, different and effective variations.”

Inoue feels the Munguia fight has helped battle-harden him for this kind encounter and warns he isn’t going to just make up the numbers.

“I earned a high grade in my performance in the Munguia fight despite my loss,” he said. “In this particular showdown with Tim Tszyu, I do not want a just put up a “good fight” as it counts for nothing to me anymore. I’m not gonna be a “great loser” again.

“I must win no matter what it takes. I am just looking for the victory. It does not matter even if it is a hair-line victory. I hope international boxing fans and supporters look forward to what I will bring to the ring on the day.”

He also knows winning on the road will be particularly difficult.

“[The] only way for me to win clearly in his home Australia is to knock him out completely – that’s for sure. Knowing it is unlikely to happen in the early rounds, I have a clear image of defeating him in the latter half. I have 12 rounds to do it anyway. I will try to break his heart.”

Tszyu, who is the eldest son of Hall of Famer Kostya Tszyu, turned professional in December 2016. Since then, he has moved steadily through the ranks beating the likes of tough compatriot Dwight Richie (UD 10), former welterweight titleholder Jeff Horn (TKO 8) and respected two-time world title challenger Dennis Hogan (TKO 5). Tszyu (19-0, 15 KOs) is the WBO mandatory challenger.