Tim Tszyu respects Takeshi Inoue, but almost out of patience with Jermell Charlo and Brian Castano 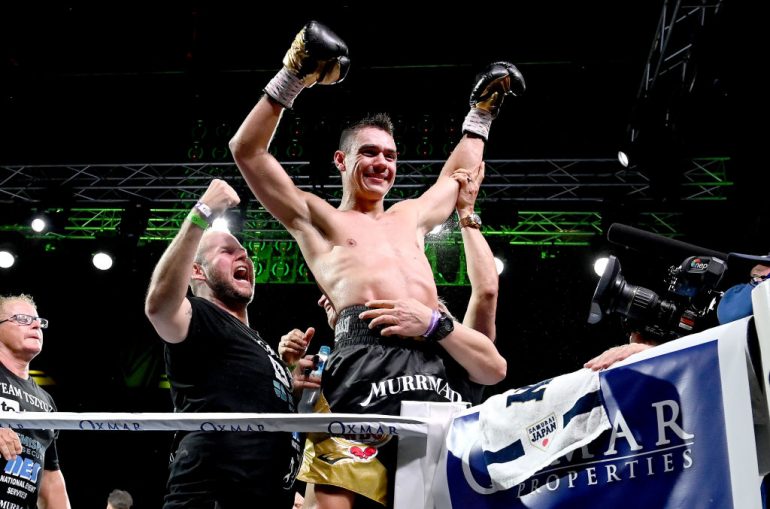 Fast-rising Australian junior middleweight star Tim Tszyu will make his third appearance of the year when he faces battle-hardened Takeshi Inoue at the Qudos Bank Arena in Sydney on Wednesday.

Tszyu, who is rated No. 6 by The Ring at 154 pounds, will be fighting in front of his home fans in Australia’s largest city.

“Sydney has been in lockdown for the past three, four months, so it’s good to be back home,” Tszyu (19-0, 15 knockouts) told The Ring. “It’s good to be fighting in front of Sydney fans, I think they deserve a big event.”

On paper this looks to represent the recently turned 27-year-old’s toughest assignment to date.

“Every opponent is different; styles make fights,” Tszyu said. “He could be the easiest, he could be the hardest, but [you would think] he’d be up there in the top three.”

Tszyu is well aware of what challenges the Japanese fighter will present.

“[Inoue] comes with the attitude that he wants to win. He’s a brawler, he’s a strong boy, he’s stocky, he’s definitely got some power, he’s got a few dangerous punches, he’s got an overhand right that is hard to see. He shuts the distance down well; he puts some good pressure.

“I think my boxing IQ is going to allow me to dictate and win this fight. It’s going to be an interesting fight.”

Tszyu, who has had a smooth camp in Sydney, has won his last five fights inside the distance but expects Inoue to be hard to discourage.

“Inoue’s going to be hard to get out because he’s durable,” admitted Tszyu. “These Japanese fighters, you keep hitting them and they keep coming, they’re tough. It will be a statement if I do stop him and that’s exactly my plan.”

Tszyu, who is the WBO mandatory challenger, admits to being in the dark as to when he will receive his shot at current titleholder Brian Castaño, who fought to a 12-round draw with unified world titlist Jermell Charlo in July.

“It’s a weird situation because I don’t understand what’s going on with those two,” said Tszyu. “I think both boys are on honeymoons, they’re enjoying their lives. It’s not the way a true fighter should be. Look at Canelo, he’s had four fights [in a year], he’s not stopped, he’s pursuing goals.

“They need to just get the fight on and if they’re not fighting each other then start fighting other people. I’ll go fight someone else in the meantime until the boys have finished their honeymoon.”

Inoue turned professional in 2014. The 31-year-old claimed Japanese and OPBF titles before putting up a spirited, if unsuccessful effort against Munguia (UD 12). He has since won four fights sine and took his record to 17-1-1 (10 KOs).