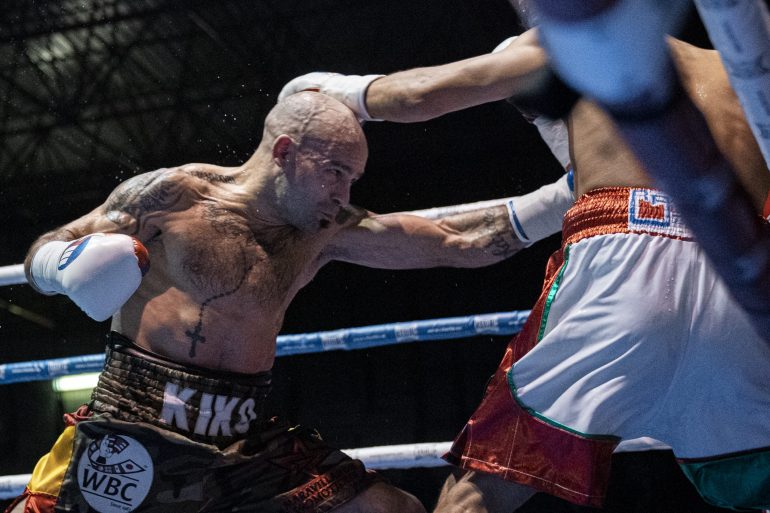 Rugged Spanish battler Kiko Martinez will challenge Kid Galahad for the IBF featherweight title at the Sheffield Arena in Sheffield, England on Saturday.

“I am very happy because it is an amazing opportunity to be champion in two different weights,” Martinez (42-10-2, 29 knockouts) told The Ring through Oscar Zardain. “After 17 years of [my] professional boxing career and a lot of wars against the top level [fighters], I want to say thanks to God for this amazing chance.”

The 35-year-old, who is a 7-1 underdog, acknowledges it will be difficult but is confident he can pull the upset.

“[Kid Galahad] has a difficult boxing style, changing his stance and fighting [from] orthodox or southpaw,” said Martinez. “I will try to make some adjustments in [my] fight plan and surprise him.

“I am in a very good moment. I am a veteran. People think that I am like 50 years old [because I have been around so long], but I made my pro debut at 18. Now I feel very strong and very experienced. I can win this fight.” 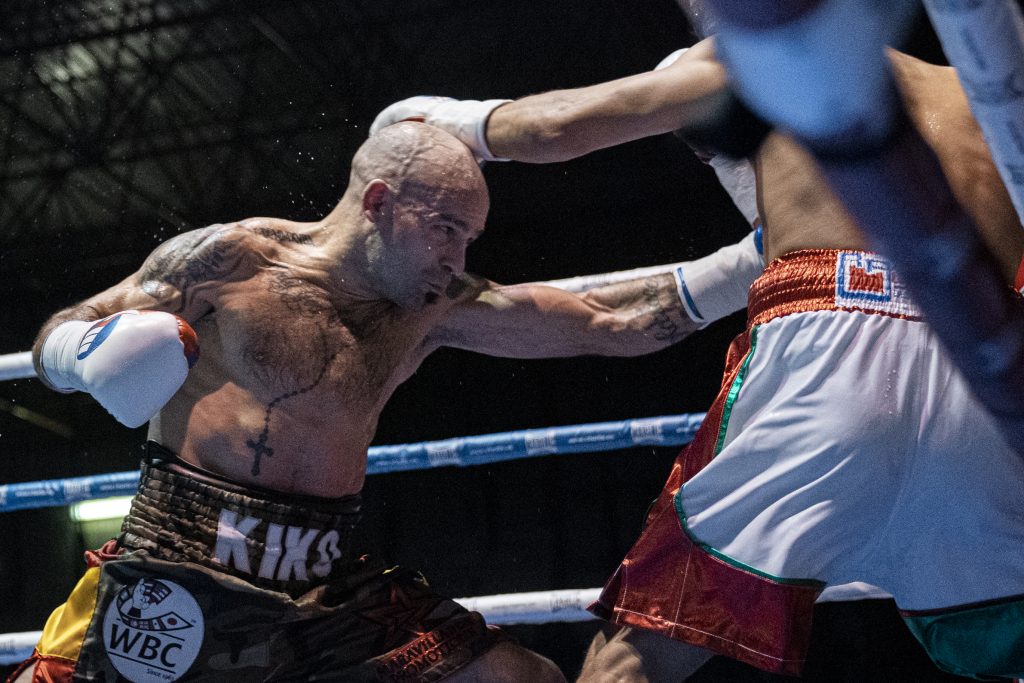 Martinez on the attack against Marc Vidal. Photo courtesy of Maravilla Promotions

Martinez has fought on British and Irish shores nine times and has been disappointed with many of the official results.

“The judges always treated me like a foreigner,” said the former titleholder before pointing to a few examples. “The U.K. is my second home. The fans are the best in the world, but at the end of the day, I am Spanish. I won the fights against [Zelfa] Barrett and [Josh] Warrington, and probably the first fight against [Rendall] Munroe.

“Anyway, we have a fight plan and I don’t feel the need to win by knockout. If the judges don’t do their job properly, it is not my problem. I made this mistake in the past, but not now.”

Martinez, who as usual prepared between Elche and Madrid, should be commended for challenging himself in his mid-30s and shows no signs of slowing down. He’s always keeps himself in tip-top condition and was ready when he was presented with this opportunity six weeks out.

His all-action style lends to good fights, and because he is easy to deal with, promoters are more than happy to acquire his services.

“I am still in boxing because, after my daughters, my main motivation is fighting,” he said. “I love the fight game: training, running, sparring – it is my life.

“I keep training every day of the year and I need to fight the best fighters in the world. I feel very good and my goal is to become world champion again.”

Martinez is promoted by Maravilla Promotions, headed up by is his long-time friend, former two-weight world champion Sergio Martinez.

“Maravilla” thinks his fighter can use his experience to good effect.

“In my opinion Kiko is the best Spanish fighter ever,” said Martinez. “He is always ready to accept any challenge and is the most professional sportsman I have ever met.

“Tough fight, as always, but Kiko has his chances. He can surprise Galahad and be champion in another weight division. Galahad has very good footwork, but he also likes to exchange punches and Kiko can knock him out.”

Galahad turned professional in 2009. He won British, Commonwealth and European titles at junior featherweight but was hit with a doping ban in 2014.

When Galahad returned he worked his way into contention at featherweight to become the IBF mandatory challenger and gave Josh Warrington (lost SD 12) all he could handle. The 31-year-old rebounded from that setback with two wins and claimed the vacant IBF title last time out, stopping Jazza Dickens (RTD 11). His record stands at 28-1 (17 KOs).

Galahad-Martinez, plus undercard action, will be broadcast exclusively by DAZN.