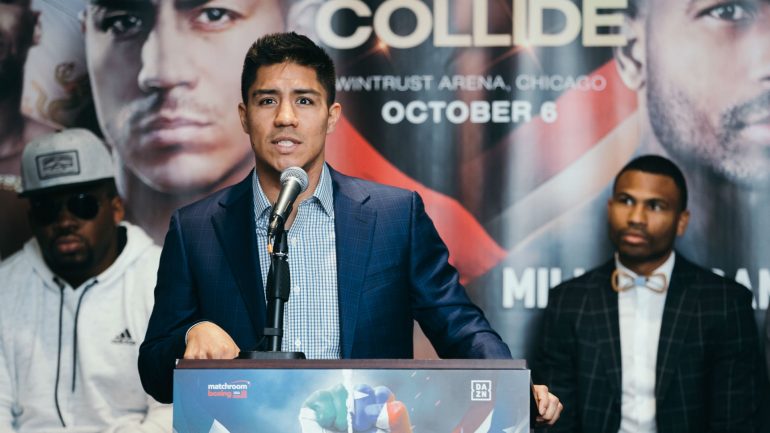 Vargas, 32, will be seeking the Republican Party’s nomination to run against incumbent Rep. Steven Horsford, a Democrat who is in his second non-consecutive term representing the district, which encompasses much of northern Clark County, including part of Las Vegas.

“We need a fighter who will fight to control Washington spending and inflation, improve our schools and keep our streets and neighborhoods safe.”

Vargas, who hasn’t fought since losing a unanimous decision to Mikey Garcia in February of 2020, is running on a fiscally and socially conservative platform, though he says he had previously been a Democrat. The Vargas campaign released a statement saying that the former WBA junior welterweight and WBO welterweight titleholder had become “concerned” with the “failures” of the administration of President Joe Biden and Vice President Kamala Harris, who are Democrats.

Much of Vargas’ platform is standard right wing fare, including a promise to “fight to end the tragedy that is abortion in this country,” and to take a hard-line stance against undocumented immigration, which he described as “the mess on the border that Biden and Harris created.”

Vargas also voiced support for charter schools while criticizing “liberal education unions” and “crazy liberal ideas like Critical Race Theory,” which has become a hot button issue as Republicans seek to regain control of both houses of Congress in next year’s mid-term elections.

“Biden and [House Speaker Nancy] Pelosi have taken our government too far to the left. Now is the time to fight back, cut spending in Washington, create better schools for our kids and support the police who keep us safe. The American dream came true for me, but Washington’s liberal policies are making it harder for everyone,” said Vargas.

Vargas’ notable fights include losses to Manny Pacquiao and Timothy Bradley Jr., plus a draw to Adrien Broner and wins over Sadam Ali and Antonio DeMarco.