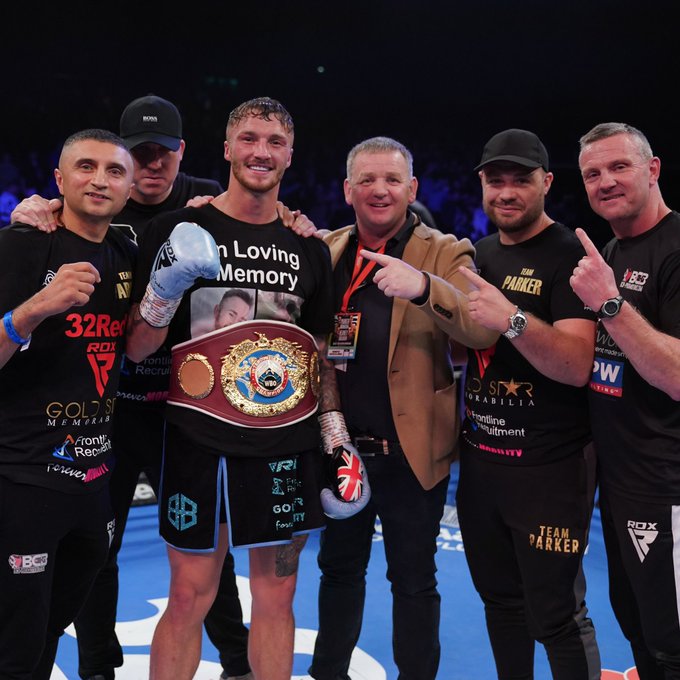 The naturally bigger Parker (22-0, 16 KOs) looked to impose himself against Morrison (24-5, 16 KOs) in the opening round. It paid off with just over a minute gone in the second round when he hurt Morrison with a left to the body and dropped him with a right hand to the body that looped around the guard of his opponent.

Morrison recovered but was on the canvas for the second time, again by a right hand to the body, with just over 30 seconds left in the round. The Manchester man made it to his feet and completed the round.

Parker dictated the action in the third with quick combinations often walking Morrison backwards. Morrison, who went 10-rounds in a losing effort to Chris Eubank Jr. in May, did manage to land a right hand but it didn’t move Parker, who continued to press walk his rival down.

The 27-year-old from Derby hurt Morrison and dropped him with another body shot early in the round. Morrison’s trainer, Joe Gallagher, looked poised to throw in the towel but Morrison jumped to his feet and wanted to continue. Parker was ruthlessly efficient, pinning Morrison on the ropes and raining punches on his helpless bloodied opponent until referee Bob Williams jumped in at 2:51 to end proceedings.

Afterwards Parker, who is the WBO’s No. 1 contender, said he made a statement by becoming the first man to stop Morrison and admitted he has his eye on the winner of Canelo Alvarez-Caleb Plant later today as well as a domestic rival.

“Too big, too strong for these super middleweights,” said Parker. “I want Canelo to win, if Plant wins there’s going to be rematch. I want Canelo next; I’ve been mandatory for two years now. If Canelo wins tonight and doesn’t want it, I want Chris Eubank, stop being a s__thouse. Let’s have it.

“The British fans want me to wipe [Eubank] out, whoever gets in this ring, I’m going to wipe out. We’re going right to the top.”