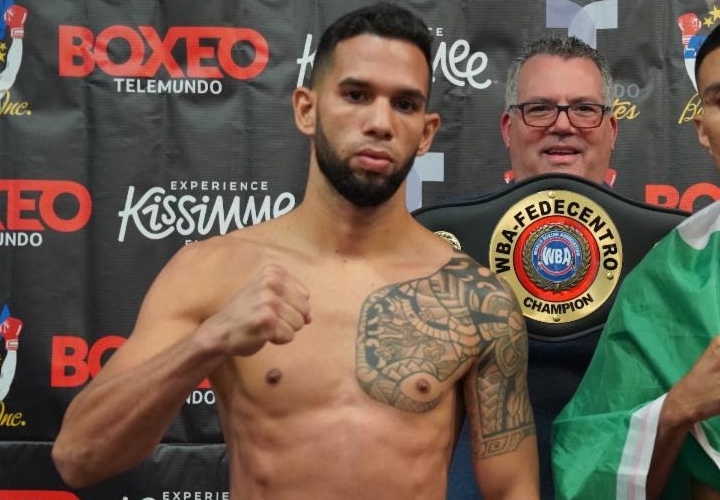 Despite having not fought in over two years, lightweight Miguel Marrero did enough to claim a workmanlike 10-round unanimous decision over fringe contender Victor Betancourt Friday night at the Silver Spurs Arena in Kissimmee, Florida.

The fight headlined what will be the final ‘Boxeo Telemundo’ card of 2021.

Betancourt was the more effective fighter early, connecting repeatedly with the same two-punch combination to head and body. However, Marrero began letting his hands go in Round 3 and was on the ascent by the fifth, outboxing Betancourt at ring center.

Marrero continued to bank rounds during the second half of the fight. Betancourt took a knee after absorbing a combination in the ninth, but pointed to his head to indicate that he’d been butted. The referee elected not to count.

Despite not being credited with the knockdown, Marrero clearly won the ninth and finished strong in the 10th.

Marrero admitted frustration at not landing a fight earlier this year, but he was happy to secure a victory.

“I knew he was going to be a tough fighter, like all Mexicans are,” said Marrero, who resides in Morovis, Puerto Rico. “I knew I was inactive for a while, but I worked very hard to prepare myself for this fight.”

Betancourt, who resides in Mexicali, Mexico, drops to 27-4 (14 KOs). He has now lost two of his last three bouts after winning his previous four.

The southpaw Morales, who resides in Perth Amboy, New Jersey, dropped his man twice with left hands in Round 2. Garcia was wobbly following both knockdowns but recovered sufficiently enough to stun Morales late in the third.

Another right cross momentarily shook Morales in Round 5, but he clinched effectively and avoided further damage. From the sixth round on Morales elected to box his Garcia at distance.

Duffus was game but outgunned. A combination from Meng dropped him on to the ring apron in the final round but no knockdown was called.