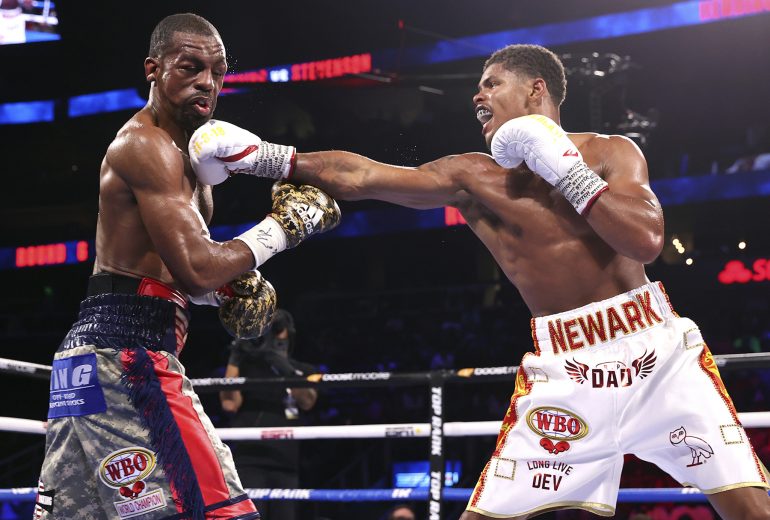 Stevenson was too fast, too sharp and too strong for Herring to handle, but can he hang with the lightweight Young Guns? Photo by Mikey Williams / Top Rank
24
Oct
by Tom Gray

Muhammad Ali once explained his in-ring philosophy to British sportscaster and journalist Reg Gutteridge: “The main thing is – win! If it’s by one point, I win. Sometimes racehorses win by a nose. Mark Spitz, the great Olympic swimmer; most of the people he beat by a finger length, but he wins. The main thing is, you win!”

When Ali said that, in the summer of 1977, he was in the twilight of his career. At 35 years old, with eroded skills and a ton of wear and tear, “The Greatest” was winning fights by a nose, by a finger length, by the skin of his teeth. His most recent outing had been a laborious and torturously boring 15-round unanimous decision win over a Spanish novice named Alfredo Evangelista in Landover, Maryland. Four or five years earlier, Ali would have sliced up that challenge in less than half the time. Just over a decade earlier, Evangelista would have been lucky to land a punch of consequence.

In 1966, Ali was 24 years old and close to untouchable. He wasn’t winning by a nose, he was winning by a landslide, pulverizing five challengers in a single calendar year, four of them by stoppage. Only pesky southpaw Karl Mildenberger tested him momentarily in September of that year before the referee rescued him in the 12th round. All the rest – George Chuvalo, Henry Cooper, Brian London and Cleveland Williams – were punched to a standstill, cut to pieces or knocked out.

Performance meant everything when Ali was in his prime.

On Saturday, Shakur Stevenson, 24, entered the ring at the State Farm Arena in Atlanta intent on delivering a message. The unbeaten Newark star was a massive favorite against WBO junior lightweight titleholder Jamel Herring but the smart money was on a points win. For many, including myself, a stoppage was unlikely. Herring was naturally bigger, naturally stronger and his only stoppage defeat had come five years ago at lightweight.

None of that mattered.

Within seconds the pattern of this all-southpaw collision was established. Stevenson was twice as quick, twice as skilled, twice as explosive and – despite being naturally smaller – his punches appeared twice as powerful. The latter was bolstered by the challenger’s incredible accuracy throughout. 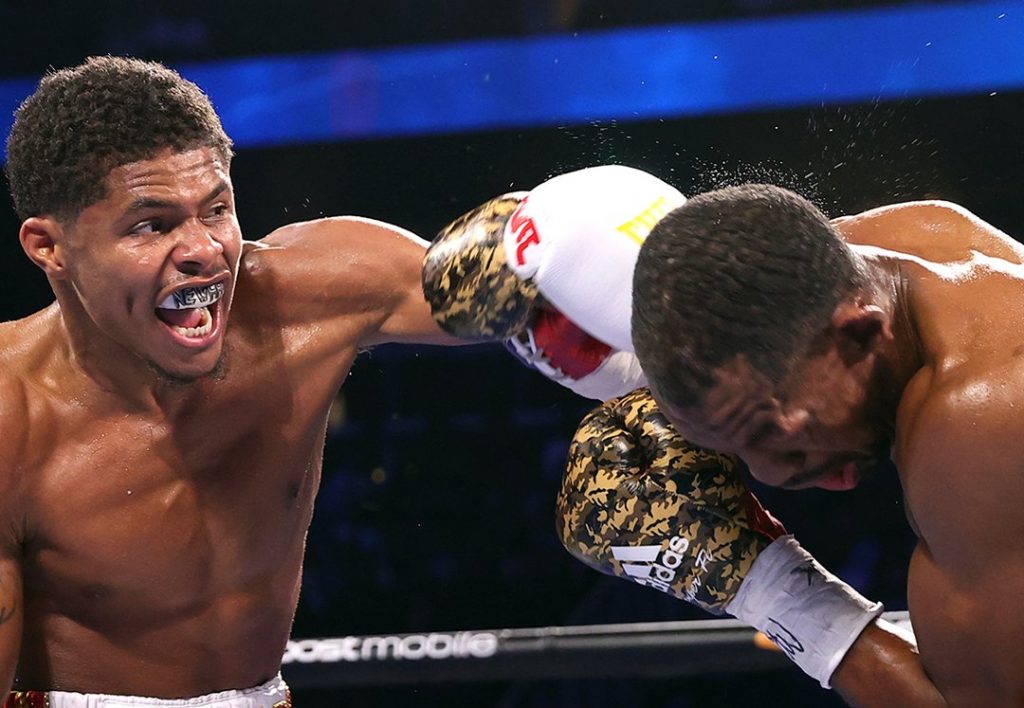 After five or six rounds, Herring knew that being on the outside was a means to an end. Many fighters would have backed off, drifted into damage limitation mode and succumbed to a 12-round shutout decision loss. Herring, however, is a former Marine with two tours of Iraq under his belt, and his ring moniker, “Semper Fi” (Semper fidelis), is the motto of the U.S. Marine Corps and means “always faithful” or “always loyal.” Stand off? Not bloody likely! Herring switched up and headed straight for the terrain where the bullets were flying. He would rather give himself a razor-thin chance of a knockout victory than surrender to a points loss.

But Stevenson’s arsenal proved to be too much for him. The challenger had been like a sniper on the outside, but his close-to-mid-range bursts resembled machinegun fire and were significantly more damaging. Blood began to flow freely from above Herring’s right eye, there was a wound above the left, and midway through the 10th round referee Mark Nelson had seen enough, waving the bout off without any knockdowns.

This was an absolutely brilliant performance by Stevenson. He was stunningly effective at range and up-close. His jab was on point and set up some cracking overhand lefts. The double up on the right hook worked like a charm, with the first shot frequently knocking Herring’s guard out of position so that the second one would land flush. And one also got the impression that we didn’t see Stevenson’s full repertoire – not by a long shot. That’s a scary thought for any 130 or 135-pounder out there.

It’s not my intention to compare Stevenson to a young Cassius Clay or Muhammad Ali. I just wouldn’t do that. The intention is to illustrate that sometimes youth is a guarantee of efficiency. Stevenson’s boasts about becoming a future pound-for-pound king seemed somewhat premature throughout fight week. After last night’s standout performance, this sensational young fighter’s goal looks a lot more realistic.

Sometimes it’s about how you win!