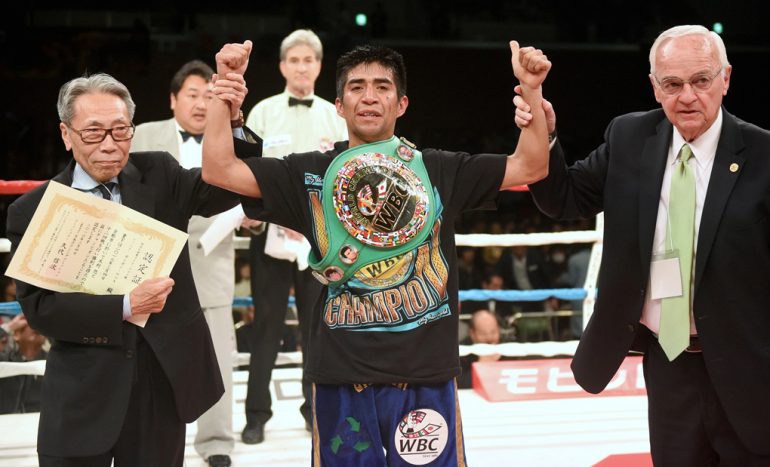 Tonight’s clash between Ganigan Lopez and Jose Soto is the epitome of the cliche ‘experience versus youth.’

A victory could go a long way for either Lopez and Soto after tonight as they square off at the Deportivo Oceana in Lopez’s hometown of Mexico City. The 10-round bout will headline a ‘Boxeo Telemundo’ telecast (12 a.m. ET/ 9 p.m. PT).

Despite having lost five of his last eight bouts, Lopez will hold a significant edge in the quality of opposition over Soto. Three of those five losses came in world title fights against WBC junior flyweight titleholder Kenshiro Teraji and Angel Acosta. Lopez would lose the WBC title in a very close fight during his first loss to Teraji.

Promoter Tuto Zabala, Jr. understands a win would likely put Lopez back into world title contention, but Soto could have the ability to make a name for himself at the expense of Lopez.

“We expect an interesting fight,” Zabala told The Ring Thursday morning. “Soto is categorized as the best prospect to come out of Colombia. In his first fight outside Colombia, he needs to demonstrate that against a southpaw fighter who was a former world titleholder with a lot of experience and fighting in his hometown.

“Ganigan asked me repeatedly for one more opportunity that he still has something left in boxing. This is a classic between experience against youth.”

Soto (15-0, 6 KOs), who resides in Canalete, Colombia, is also coming off a long layoff. He knocked out Argel Berrio in the opening round of his last bout on October 16, 2020.

He was penciled to fight Jesse Rodriguez, who is ranked No. 5 by The Ring, on June 26, but the fight unexpectedly fell through. Soto has stopped his last two opponents after accumulating five consecutive wins by decision.

In the co-feature, Ivan Garcia (7-1-1, 5 KOs) will square off against Mario Andrade (16-13-7, 5 KOs) in an eight-round bout featuring flyweights who reside in the Mexico City area.

This is a rematch of their clash from February 13 that ended in a technical decision draw in the opening round.

Also, in a clash of unbeaten junior bantamweights, Brandon Jimenez (4-0, 1 KO) will face Kevin Cisneros (3-0, 3 KOs) in a six-round bout.