The Echo of the legendary Emanuel Steward resonates through SugarHill Steward 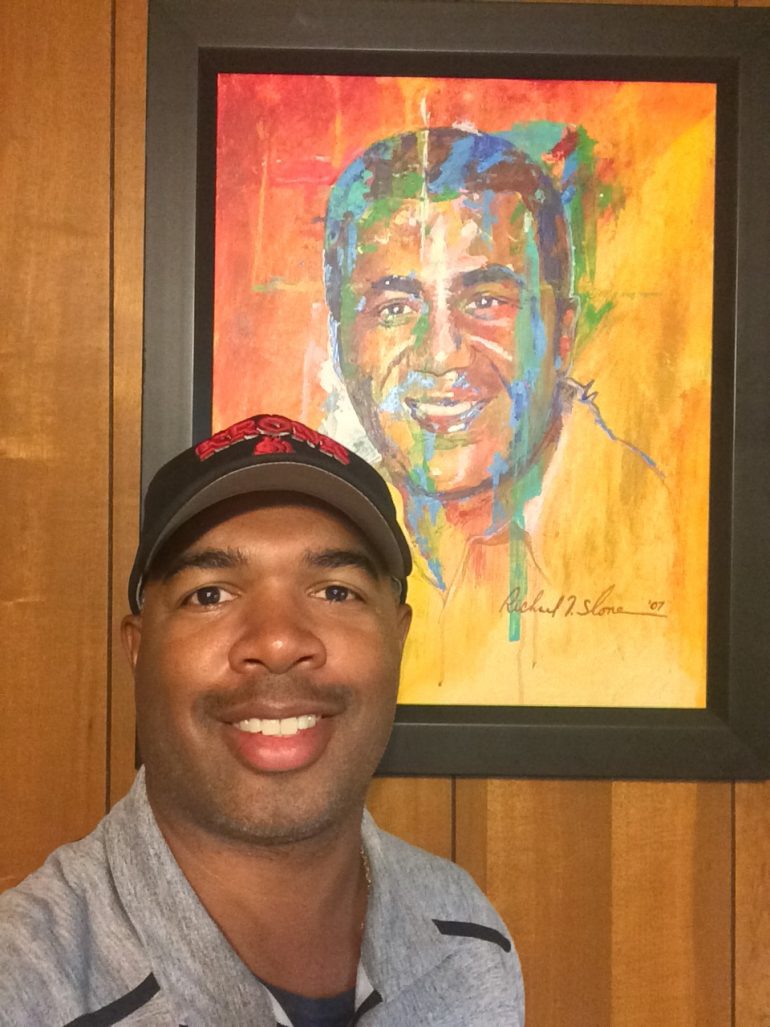 Close your eyes and if you listen long enough, you’ll hear that professorial, timeless voice again, with its staccato cadence wrapped in a slightly deeper tone that punches out every word. He’ll dab a little Vaseline on his fighter’s eyelids with his index finger, without a drop ever touching the gloves. Like he did. Each time he tapes his fighter’s hands, he instinctively stops where he would stop.

SugarHill Steward absorbed so much of his late legendary uncle Emanuel Steward, the beloved Hall of Fame trainer, he’s evolving into him.

A few weeks ago, SugarHill was plopped down with a gleaming smile on his face and his belly hanging out next to The Ring/WBC world heavyweight champion Tyson Fury after the “Gypsy King’s” historic demolition of Deontay Wilder.

That’s when the 33-year-old Brit laid a bomb on his unsuspecting trainer with: “I need to thank my trainer. At the end there he told me, ‘Get your jab working, only the big dogs pull it out late on.’ It was edge of the seat stuff and could’ve gone either way. SugarHill pushed me to knock him out late.”

You could feel the squirm. 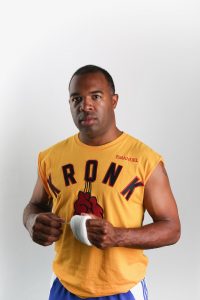 SugarHill Steward embraces his famous uncle Emanuel’s shadow and is now beginning to make a big name for himself.

SugarHill doesn’t like compliments. He hides from praise. Just like his uncle, he would prefer the positives to glance off his sides, and swallow the nails. Pain and struggle sustain him, push him to greater heights, make him hungrier for the next challenge.

Well, SugarHill is 49 and the accolades are coming, whether he likes them or not. He’s the trainer of the world’s heavyweight champion and he’s emerging into his own man, though someone who firmly embraces the considerable shadow he still says was more a father to him than an uncle.

He’s finally being recognized as a renowned trainer—like his uncle.

“I like the struggle,” SugarHill said. “I had to work my whole life. I’ll never forget Emanuel paid my way through college and I f—ked it up. I didn’t what I was supposed to do in college and he put the money up for me and everything. It was given to me. It wasn’t like I had to earn it.

“In that instance, I f—ked it up. Emanuel cut me off a little. He told me he wasn’t going to do anything for me until I showed him my report card from school. Things like that. Nothing big. I had a little spite toward him, but I shouldn’t have. I thought he should do things for me. I found out I had to do things for myself, like watching him and remembering how he came up.

“A lot of times through the amateurs and pros, I did some things without him even knowing it and he would be a little upset about it. He would tell me why I didn’t tell him about a fight, how he would have flown me there. I told him I wanted to drive—like you did. You drove, I’m driving. I wanted to feel that struggle to reach the point where I am now.

“I’m happy for it. The time something was handed to me and I f—cked it up. I came home from Florida A&M and when I got home, I got caught up in the streets a little bit. I didn’t like it and got out. Emanuel gave me tough love and I wouldn’t be where I am today without it.”

SugarHill, whose mother Laverne is Emanuel’s younger sister, became a Detroit police officer at 25 and stayed for 12 years until he retired to commit himself fulltime to training fighters. The police world introduced him to a whole different group of people, and it taught him patience.

It was another epiphany for SugarHill.

He dabbled in training, though never plunged into the deep end until he decided to retire.

“I’m not going to lie, I can’t lie, I wanted to be like my uncle,” SugarHill said. “That career as a police officer wasn’t going to get me there. I always looked up to my uncle as a father. I had a good career. I wanted to be a world champion myself, but when I was 18 months old, I cut all of the ligaments in my left hand that prevented me from making a fist. It changed my mind about being a trainer.

“I never thought about when I fought. It bothered me. As I got older, I found out I couldn’t make a fist. Hey, everything worked out. Being a police officer made me understand people. I made that move into training fulltime because I believe in myself.”

SugarHill doesn’t want any credit for Fury—nor is willing to accept it. Despite Fury even laying credit at his feet, Steward didn’t want to hear it.

“Because none of that matters to me, Tyson Fury is a superstar, I’m not a superstar, and that’s the way my uncle was,” SugarHill said. “Emanuel didn’t want the limelight. He was in the limelight, but he really didn’t want it. He was a trainer who took pride in how his fighters shined. I’m the same way. As long as my fighters win, that’s what makes me happy.

“I understand the comments will come my way. I refuse to take the credit. If I can’t get through to a fighter and make him respond, then I fail. I believe in myself to make sure my fighter’s understand what I want. People don’t know but Emanuel never watched fights. He would watch two or three rounds, and he would know what to look for. 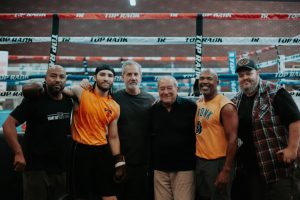 “For Anthony Joshua and Oleksandr Usyk, I watched 60 seconds and I left. I went out and barbecued. I knew what was going to happen. I see myself evolving, and that comes with maturity and experience. You see things differently and do things differently. I’m happy where I am.”

Richard Slone, the noted boxing artist, has known SugarHill for over 20 years. The pair will work with each other in Nico Ali Walsh’s corner this Saturday on the Jamel Herring-Shakur Stevenson undercard from the State Farm Arena in Atlanta.

SugarHill channels his uncle in many ways, down to how he holds his hand to his face during press conferences.

“SugarHill is very humble, but he’s also very confidence, because he was raised by his uncle and raised in the famous Kronk Gym, so SugarHill has been around that his whole life,” Slone said. “The way SugarHill speaks, the way he dresses, he’s just like his uncle.

“I think he’s one of the best trainers in the world and he deserves more credit than he gets. You have all of these social media experts in the world today, and they don’t know what they’re looking at, and his best is still yet to come. SugarHill is exactly like Emanuel, because neither of them like the accolades. The respect Fury gives him is tremendous.”

SugarHill is one thing his uncle was not—he’s more physical than his famous uncle. SugarHill will get into the ring and spar his fighters, as he did Ali Walsh.

“SugarHill is tremendously strong and tremendously driven,” Slone said. “None of his success surprises me—and there’s a lot more to come.”

SugarHill laughs about having his shirt off during the Fury-Wilder III post-fight presser. He should be a nominee for 2021 Trainer of the Year. His reputation is sound and growing.

“My uncle’s last words to me were, ‘Just win, and everything else will fall in place,’ and I think about that every day,” SugarHill said. “None of the other stuff matters. It’s not just me. It’s the fighters. They do the work. I love the challenge. That third fight with Wilder was a big challenge to me.

“There are no nerves in me. I want that challenge. I don’t want it all easy. That fight for me is the same fight as the fighter. I give Malik Scott a lot of credit for how he trained Deontay. I’m happy for him, because he’s a fighter who’s getting a chance at another career. He did a great job. That was the challenge. I live for the excitement of big-time boxing.”

If you close your eyes and listen long enough, you’ll hear that timeless voice again, with its staccato cadence wrapped in a slightly deeper tone that punches out every word.

And somewhere, you just know Emanuel Steward must be smiling.