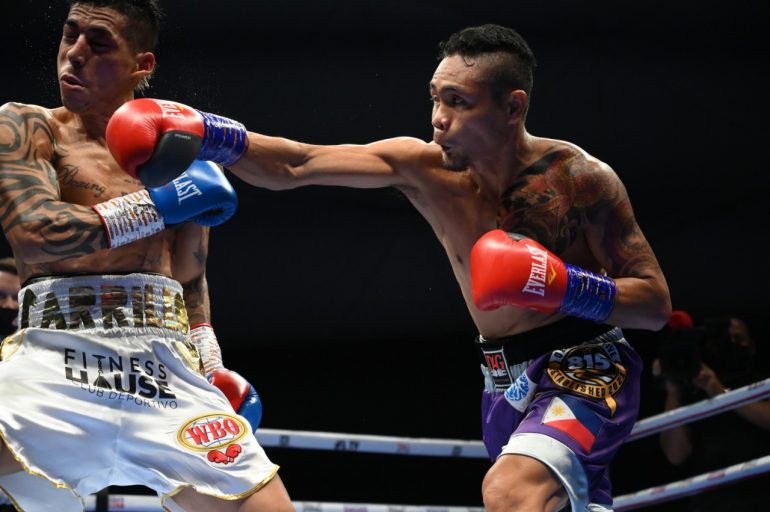 Nietes (43-1-5, 23 knockouts) joins fellow Filipino legend Nonito Donaire Jr. as the 15th boxer signed to the upstart company, which only announced its formation a month ago.

“I am so proud to be part of it, and I am looking forward to fighting again soon so that I can continue to show my boxing abilities and technique.”

The 39-year-old from Murcia, Negros Occidental, Philippines has fought just once in the past two-plus years, defeating Pablo Carrillo by unanimous decision this past April in Dubai. Nietes had been on The Ring’s pound for pound list after winning the WBO junior bantamweight title on New Year’s Eve of 2018 against Kazuto Ioka.

Inactivity, first due to him vacating the title instead of facing mandatory challenger Aston Palicte again, and then his career-long promoter ALA Promotions going out of business, forced him off the list.

Nietes has won world titles at strawweight, junior flyweight, flyweight and junior bantamweight, putting him in elite company with Donaire and Manny Pacquiao as the only Filipino boxers to win world titles in four weight classes. Still, Nietes has not faced a career-defining opponent the likes of Roman “Chocolatito” Gonzalez, Juan Francisco Estrada or Srisaket Sor Rungvisai.

Nietes has been busy in the gym, training alongside long-time trainers Edito and Edmund Villamor in the Philippine province of Cebu.

Richard Schaefer, President of Probellum, says the plan is to have Nietes back in the world title picture shortly.

“We have seen the lower weight classes finally receive the praise they deserve in recent years, and Donnie is a key part of that stacked super-flyweight division,” said Schaefer.

“He has already won world titles in four divisions, making him a true legend of the sport, and we’re proud to now be working together as we look to help him claim world honors again in the near future.”