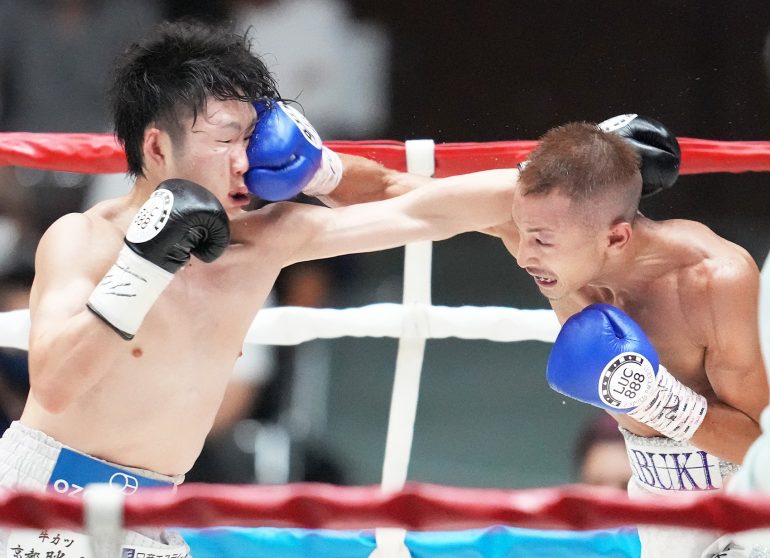 Yabuki climbed to No. 2 in The Ring Magazine ratings at 108 pounds following an upset 10th-round stoppage of long-reigning titlist Kenshiro Teraji on September 22.

After getting back in the win column, Yabuki lost to Daniel Matellon (SD 8) but since then the big-punching Japanese fighter has prevailed in six consecutive fights, winning the Japanese national title before claiming world honors and raising his record to 13-3 (12 KOs).

Hearn currently promotes The Ring Magazine 108-pound champion and WBA junior flyweight titleholder Hiroto Kyoguchi. It has been rumored that the promoter would like to buy the rights to two fights from Shinsei Gym, who promoted Teraji-Yabuki, and pair up Kyoguchi and Yubuki in a unification match up.

However, Teraji has a rematch clause, and it is not known if he intends to invoke that.

Yabuki also expressed a desire to face Nakatani in a rematch.

Our correspondent Hank Hakoda provided the news and updates on this matter.