Stevenson, who is rated No. 5 by The Ring at 130 pounds, is excited at the prospect of accomplishing one of his short-term goals, but he expects Herring to provide his toughest test to date.

“It would mean everything to me to become a two-weight world champion,” Stevenson (16-0, 8 knockouts) told The Ring. “I think it’s going to be a good fight – he’s a solid fighter.

“He’s a big threat, every opponent is a threat. He’s tall, rangy, boxes a little bit, he’s got a little pop. I just don’t think his skill level is on my skill level. I’m going to put on a great show.”

The 24-year-old pride of Newark, New Jersey, is familiar with Herring’s team, which is helmed by Brian McIntyre, trainer of Stevenson’s good friend and WBO welterweight titleholder Terence Crawford.

“I know [Herring’s] going to come in in shape,” said the challenger. “I know he made the proper sacrifices. He’s got a great corner. He did a whole training camp with Bo-Mac. I know he’s going to be prepared.

“I think he’s going to be on top of his game. I’ve got to go against Bo-Mac and them. It’s going to be cool; I don’t think that’s going to play a part. I feel like they’re good at what they do; they know how to prepare people and I know that. It doesn’t matter who it is, I’m coming prepared.” 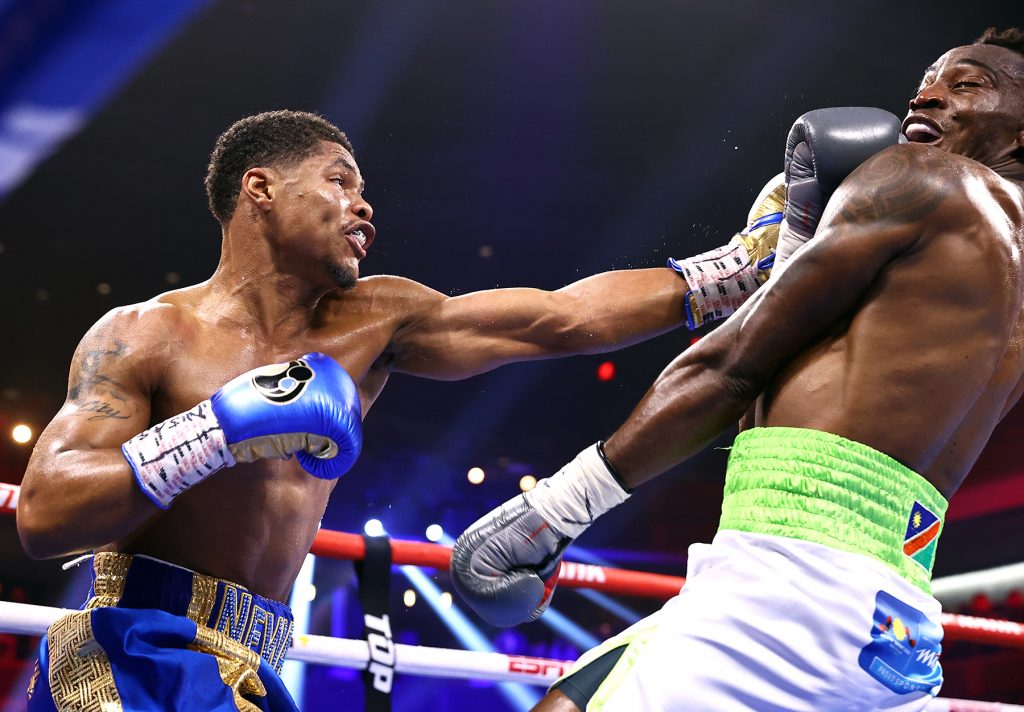 Stevenson, who has spent eight weeks training in Las Vegas under the watchful eye of his grandfather Wali Moses, received his share of criticism for his most recent performance; a comprehensive 12-round decision over the unheralded Jeremiah Nakathila.

However, he remains unapologetic for what he felt was a job well done.

“I really don’t care because on my bad night I dominated every round,” said Stevenson, who claimed a 120-107 decision on all three scorecards. “Other people have a bad night and they end up losing rounds and barely winning. On my bad night, I won every round and dominated the fight.”

Stevenson, who is considered one of the best young talents in boxing, has lofty goals.

“I feel [WBC titleholder Oscar Valdez is] the big fight at 130; there’s no bigger fight and I feel that’s a great fight too,” he said. “I [also] want to get the IBF and WBA [titles].

“I look at going on the pound-for-pound list, going up [and becoming a] three-weight [world champion] at ’35. I feel that’s not too far in the future. I’m going to have a great career and do a lot of great things.”

Herring, who is rated No. 1 by The Ring at 130 pounds, served two tours of Iraq before representing the U.S at the 2012 Olympics.

After turning professional at 135 pounds, he elected to drop to 130 after losing two fights. He teamed up with McIntyre and beat Masayuki Ito (UD 12) for the WBO title and has made three defenses, notably stopping Carl Frampton (TKO 6) last time out to take his record to 23-2 (11 KOs).

Herring-Stevenson, plus undercard action, will be broadcast by ESPN in the U.S. and Sky Sports in the U.K.