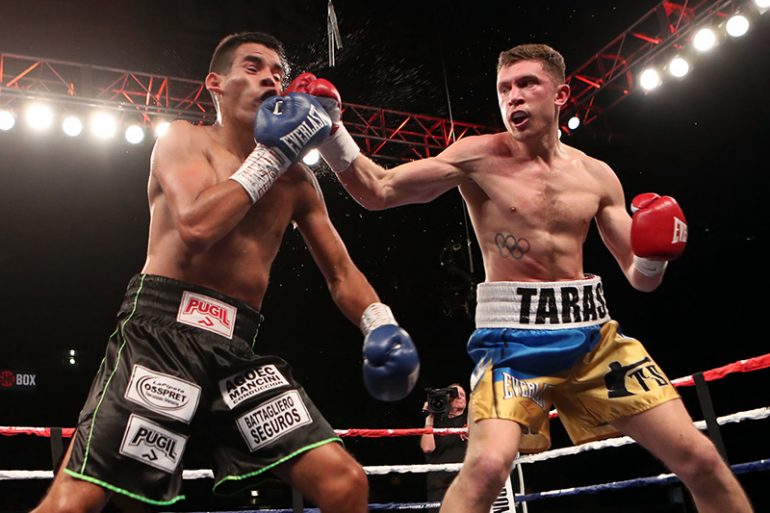 Tonight marks a new chapter in the career of Taras Shelestyuk.

The unbeaten welterweight will return to action for the first time in nearly 21 months when he squares off against Ricardo Salas Rodriguez at Oasis Hotel Complex, in Cancun, Mexico. The 10-round bout will precede the main event between unbeaten junior bantamweight David Cuellar and former world titleholder Moises Fuentes.

Shelestyuk (18-0, 10 knockouts), who is originally from Makeyevka, Ukraine, and now lives and trains in Los Angeles, California, has not fought since defeating Luis Alberto Veron by unanimous decision on January 31 of last year.

In May of this year, Shelestyuk announced he was a promotional free agent. He had mostly fought under the banner of Thompson Boxing since turning pro in March 2013.

Earlier this week, Probellum, the new company run by Richard Schaefer, announced it signed Shelestyuk to a promotional deal. Shelestyuk is just glad to return to action and hopes to face the top fighters at 147 pounds.

“I’m excited to be back in the ring,” Shelestyuk told The Ring Thursday night. “[I] had [a] really good training camp and sparring with a lot of young, undefeated guys. I’m ready to fight and show the art of boxing here in Cancun.”

Shelestyuk represented Ukraine at the 2012 Olympic Games in London, winning a bronze medal.

Rodriguez (16-2, 11 KOs), who resides in Mexico City, lost by split decision to Julio Luna Avila in his most recent bout on August 5. The loss snapped a string of nine consecutive victories.

Junior featherweight Pedro Tut (20-1, 6 KOs) will fight before a hometown crowd as he faces Antonio Tostado Garcia (25-8, 8 KOs), of Jamay, in an eight-round bout.