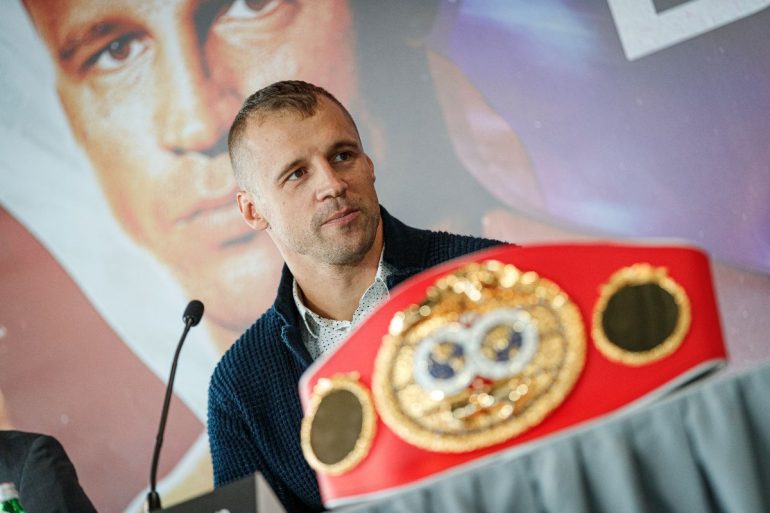 Mairis Briedis (27-1, 19 KOs) and Artur Mann (17-1, 9 KOs) met today at the final pre-fight press conference ahead of their IBF and Ring Magazine world cruiserweight championship contest on Saturday, Oct. 16 at the Arena Riga in Latvia.

Briedis, who is back in action following his World Boxing Super Series winning performance against Yuniel Dorticos in September 2020, returns to his hometown arena for the first time in over two years to defend his belts.

“This weekend is of course going to be a special event as Mairis Briedis defends his World Titles in front of a red-hot atmosphere at the Arena Riga, but it is also going to be an emotional one,” said Sauerland. “I have informed the team that this is going to be Mairis’ last ever appearance in his native Latvia as 2022 will mean us going on the road in order to unify the division.”

“If this is my last fight in Latvia then this has given me additional motivation,” said Briedis. “I will make sure I give everyon at Arena Riga a night to remember. Boxing in Latvia is fantastic. This is my home and fighting here is special. I’ve boxed all over the world, including in the United States, but nowhere is as good as here. I will make sure I enjoy this evening with my fans.”

Looking to spoil the party is German challenger Mann, who having turned 31 on Monday, will be hoping to celebrate with a victory on Saturday night.

“I am very motivated,” said Mann. “I’ve been training hard since the day I received a call about this fight. This is the most important thing for me right now. I will give everything in the ring and I hope on Saturday I will succeed.”