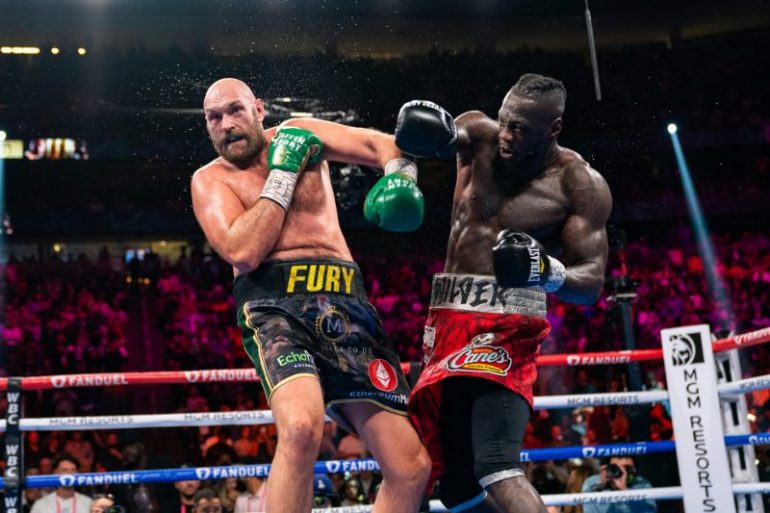 The former WBC heavyweight titlist was stopped in the 11th round of a modern classic slugfest by Fury, who also suffered a pair of knockdowns in the fourth round but scored three knockdowns of his own to end the trilogy in emphatic fashion.

Wilder took a tremendous amount of punishment during the fight, so much that he was held overnight at University Medical Center for precautionary measures. He was medically cleared following a slew of tests but his damaged right hand failed to sneak its way past the medical professionals.

For the second time in as many fights, Wilder (42-2-1, 41 knockouts), who turns 36 on October 22, exited the ring with a loss and an injury. He suffered a torn left biceps that required surgery in his first loss to Fury (31-0-1, 22 KOs) in February 2020, in Las Vegas, where the Englishman dominated the American from pillar to post in a seventh round stoppage.

Wilder is expected to have surgery on the injured right hand later this week but it isn’t the first time his signature weapon has been mangled in battle. He required two procedures, including surgery, following an eighth round knockout win over former two-time title challenger Chris Arreola in July 2016. The bout also saw Wilder suffer a torn right biceps that kept him out of the ring for seven months, which could be a possible timetable for his return next year.

“He has to have surgery; the knuckle is OK. It’s the bone behind the knuckle that broke. He’s sore but he was OK; he was home yesterday,” Wilder’s co-manager Shelly Finkel told The Sun.

“He’s healing and, at this point, if everything is OK, after the hand surgery, he’ll probably look to enter the ring mid-next year, like April or May.”

Malik Scott, who trains Wilder, confirmed to iFL TV that his fighter would not retire despite hinting at the possibility last week.

“Deontay has set his family financially secure, so he doesn’t have to fight to make a living,” Scott said, “but retiring is not in his plans at all and not something we’ve discussed.

“He will be back in any form he wants to be. He’s a big-time fighter and he doesn’t belong down there with the other guys. He needs to be in high-level fights and main events.”