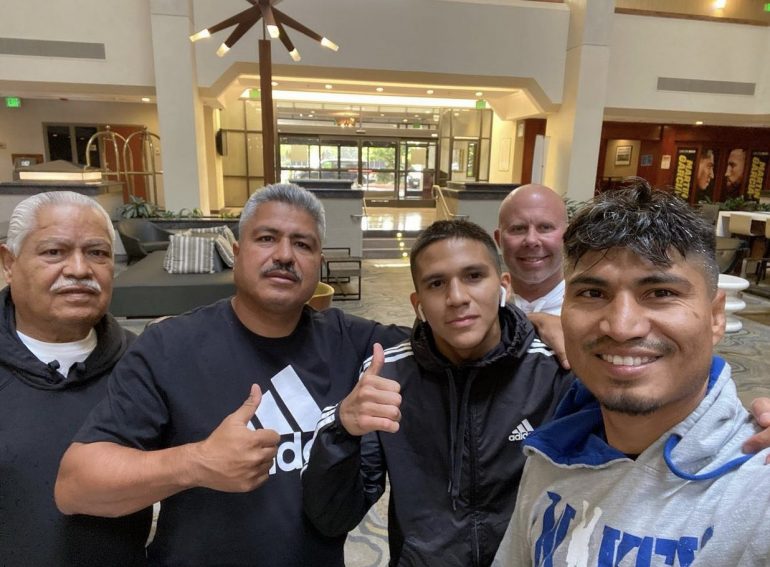 Jesse Rodriguez’s attempt to fight a top contender or a challenge for world title belt will have to wait.

The undefeated Rodriguez, who is ranked No. 7 at 108 pounds by The Ring, will now face Jose Alejandro Burgos on Saturday night, it was announced on Monday. The 10-round bout will take place at Chukchansi Park in Fresno, California and will precede the main event bout between Mikey Garcia and Sandor Martin.

Rodriguez (13-0, 9 knockouts), a talented boxer-puncher who resides in San Antonio, Texas, was scheduled to face Esteban Bermudez, who stopped contender Carlos Canizales, on May 28, in Mexico City. Two sources told The Ring Tuesday morning that Bermudez was not able to secure a visa to enter the United States.

Saturday night will be the second time Rodriguez will have had a fight fall through in less than four months. He was previously penciled in to face unbeaten Jose Soto of Colombia, on June 26, in Las Vegas, Nevada.

Rodriguez has not fought since knocking out former world title challenger Saul Juarez on December 12. He has stopped his last five opponents.

The 21-year-old is promoted by Akihiko Honda and is trained by Robert Garcia.

Burgos (18-4-1, 15 KOs), who is originally from Ensenada, Mexico and now resides in Los Angeles, most recently fought on June 19, losing to prospect Saleto Henderson by unanimous decision. He has notched only one win in his last four bouts.