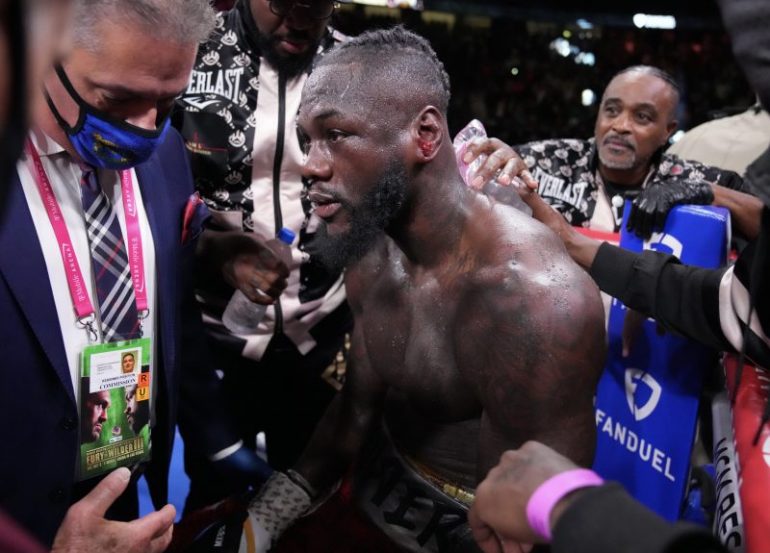 Deontay Wilder has been released from the hospital after suffering a hand injury en route to his 11th-round knockout defeat to Tyson Fury on Saturday in Las Vegas. 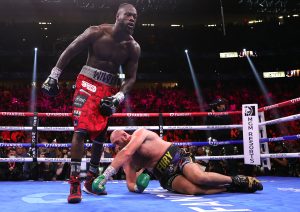 Wilder is a BOMBER TIL THIS DAY! Photo by Mikey Williams / Top Rank

The “Bronze Bomber” was knocked out for the second consecutive time against Fury — this time in brutal fashion — in a failed bid to recapture the WBC heavyweight title and his second attempt at snagging The Ring Magazine hardware, despite dropping his opponent twice with a right hands in the fourth round.

Wilder may have suffered a hairline fracture in his right digitus medius while landing one of the bombs that momentarily scrambled Fury, who dropped the Alabama native in rounds three, 10 and 11 — the last of which sent the 35-year-old crashing to the canvas, prompting referee Russell Mora to halt the action at 1:10 of the round.

While Wilder had improved from the version that was dominated and stopped inside seven rounds during their second bout in February 2020 after joining forces with new trainer Malik Scott, it was still not enough to beat the 6-foot-9, 277-pound Fury, who heaped punishment on his American rival during the late rounds. Wilder left the ring without a post-fight interview, skipped the post-fight press conference and was taken to a nearby hospital as a precaution.

Scott, a former heavyweight contender, reports that, apart from the hand injury, which may require surgery, Wilder is doing well. However, he wants his pupil to take his mind off of boxing for a while.

“Life goes on. Fury, I assume, will get the [Oleksandr] Usyk shot which would be good,” Scott told ES News. “I really don’t want Deontay talking about boxing or doing nothing to do with boxing for quite some time; I want him to get some rest after this.

“Even after the last fight, he was so worked up he never really got to rest. He deserves a good rest, and we’ll make sure he gets it. I’m going to head down to Tuscaloosa in a few days to spend some time with him.”