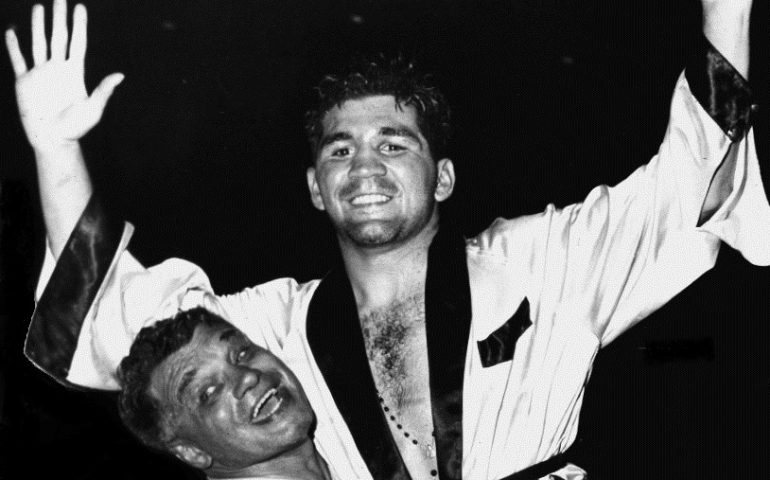 Tony DeMarco, the wild-swinging Boston brawler who won the world welterweight championship in 1955, died Monday morning at age 89, according to multiple sources.

The news was first broken by promoter Russell Peltz on Twitter. No cause of death was announced.

Born Leonardo Liotta on January 14, 1932, the 16-year-old from Boston’s North End assumed the name of his friend in 1948 to circumvent the 18-year-old age requirement to turn professional. His career spanned 14 years, ending with a record of (58-12-1, 33 knockouts) and earning him induction into the International Boxing Hall of Fame in 2019.

DeMarco had his first major step-up in February of 1955, drawing with lightweight champion Jimmy Carter in a non-title fight.

Two months later, DeMarco knocked out Johnny Saxton in 14 rounds to win the welterweight championship at Boston Garden. DeMarco, a natural lefty who boxed out of an orthodox stance, traded punches at close range with the New Jersey native from beginning to end.

“I felt a pain in my right hand. I switched to southpaw, which was natural for me. I started hitting him with left hooks and uppercuts: boom, boom, boom,” DeMarco told ESPN in 2008.

A left hook and a right hand sent Saxton through the ropes, though he beat the count. Saxton was defenseless as he was pummeled in the corner until the referee stopped the fight.

DeMarco became the toast of the city, though his reign would be short. He made his first defense against Carmen Basilio in Basilio’s backyard of Syracuse, N.Y. in front of over 9,000 fans. Basilio wore down DeMarco before the referee stopped the fight in round 12.

Their second meeting, in November of 1955, was far more memorable. Switching venues to Boston Garden, DeMarco was determined to regain the championship. DeMarco nearly ended matters in round 7 when a leaping left hook caused Basilio’s knees to buckle and collapse underneath him. He regained his balance, and dropped DeMarco in round 12. DeMarco stood back up, but was knocked cold by a right hand as referee Mel Manning tried in vain to prevent DeMarco’s limp body from crashing to the canvas.

The bout was named The Ring’s Fight of the Year for 1955.

“People talk about me having a short title reign, but I’d have been happy to be champion for just one day. That was a dream come true for me,” DeMarco told ESPN. 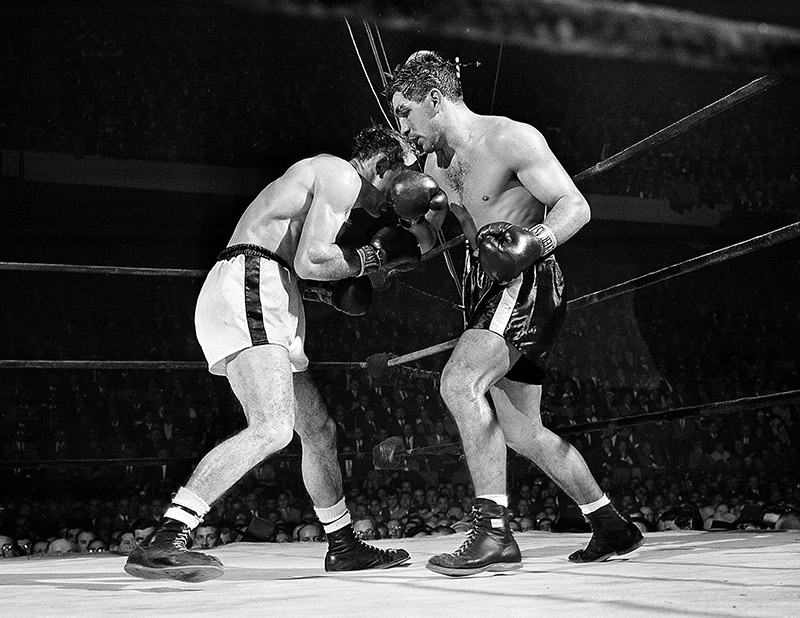 Tony DeMarco, right, lands a right to the head of Carmen Basilio in the seventh round of their rematch at the Boston Garden in November 30, 1955. (AP Photo)

DeMarco chronicled his life in an autobiography, “Nardo: Memoirs of a Boxing Champion,” which was released in 2011. He was later honored in 2015 with a statue leading into the North End neighborhood where he was born.