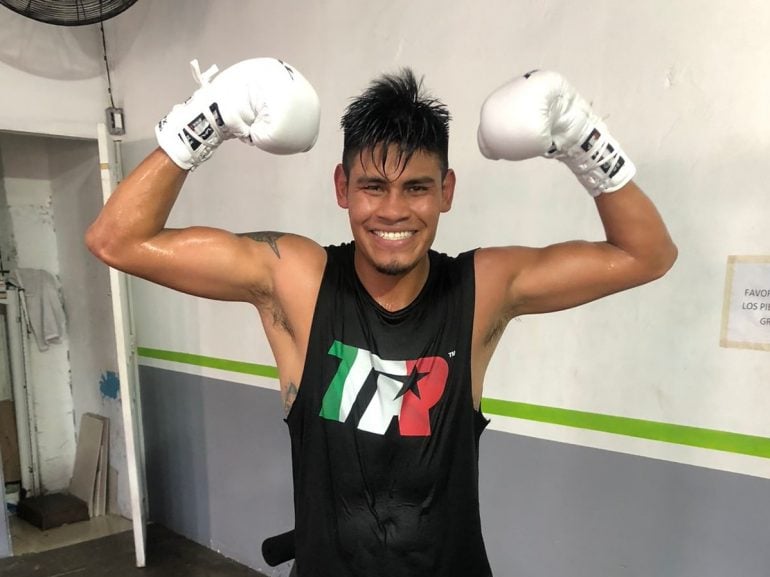 Heavy-handed WBO featherweight titleholder Emanuel Navarrete will put his belt on the line for the second time when he meets once-beaten Joet Gonzalez at the Pechanga Arena in San Diego on Friday.

Navarrete, who is rated No. 1 by The Ring at 126 pounds, expects a tough test from the 26-year-old Californian.

“He has his record in this division, he earned the right to be the mandatory challenger and has all my respect,” Navarrete (34-1, 29 knockouts) told The Ring through his manager Memo Brito. “We all look for an opportunity, like I had [when I became world champion.] I like to be a champion who fulfills his commitments.

“[Gonzalez] is a good boxer, he has good qualities, he has the Mexican style of always going to attack. I like that and I know that the styles of the two [of us] will give a great show for the fans.”

Navarrete, also 26, beat Ruben Villa (UD 12) to secure the vacant title in October 2020 and turned back the challenge of Christopher Diaz (TKO 12) in his maiden defense.

The Mexican star also had six world title wins at 122 pounds and with experience comes confidence.

“I really do not like to see my rivals on video a lot,” Navarrete said. “I prefer to bring my own fight plan. My coaches analyze my rivals very well and they tell me what we will do.

“I know he will seek to beat me and I’m ready to go to war with Joet.” 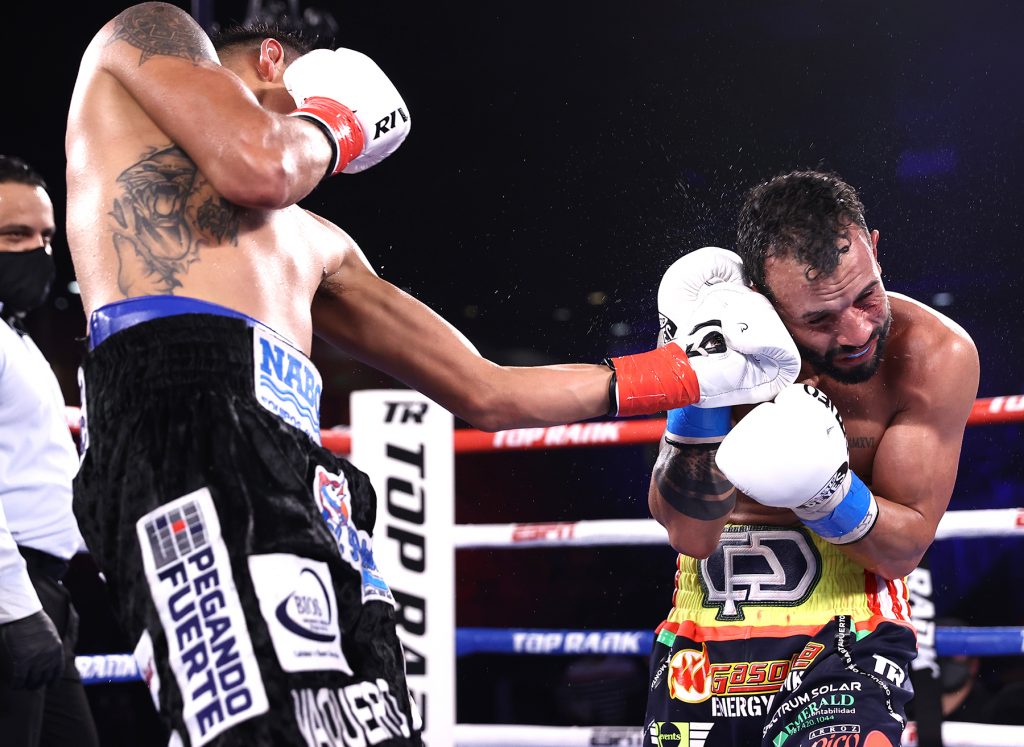 Navarrete intends to use Gonzalez’s strengths against him.

“His desire to want to win [against] me and to go with everything will be better for me,” he explained. “I like that type of fight, I can connect my best blows. I can also box at a distance, but seeing his style, he will want to fight up-close, and without a doubt I will have an advantage because of my punch. I always look for the KO. People always want to see wars in the ring, I hope we both achieve that. I am going to go with everything to show why I am the champion.”

The fight takes place not far from Navarrete’s training base in Tijuana.

“It is like fighting in Mexico,” he said gleefully. “Besides avoiding taking a flight, being only 20 minutes from San Diego is much better. I can better plan my weight loss, and I will not lose a day in airports.

“Unfortunately, with the border closed because of Covid, only some [fans] will be able to go from Tijuana. But from San Diego and Los Angeles, I am sure many people will support me. I am going to give them a great fight and I will look for the KO from the first round.”

This will be Navarrete’s 10th world title fight in less than three years, making him one of the most active world champions in the sport today.

However, while he has become a two-weight world titleholder, Navarrete hasn’t been able to secure a big-name opponent or unification. He has aspirations of achieving both in the not-too-distant future.

“First of all, I have a lot of respect for Joet, but after fulfilling this mandatory challenge, I would have the possibility of looking for a unification or a fight with a top boxer,” Navarrete stated. “I would not mind moving up a division. When they give me the chance to face a big challenge, I want to show that I can beat the best in the world.”

Brito, who has guided eight fighters to world titles, hopes he can deliver for his client.

“Emanuel always wants to face the best,” said the manager. “After overcoming this great challenge, we want a unification. Top Rank have several interesting names up at junior lightweight. We could go looking for an opportunity, and I think Emanuel can put up a great fight with any of those big names.”

Gonzalez, who is rated No. 10 by The Ring at 126 pounds, turned professional in 2012. He defeated Rafael Rivera (SD 10), Rodrigo Guerrero (KO 5) and Manuel Avila (KO 6) before losing his unbeaten record to Shakur Stevenson (UD 12) for the then-vacant WBO 126-pound title. Gonzalez (24-1, 14 KOs) has rebounded by impressively besting Miguel Marriaga (UD 10) in his most recent outing.