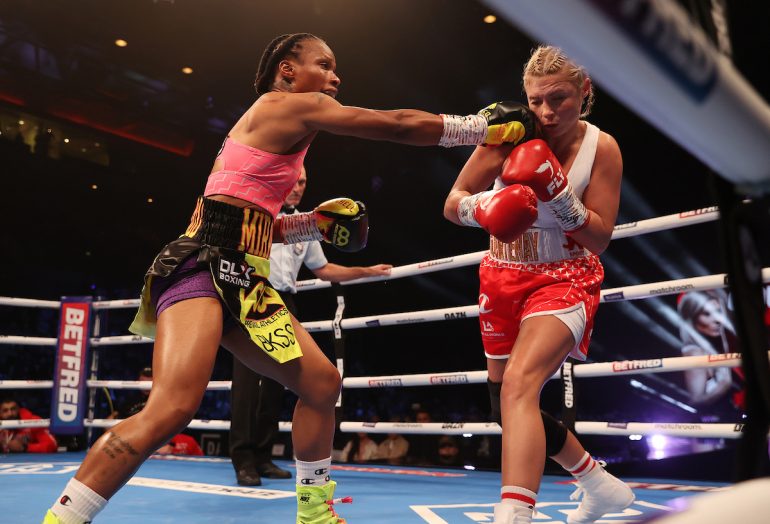 American Jamie Mitchell arrived in the U.K. confident of beating Shannon Courtenay and she did just that, claiming the vacant WBA bantamweight title at the M&S Arena in Liverpool on Saturday.

“This changes my life, but a belt doesn’t make me.”

The 36-year-old Mitchell came out blazing in Round 1 and forced the home fighter on to the retreat. Courtenay responded with the odd nifty counter, but she was outworked, and that was essentially the fight in microcosm.

For round after round, Mitchell boxed well on the outside behind an educated jab and when the pair traded up close, the Las Vegas-based Californian, for the most part, got the best of it.

Courtenay fought very well in Round 8, scoring effectively with the right hand and backing up her opponent but that success was short-lived.

The 28-year-old Courtenay (7-2, 3 KOs) lost the title on the scales on Friday after coming in 2.5 pounds over the bantamweight limit. She won the vacant title in April by outpointing popular Australian Ebanie Bridges.

Both fighters committed to a direct rematch.