Edgar Berlanga: I want to punch holes through people’s faces 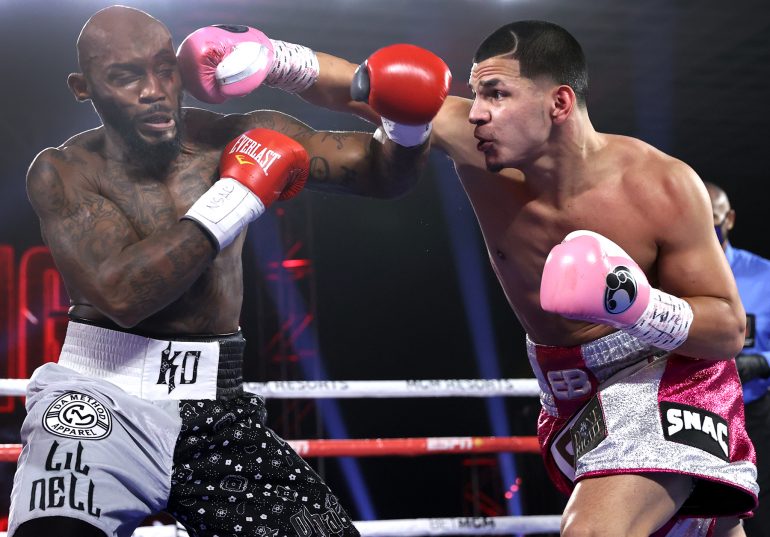 LAS VEGAS – There is four-fight plan in place for super middleweight Edgar Berlanga, one of boxing’s best prospects and most exciting punchers, that could go a long way to launching him to stardom if he runs the table, and it starts against former world title challenger Marcelo Esteban Coceres on Saturday night at T-Mobile Arena.

Berlanga-Coceres will be one of two scheduled 10-round bouts – the other is former junior middleweight titlist Julian “J-Rock” Williams (27-2-1, 16 KOs), 31, of Philadelphia, versus Vladimir Hernandez (12-4, 6 KOs), 32, of Mexico — that will air live on ESPN2, ESPN Deportes, ESPN+, FS1 and Fox Deportes beginning at 7 p.m., before the start of the Tyson Fury-Deontay Wilder III pay-per-view telecast that begins at 9 p.m. ET.

Berlanga, his father Edgar Sr., manager Keith Connolly and Top Rank have agreed to a plan that is aggressive and ambitious.

It starts with Saturday’s fight. If all goes well, Berlanga, a Puerto Rican from Brooklyn, New York, would return to fight Dec. 11 for a hometown fight at the Hulu Theater at Madison Square Garden in the co-feature of Vasiliy Lomachenko’s next bout, followed by his first fight in Puerto Rico in March, and culminating with a main event at Madison Square Garden in June on the weekend of the annual Puerto Rican Day parade.

But that schedule would be short circuited if Coceres pulls the upset.

“Boxing is not like any other sport,” Connolly told The Ring on Thursday. “Every fight is important because if you lose you’re set back years a lot of times. It’s very important. This is a test where this guy is coming in to win. He’s had 32 fights and won 30 of them and fought for a title. Not only is winning important, [but] how Edgar wins.”

In 2019, Coceres (30-2-1, 16 KOs), 30, of Argentina, traveled to Los Angeles for his first fight in the United States and got knocked out in the 11th round challenging then-super middleweight world titleholder Billy Joe Saunders.

“It took Billy Joe Saunders until the 11th round to stop Coceres and I think if Edgar can stop him in the first half of the fight, and do it in dominant fashion, it’s going to be a measuring stick for Edgar compared,” Connolly said. 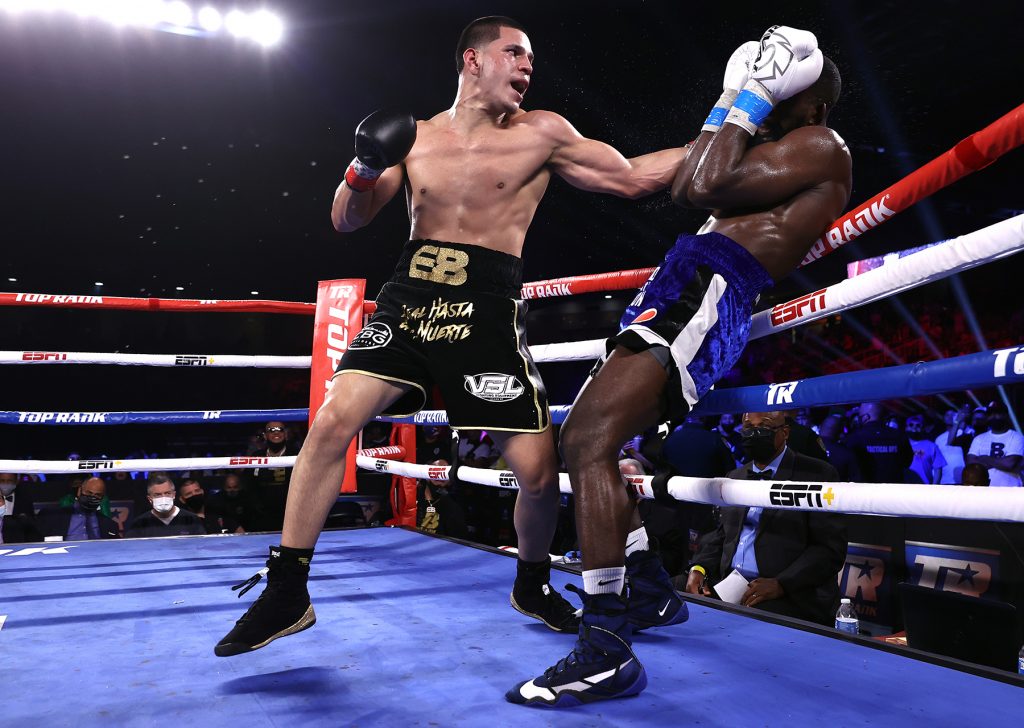 Berlanga is coming off a one-sided beating of Demond Nicholson in an eight-round unanimous decision on April 24 in Puerto Rican hotbed Kissimmee, Florida, where Berlanga (17-0, 16 KOs) fought in a co-feature but sold most of the tickets.

After beginning his career with 16 consecutive first-round knockouts, Nicholson took him the distance, even if he was punished in the process.

Sure, Berlanga would have liked to keep the first-round KO streak rolling, but he said he was fine going the distance.

“It was a blessing to get rounds in during my last fight,” Berlanga told The Ring. “I got the experience. That’s what I needed for my career, just to see what it’s like to go into the later rounds. You see my power was still there and we got the job done that night.

“I was alright with (the knockout streak ending). I was actually happy that I got the rounds in even though I wanted to take him out. Obviously, we only did eight rounds, but I feel like if I would have had a couple of more seconds left in that eighth round I would have took him out. He was hurt already. He was done but he got saved by the bell. I actually showed that I have the power in the later rounds, so I’m happy with the performance. I gave that performance a ‘C’. I’m looking to give an ‘A’ performance on Saturday night.”

Coceres’ lone stoppage loss was Saunders and Berlanga made no secret that even if he was OK going the distance with Nicholson, he’s coming for a KO on Saturday.

“We have a game plan for Saturday and we’re going to execute it like I always do,” said Berlanga, who is trained by Andre Rozier. “We’re not going to the scorecards. Expect fireworks like always. Get your popcorn ready and tune-in, baby.

“If we start a new (knockout) streak that’s good for me. I’m a vicious, ferocious fighter, so I’m not looking to go to the scorecards. I’m trying to take his head off, man. I’m a different type of fighter. I’m not Billy Joe Saunders. I’m ferocious, I’m vicious, man. I want to punch holes through people’s faces. I want to hurt them. Before he makes my family cry, I’m gonna make his family cry.”

Whether he gets a knockout or not, a win will push Berlanga to the second fight of the four-fight plan meant to give him experience and exposure.

“The plan is to keep Edgar busy like the old days when guys like (Mike) Tyson or even more recently GGG (Gennadiy Golovkin) in the beginning of his run on HBO were fighting regularly,” Connolly said. “Edgar’s going to be fighting four times in eight months, which is kind of unheard of in boxing nowadays. I know Canelo (Alvarez) is very busy right now (with four fights in 11 months), but we’re looking to keep Edgar active too — build his fan base. He’s going to be very active on big platforms and a year from now he should be a superstar.”

That sounds good to the 24-year-old Berlanga.

“I know this fight is going to go well and then we’re looking forward to a big night December 11 at the Garden,” Berlanga said. “It’s a crazy schedule and I’m looking forward to it. This is what I wanted. I spoke to (Top Rank’s) Todd duBoef and Bob Arum over Zoom and they made it happen. And I’m happy. I’m getting the experience I need, four fights in eight months. No fighter’s doing that right now.”