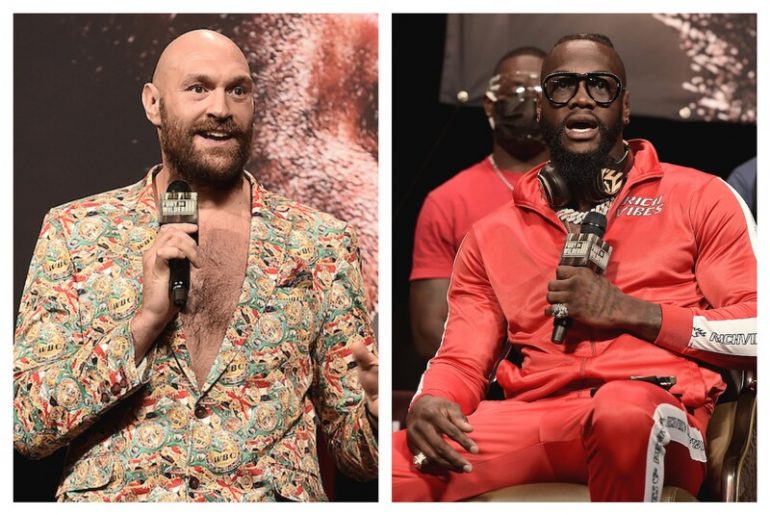 LAS VEGAS – Ring/WBC heavyweight champion Tyson Fury and former WBC titlist Deontay Wilder meet for the third time on Saturday (ESPN/Fox Sports PPV, 9 p.m. ET) at T-Mobile Arena in Las Vegas, but even before they square off again they have already been told that the winner will have two options for their next fight, at least if that victor wants to maintain hold of the WBC belt.

The sanctioning body on Wednesday issued a resolution in which it outlined the next step for its heavyweight title – the winner must either fight a unification fight for the undisputed crown or make a mandatory defense against the interim titleholder.

“The WBC Board of Governors has reviewed the recent history in the Heavyweight Division,” the WBC wrote. “Considering the long inactivity in the division due to the pandemic, ongoing legal processes, and Covid-19 infections, the WBC has ruled that the winner of this fight will have 30 days to secure a contract to unify the Heavyweight Division against WBO-IBF-WBA champion Oleksandr Usyk in search of an undisputed champion in the division. If no unification bout is secured within that time, the winner of Fury v. Wilder 3 must then fight next against the then-reigning WBC Interim Heavyweight Champion.”

If the WBC sticks by the ruling, it means Usyk (19-0, 13 KOs) is unlikely an option because he is headed to a contractually mandated rematch in the spring against former three-belt titlist Anthony Joshua (24-2, 22 KOs). Usyk, the former undisputed cruiserweight champion, defeated Joshua by unanimous decision to take his belts on Sept. 25 in London.

Assuming Usyk-Joshua II is on track, that would leave the Fury-Wilder III winner to face the WBC’s interim titlist. That is currently Dillian Whyte (28-2, 19 KOs), but Whyte is set for an interim title defense against Otto Wallin (22-1, 14 KOs) on Oct. 30 (DAZN) at the O2 Arena in London, meaning the winner of that fight would seem to loom as the Fury-Wilder III winner’s next opponent.

The commission made some changes from the officials it had appointed to work the fight when it was scheduled for July 24 but postponed until Saturday after Fury came down with Covid-19.

Initially, Michael Ortega was the assigned referee and Patricia Morse Jarman was one of the judges, but she was replaced by Weisfeld for the news date.

Moretti and Weisfeld also judged the Fury-Wilder rematch on Feb. 22, 2020 in Las Vegas. They both had him ahead 59-52 when Fury stopped Wilder in the seventh round of a dominating performance when Wilder’s now-fired assistant trainer Mark Breland threw in the towel to save Wilder from further punishment.

So, the networks have announced the broadcast team for the pay-per-view telecast on Saturday night and, like they did when they partnered on the second fight in February 2020, they are mixing their usual teams.