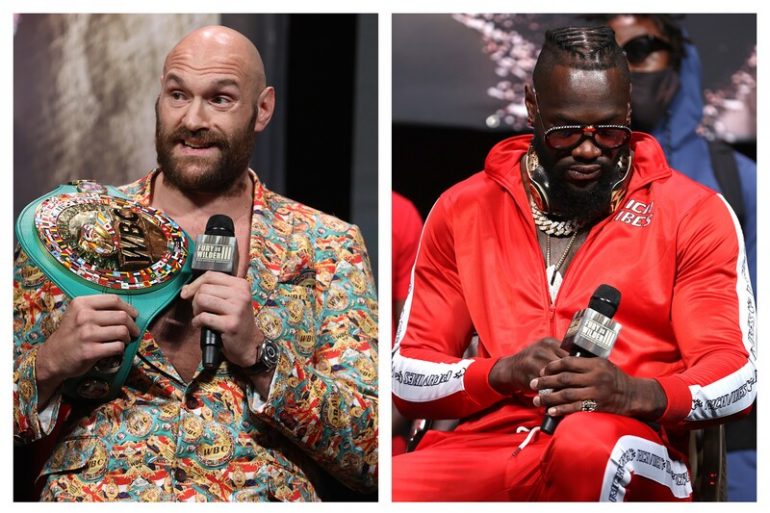 LAS VEGAS – For the most part, the final pre-fight news conference between Ring/WBC heavyweight champion and former titlist Deontay Wilder on Wednesday inside the MGM Grand Garden Arena was standard fare.

Each man had his say on the upcoming third fight, which will take place on Saturday (ESPN/Fox Sports PPV, 9 p.m. ET) at T-Mobile Arena in Las Vegas. They took nasty verbal shots at each other, but there was little back-and-forth or interruptions as Fox host Kate Abdo adeptly handled the navigation between the two emotional and irritable big men.

Fury trainer SugarHill Steward and Malik Scott, Wilder’s new head trainer, also got into the act but showed nothing but respect to each other.

But then the final several minutes of the closing remarks from the fighters at the news conference, which was being televised live on ESPN and Fox Sports 1, degenerated into a curse-filled, insult-laden back and forth of shouting between the two fighters.

Some of the key one-liners:

Wilder: You have no power, you’re not a knockout artist.

Fury: I knocked you out, dosser

Wilder: I was on my feet. When they (former assistant trainer Mark Breland) throw the towel in after the boss tell him not to do that the employee gets fired.

Fury: Mark Breland, he saved your life that night. You ought to give him a pay raise.

Wilder: I don’t need to cheat. You look up you and you look up me and I’m a nun in this sport.

Fury: Your legacy is already finished. You’ve been beat, you’ve been humiliated. This little p—- got his ass handed to him. 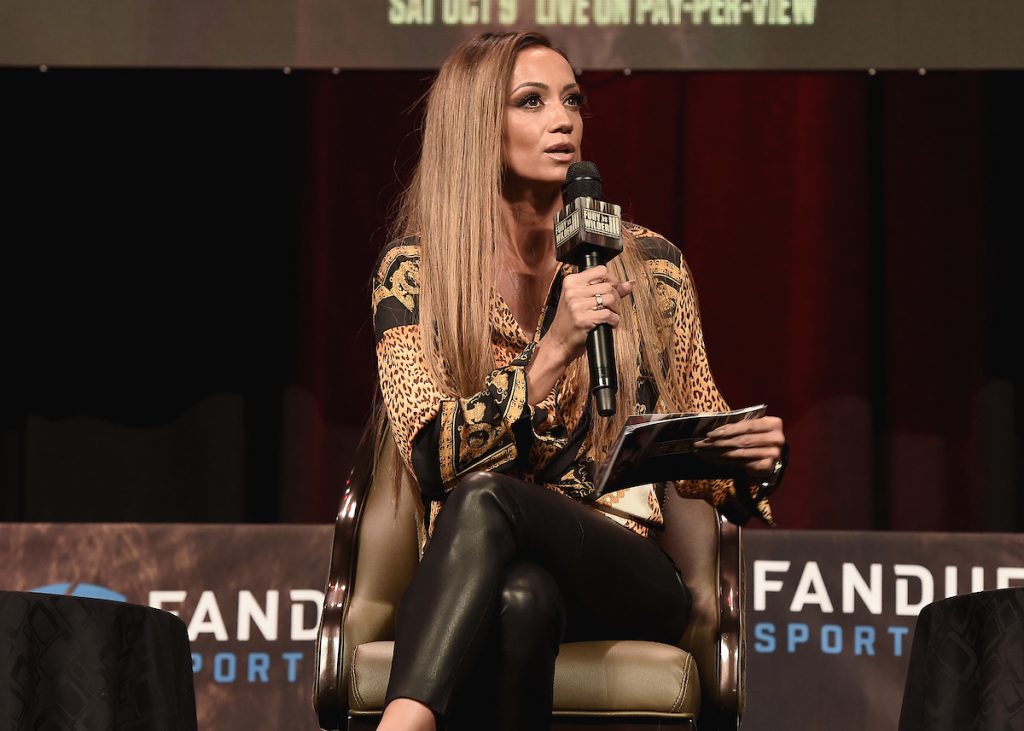 As they finished the extremely contentious conclusion to the made-for-TV news conference, Abdo then told the fighters it was time for the traditional face-off.

At that point, 89-year-old Top Rank chairman Bob Arum, Fury’s co-promoter, sprang from his front row seat and began shouting, “No! No! No!”

Arum was irate after the news conference about the call for a face-off.

“This is still a sport,” Arum said. “In the ring, they can kill each other and beat the s— out of each other. But before the fight, you’ve got to control them so they don’t do something like that. You know that if they had done a face-off here, they’d have shoved each other. There was no security up there. There was this broad (Abdo) egging them on. Because she’s with Fox, she was totally prejudiced (for Wilder), but Tyson wouldn’t let her get away with it. Who was going to stop anything?

“They’re emotional. They’re fighters. They’re human beings and they’ve insulted each other in front of the world. They were saying the worst things about each other, which is acceptable. Words don’t do any damage. Now you put them together like they’re angry dogs.”

Arum said there was never supposed to be a face-off in the first place after both sides had agreed to not do one for fear of there being a physical confrontation that might jeopardize the fight. It was just a couple of weeks ago that Canelo Alvarez and Caleb Plant came to blows during their kickoff news conference face-off that left Plant with a cut under his eye that could have forced the fight to be postponed if it had been a bit more serious.

“Fox ran this event. Of course, you should have security,” Arum said. “Of course. PBC did its job. They were arguing with Fox, no face-off. They understand. They’re boxing people. These frigging people from Fox, they don’t know crap. They bring this woman (Abdo) in from the U.K., and she’s slanting all of the press conference to Wilder. I don’t give a damn, but it’s obvious that’s what she was doing. She knew that the understanding was, no face-off. Tom Brown argued with Fox for no face-off. We said no face-off. What does she say? ‘We’re going to do a face-off. F— her and f— them! No face-off and we saved the fight!”

Abdo did not personally ask for the fighters to face off. She was told by a producer in her earpiece to ask for the face-off, and she was upset when she heard that Arum had cursed her out to media members. Not long after the news conference, a Top Rank spokesman brought Arum over to Abdo, where they had a cordial exchange in which she explained that she was under the impression there was supposed to be a face-off. Arum gave a half-hearted apology, saying he meant to blame Fox, not her personally.

Abdo later posted her thoughts on social media: “With regard to the faceoff – I was doing what we the broadcaster believed was agreed upon. But I think that’s kind of unimportant now.

“I have nothing but respect for Bob Arum and the empire he has created. I understand what he means to boxing and what this sport owes him. I think the language in this interview was entirely inappropriate. Of course it’s disappointing to be disrespected by someone I respect. But that’s life, not everyone will give you the courtesy you deserve.”

DEONTAY WILDER CLAIMS TO BE REJUVENATED AHEAD OF FURY TRILOGY BOUT