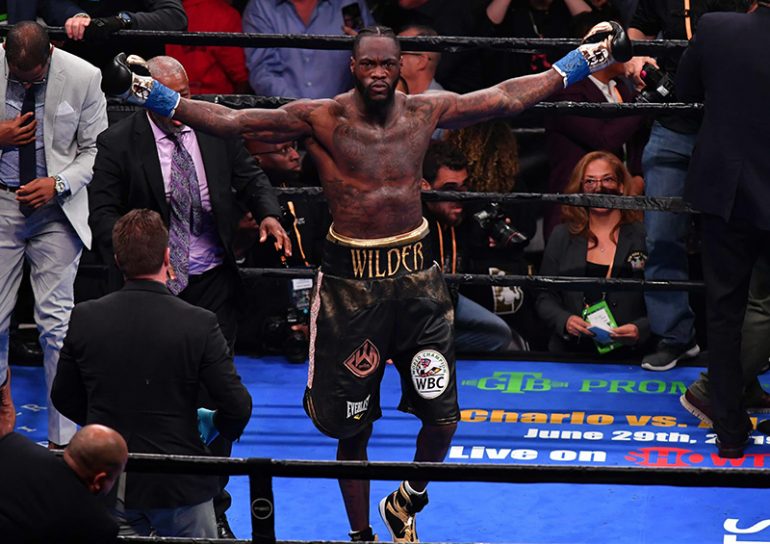 Former WBC heavyweight titlist Deontay Wilder had done the hard work of training camp and was winding down, just two weeks away from his hoped-for revenge against champion Tyson Fury, who had stopped him in the seventh round of their February 2020 rematch to take his belt.

They were set for their third meeting, which was scheduled for July 24 at T-Mobile Arena in Las Vegas, when Ring Magazine champion and WBC titleholder Fury (30-0-1, 21 KOs), 33, of England, was forced to postpone the bout after coming down with COVID-19, admitting that he had not bothered to get his second dose of vaccine; Wilder said he was fully vaccinated.

Normally, postponing a fight, especially such a big one, so close to the date is an emotional letdown for the boxers involved. They need to perhaps take a few weeks off and regroup before returning to full training to continue preparing for the new date.

Wilder took the postponement in stride and even proclaimed that he was better off for it.

“This time that has passed has been great for me,” Wilder said on a recent call with reporters to discuss the fight. “With the more time that’s passed, the more that we’ve been able to work on different little things and perfect them. You can’t always be perfect, but that doesn’t mean you can’t train to be perfect.

“The delay was actually a blessing for me. The more they delayed it, the more time we had to work on my craft and art, along with strategically going over the game plan we’re going to have on (Saturday). It was obviously frustrating, because I was ready to go, and this is the longest I’ve been out of the ring. There’s something about the ring that calls you and draws you back. You know, even when you sometimes may wanna give up, sometimes you may just wanna quit or just say, ‘I don’t wanna do it no more,’ it’s just something about boxing. It just draws you back. Look at all the retired guys coming back. But that time we had, I’ve used the time and benefited tremendously.” 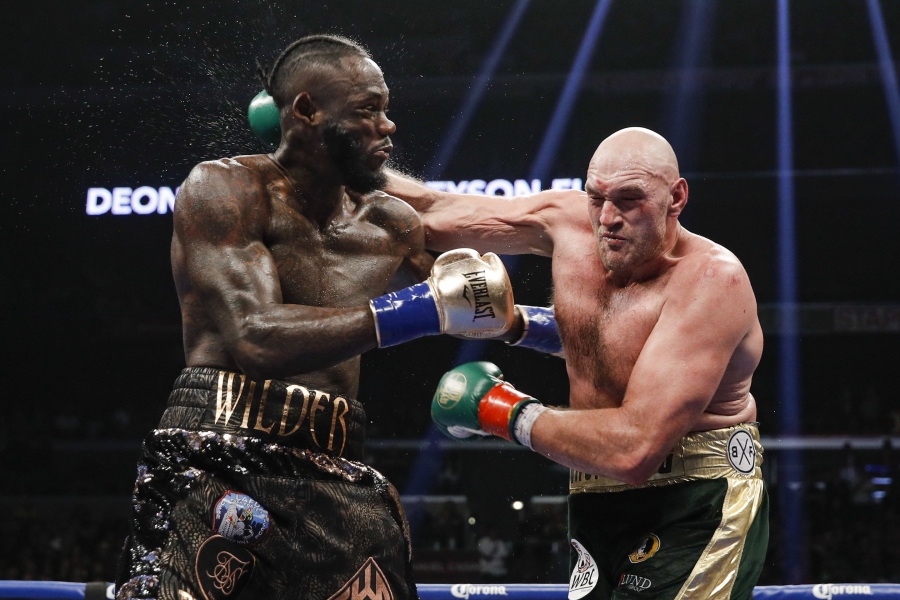 Wilder (42-1-1, 41 KOs), 35, of Tuscaloosa, Alabama, liked having the additional time because he is going into his first fight with Malik Scott, a former heavyweight contender and Wilder’s longtime assistant trainer, having been elevated to head trainer in place of the demoted Jay Deas.

Even though Wilder and Scott have been friends for years – although Wilder knocked him out in the first round in 2014, two fights before Wilder won the WBC title — and Scott has been part of Wilder’s camps, Wilder welcomed the additional preparation time.

“Malik Scott is a wonderful person and trainer,” Wilder said. “We met years ago sparring with (former cruiserweight titleholder and heavyweight contender) Tomasz Adamek. We clicked right away and we’ve formed a real bond and brotherhood. I have so much love around me in this camp that I’m not dwelling on anything negative. We’re having fun while learning and creating things together during training camp.

“That’s just the passion that we have to become two-time heavyweight champion of the world.

“I’m super focused. I’m more focused now than I’ve even been in my entire career. This is the second phase of my career. I had fun winning and defending the title for five years. At this point, we’re just serious about everything. I’m in a happy place and I’m glad that I’m here.”

Wilder has not been as vocal or as accessible during this training camp compared to usual. In fact, when the third fight was initially announced for July 24, Wilder made only a brief opening comment at the press conference in Los Angeles and did not say another world, instead letting Scott do all of the talking. He also dramatically cut back the number of interviews he did.

Wilder instead preferred to talk less and train more to get ready for the fight, with a few video clips posted to social media of his training about as much as he has given to the fans in recent months.

“This has hands down been the best training camp I’ve had in my entire career,” said Wilder, who has been a pro since claiming a bronze medal in the 2008 Olympics. “Sometimes you need events to happen in life to bring about changes that you need. We’ve had no distractions and I’m just in a happy state mentally, physically, emotionally and spiritually.

“You’re looking at a rejuvenated and reinvented Deontay Wilder. The old Deontay is no longer there. I can’t explain it to you. I have to show you on October 9. I’m looking forward to it and I can’t wait.”