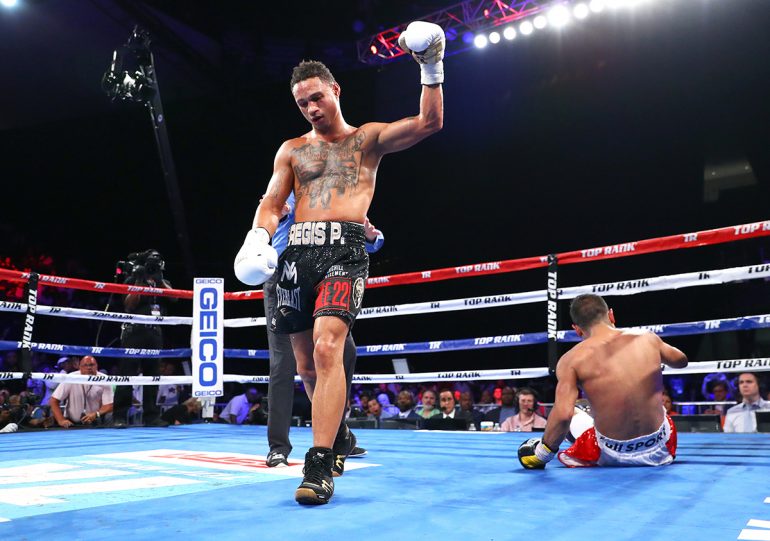 Regis Prograis is the latest boxer to join forces with Probellum.

The former junior welterweight titlist signed a promotional agreement with the company headed by former Golden Boy CEO Richard Schaefer in a deal that was announced Tuesday.

In June, Schaefer announced that he had founded his own promotional company intending to work with Al Haymon and Floyd Mayweather Jr. by the summer. While that goal was missed by the slimmest of margins, it appears they have a potential opportunity to start and finish 2021 with a strong showing.

“Signing Regis Prograis is a superb statement of intent, and we are delighted to have him joining the team here at Probellum,” Schaefer stated. “He is one of the best fighters on the planet, and we’re confident he will become world champion again soon.”

Schaefer resigned from his role at Golden Boy in June of 2014 after Oscar De La Hoya sued him for allegedly breaching his fiduciary duties to the company. Seven months later, Schaefer and De La Hoya reached a $50 million settlement. Schaefer’s non-compete clause expired in August 2020, allowing him to return to the sport.

The 32-year-old southpaw Prograis (26-1, 22 KOs), who is originally from New Orleans, Louisiana, and trains out of Houston, Texas, has won two bouts in a row, both by knockout, since suffering his first loss to now-undisputed 140-pound titleholder Josh Taylor via 12-round majority decision in October 2019.

“Since I started boxing, I’ve always wanted to become a world champion and fight all over the world,” said Prograis. I decided to sign with Probellum because they are holding shows worldwide, and I can achieve my dream of fighting all over the globe.

“It is is something I’ve always wanted to do, and I’m looking forward to this next chapter in my boxing career alongside Probellum.”