Anthony Fowler: Liam Smith’s best days are behind him but he’s got plenty left in the tank 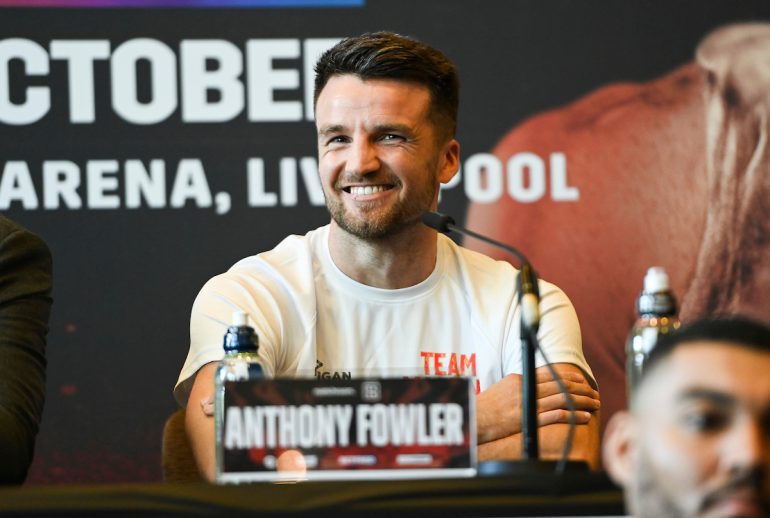 “I’d say excitement is the main feeling,” said Anthony Fowler ahead of the biggest test of his professional career. The Rio 2016 Olympian faces crosstown rival Liam Smith in what threatens to be a violent Liverpool derby on Saturday night at the Echo Arena.

“Obviously we’re all nervous, we’re all human beings, but I don’t feel much pressure. All I feel is I can only do my best and that’s how I feel.”

Fowler, trained by Shane McGuigan, is 15-1 and is moving up in class to take on the veteran Smith, who is 29-3-1 and has been in with the likes of Saul Alvarez, Jaime Munguia and Liam Williams.

But Smith’s now 33 and Fowler thinks the time is right for him.

“I think he’s probably seen his best days. I think his best days are behind him but I think he’s got plenty left in the tank. He’s just boxed 12 rounds and was unlucky not to get it [the decision] in Russia, so he’s obviously still at a high standard but I do think he has peeked, yeah.”

The Russian trip Fowler was referring to was Smith’s controversial points defeat to Magomed Kurbanov in May, which many thought Smith was unlucky not to get the decision in. It showed Smith has plenty left, but it’s the timing that makes this fight so intriguing.

“It was a close fight but I do think he won,” continued Fowler, who said that Smith had never been in his sights as a potential opponent until it was presented to him.

For many, Smith-Fowler was logical but it was hidden in plain sight. It was an obvious fight few people had considered because the boxers were at different stages of their careers but because of that the timing is now perfect.

“It was out of the blue a little bit but in this boxing game you’re always only a fight away from a big step up and with him losing [in Russia], the fight got put to me and I will fight anyone,” said the 30-year-old Fowler. “I’ve always said from day one, whoever’s put to me, I’ll fight them. If I ever avoid someone I’ll retire because the game’s not for me. In boxing, you’ve got to fight everyone.” 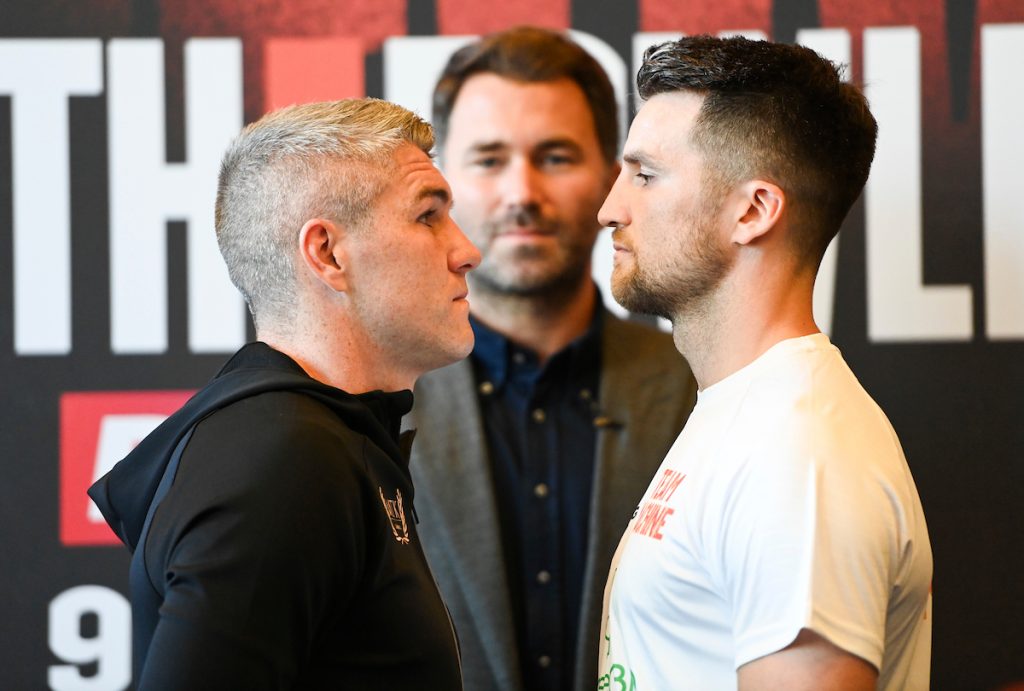 Fowler believes he has progressed greatly as a fighter under McGuigan. His jab, accuracy and shot selection all seem to have improved but there are other areas that have come on, too.

“I think my fitness is much better than it used to be,” Fowler explained. “I can do 12 rounds comfortably in the gym which at Dave [Coldwell]’s was a struggle. At Shane’s we spar a lot of rounds and he works you at a high intensity all the time, even when you’re on the pads, so I think my fitness has really improved and I’ll need it in this fight. I’ve always had a good jab but I don’t think I used it as much as I should have at the start of my career and I think Shane’s brought the best out of me. He’s improved me as a fighter and I’ve been a pro now a few more years so I’m naturally adapting to the game as well. I’m just a much better fighter than I was a few years ago. My last two opponents have both been decent fighters [Jorge Fortea and Rico Mueller] and I’ve knocked them both out so the best is yet to come.”

Should Fowler overcome Smith, which is by no means a given, then what?

Liverpool will be bouncing on Saturday night. It’s the biggest Liverpool derby in years and echoes back to big fights where Liam’s older brother Paul fought the likes of Tony Dodson and Tony Quigley and, back further than that, to when Shea Neary fought Andy Holligan.

It remains to be seen who will be the crowd favourite on the night, but Fowler isn’t allowing himself to consider what the atmosphere might be like.

“I couldn’t tell you, I’m not too sure,” said Fowler, when asked who will receive the loudest ovation. “I haven’t really thought about it. All I’ve thought about is being the best I can possibly be myself and I feel good. I know it will be electric in there, everyone will be up for it. Everyone’s been missing these nights and it’s going to be a good one.”

Smith-Fowler, plus undercard action, will be broadcast by DAZN in the U.S., the U.K. and in other regions throughout the world.

LIAM SMITH BELIEVES HIS EXPERIENCE WILL BE DECISIVE AGAINST FOWLER