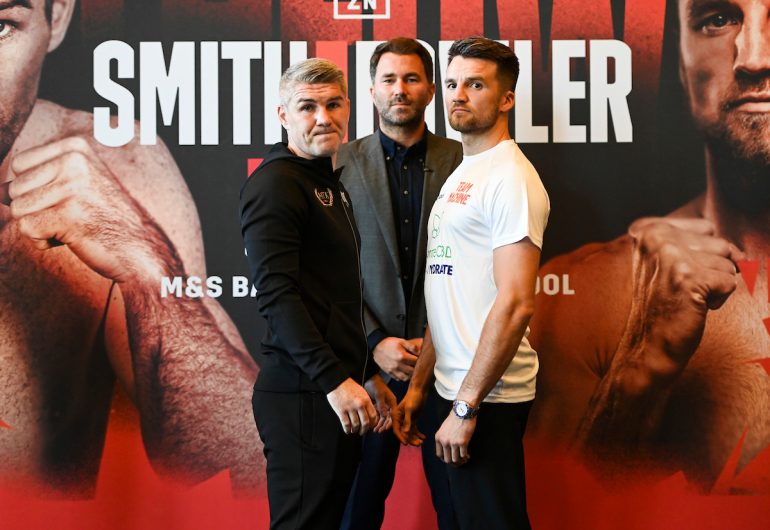 Smith, who held the 154-pound title for a year before losing it to pound-for-pound king Canelo Alvarez (KO 9) in September 2016, appreciates the magnitude of the event in Liverpool but he’s treating this fight like any other.

“I think it’s a big fight for the city,” Smith (29-3-1, 16 knockouts) told The Ring. “For me, it’s just a must-win fight, whether it was Anthony Fowler or a foreign-based fighter coming over here.

“At this stage in my career, taking local pride out of it, it’s just another fight I must win. I know if I turn up 100 percent on my game, I’ll beat Anthony Fowler”

The 33-year-old, who is training for the second time under the watchful eye of former boxer Joe McNally at the famed Rotunda ABC, doesn’t believe that a win moves him significantly up the rankings.

“It’s a fight that pays more than if I took other fights on the table,” Smith explained. “There were higher risk-lower reward type fights being offered.

“[Promoter] Eddie’s [Hearn] a businessman. He knows how the game works, and Eddie wanted this fight with Fowler, so he put options to me that was always going to lead me to the Fowler fight. He offered me half the money to fight Israil Madrimov – a lot tougher fight – knowing full well I was never going to take the Madrimov fight for shit money.” 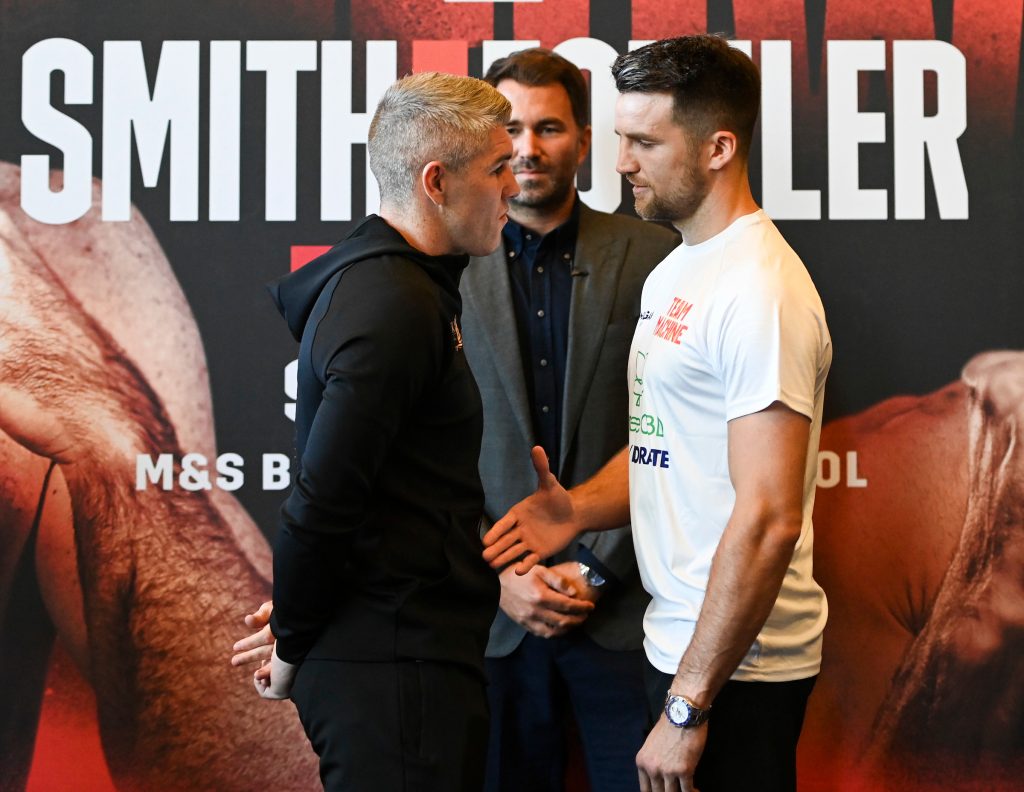 Smith and Fowler know each other and have previously been cordial. However, Smith refused to shake hands with his counterpart at a tense press conference to announce the fight.

However, the former world titleholder is respectful of Fowler’s ability and knows this won’t be an easy night’s work.

“I think he’s improved under [new trainer] Shane [McGuigan], he can hold his base a little better, I think Shane’s got him establishing his jab.”

But Smith still sees openings in Fowler’s game and feels his greater experience will be key.

Smith expects this to be his last fight against a British fighter and has aspirations of reaching the top again.

“I think I’m done domestically after Fowler,” he said. “I fully believe I can challenge and win another world title. Brian Castano is the champion with the WBO, I’m confident I can beat him. [Jermell] Charlo holds the other three. It’s going to be interesting to see if those titles open up in the next 12 months.

Fowler was a standout amateur, winning bronze at the 2013 World Championships, gold at the 2014 Commonwealth Games and he also represented Great Britain at the 2016 Olympics. The 30-year-old won his first nine outings before tasting defeat for the first time against Scott Fitzgerald (SD 10). He has rebounded to win six fights, beating former world title challenger Brian Rose (UD 10), Jorge Fortea (TKO 3) and Rico Mueller (TKO 8). Fowler’s record is 15-1 (12 KOs).

Smith-Fowler, plus undercard action, will be broadcast on DAZN in the U.S. and in the U.K.