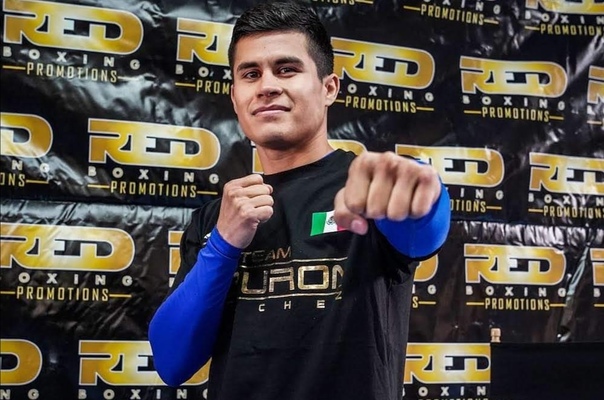 Carlos Sanchez is attempting to make up for lost time. After not fighting for several months, the unbeaten junior welterweight is eager to prove that he belongs in a very competitive division.

Sanchez will face Adalberto Moreno tonight at the Auditorio Zonkeys in Tijuana, Mexico. The 10-round bout will headline a Zanfer Promotions card that will air live on ESPN Knockout (10 p.m. ET/ 7 p.m. PT).

The 26-year-old began his pro career in January 2016, fighting 11 times that year; sometimes times twice in a calendar month. He would fight four times the following year and three more times in 2018. However, there’s no word on why Sanchez remained inactive between December 2018 and August 2020.

Sanchez has won his last three fights by decision after stopping eight opponents in succession.

Moreno (12-4, 3 KOs), who resides in Mazatlan, Mexico, was knocked out in five rounds by Erick Leon in his last bout, on April 24. The 32-year-old has lost four of his last six outings.

In a clash of unbeaten featherweights who reside in the boxing hotbed of Guadalajara, Mexico, Miguel Angel Torres will square off against Edgar Espinoza in an eight-round bout.

Torres (8-0, 5 KOs), who has stopped three of his last four opponents, knocked out overmatched Noe Marquez in the opening round of his last bout on June 26.

Erick Robles (8-1, 6 KOs), who also resides in Ensenada, will square off against Venezuela’s Carlos Mujica (6-0, 1 KO) in an eight-round junior featherweight bout.