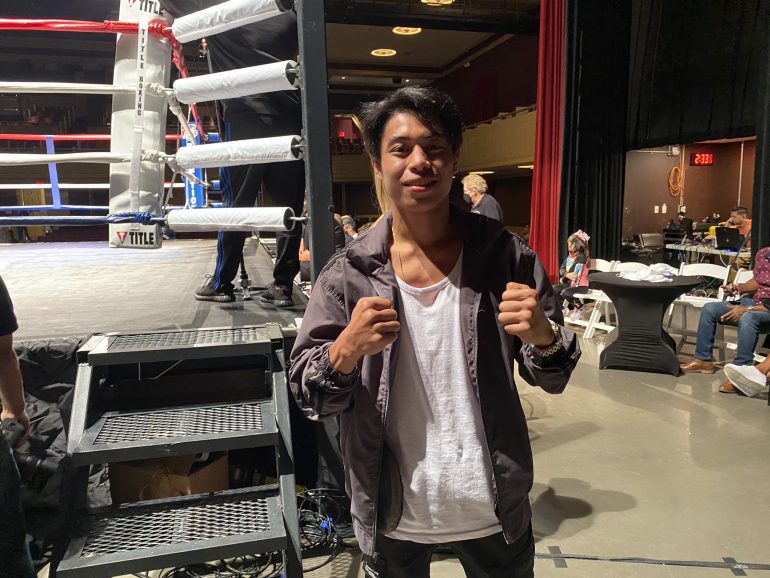 MIAMI — Reymart Gaballo looked up to Nonito Donaire Jr. while growing up in the Philippines. Now he may be his next opponent.

“I’m so happy and glad to fight my idol Nonito Donaire. So hopefully it will be a good fight,” Gaballo (24-0, 20 knockouts) told The Ring in an interview in Miami, where he is training under coach Osmiri “Moro” Fernandez.

“This fight will make me happy because since I was a kid I watched him fight on TV. I didn’t expect I will fight Nonito.”

Gaballo, a 25-year-old puncher from Polomolok, Philippines, is coming off his highest profile fight to win, a split decision over Emmanuel Rodriguez last December in a fight televised by Showtime. Gaballo struggled with the more experienced Rodriguez, but was the more aggressive of the two.

He says fighting against another boxer from the Philippines is no different from fighting any other fighter, since he boxed against his compatriots at the start of his career.

Donaire (41-6, 27 knockouts), a Filipino American, is 13 years older than Gaballo but turned the clock back in May with a fourth round knockout of Nordine Oubaali to win the title.

Donaire has been linked on and off to talks about a unification bout with another Filipino champion, WBO titleholder John Riel Casimero, though personal conflicts between the two have kept the 118-pound summit meeting at bay.

Jim Claude Manangquil of Sanman Promotions, which co-promotes Gaballo alongside MP Promotions, says they are giving no consideration to stepping aside for Casimero to face Donaire instead.

“We are very honored to fight a legend like Donaire but Gaballo is gonna win this fight,” said Manangquil.

“Reymart is in his prime. He beat already beat a world champion [Emmanuel Rodriguez] in his last fight. It is his time now. He will shock Nonito.”