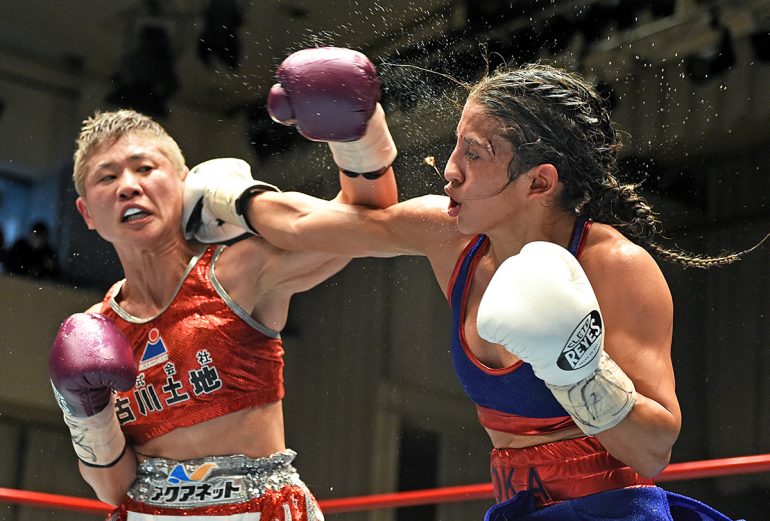 Yokasta Valle has formally invited Seniesa Estrada back to the strawweight division.

It has been a career-best year for Estrada (21-0, 8 KOs), who captured the WBA 105-pound title in March with a lopsided unanimous decision victory over Anabel Ortiz and followed up with a win over former titlist Tenkai Tsunami to lift the WBO junior flyweight title.

After the Ortiz bout, Estrada informed The Ring she was willing to go back down to strawweight.

“I would love to fight again at 105 pounds and unify the division.”

According to Costa Rica’s Valle (22-2, 9 KOs), who holds the IBF strawweight title, Estrada posted on her Instagram story that none of the champions were willing to face her, which drew the ire of her fellow competitor.

“She said that they [should strip us of our titles] because we’re not willing to fight. I responded. I said, ‘Hey, I’m here,” she explained. “In fact, I’m willing to fight her in her hometown of Los Angeles to challenge her.”

When asked if the now-two-division titlist came off as arrogant from her vantage point, Valle did not hold back:

“Yes, a bit. Even without [that post], she comes off arrogant. You can see it. What bothered me is what she said. She said, ‘Look, none of the champions want to fight me and because of that they should take our titles away.’

“And that bothered me because I’m right here. I’m a world champion and I earned my title with blood, sweat, and tears.”

The 29-year-old Valle, who has defended her IBF title twice since defeating former titleholder Joana Pastrana by split decision to lift the belt in August 2019, would love nothing more than to face Estrada in her next fight. However, she understands that she may have to wait.

“If she wants to unify the division so badly, we can make this happen. Seniesa is a great fighter, but I have the other piece to the puzzle.

“Whether it’s the next fight or two fights from now, I want to face Seniesa Estrada. I’m ready.”