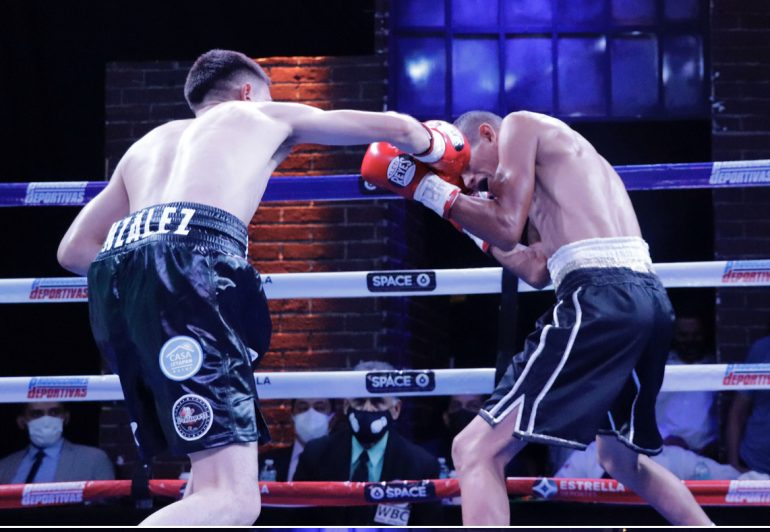 Gonzalez, who resides in nearby Tultitlan, improves to 14-1, 4 knockouts.

The 22-year-old had notched the biggest win of his young career in his previous fight on June 25, defeating former world title challenger Saul Juarez by unanimous decision.

From the opening bell, Gonzalez was the aggressor, putting Cano on the defensive. Under the advisement of manager David Valle, who was working the corner, Cano connected more with left hooks to the body.

Gonzalez continued to punish Cano in round two. More than halfway through the round, Gonzalez landed a left hook, followed by a right hand to the head, dropping Cano to the canvas. 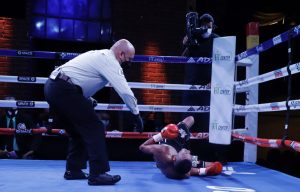 Cano writhed in pain on the mat, see above,  as referee Alfredo Uruzquieta decided to stop the bout at 1:52.

With the win, Gonzalez has won his last eight fights since suffering his only loss as a pro in May 2019 to Angel Ayala Lardizabal.

Cano, who resides in La Tejerias, Venezuela, drops to 14-4, 11 KOs and has now lost his last three bouts.

In the co-feature, junior lightweight Jonathan Ramirez stopped Jonathan Perez (6-3) of Morelia, Mexico at 1:07 of round 4. Ramirez (8-2, 6 KOs), who resides in Guanajuato, has won his last six bouts.

Featherweights Gustavo Pina (10-3-1, 5 KOs) and Yair Mora Deval (5-5-1, 3 KOs), both of whom reside in Mexico City, fought to a technical draw. At the start of round three an accidental clash of heads rendered both unable to continue.

The card was promoted by Ricardo Maldonado’s Producciones Deportivas.